We all want to matter and make a difference. But what happens when we eventually make that difference? Do we pin our self-worth on that achievement or do we acknowledge the grace and gratitude of every moment of our journey? 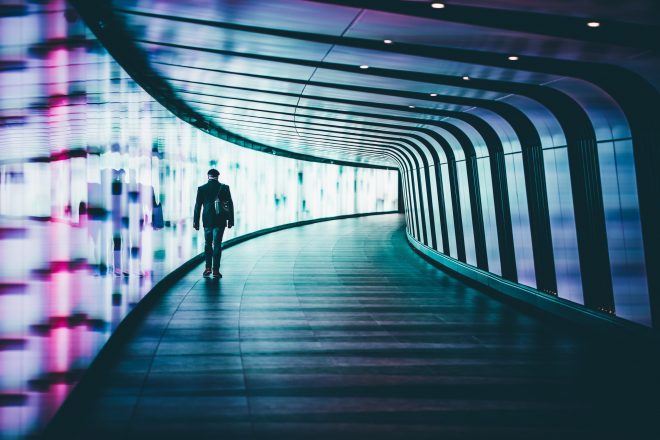 Someone who lives and teaches the latter is my personal friend and mentor, Ken Davis. Ken is a communications expert who trains speakers, writers and other people with a calling how to formulate their message. I've personally benefited from his trainings, and we'll talk about that today. He's also a best-selling author and a world-renowned speaker and comedian!

Ken has been doing this kind of work since 1974 (44 years!), and started as a speaker. Although he attributes some of his career success to God-given talent, he says using humor became a method of avoiding beatings and bullying in high school. Ken found that if he could make people laugh, the bullying would stop. Those people even became companions and friends so he began to use humor to bring people together. From there it developed into a tactic for getting attention, good or bad.

One day in an English class, Ken made an inappropriate remark (you'll hear it on the show!), and the teacher made him stay after school. Ken ended up missing the bus home and his parents had to come to get him from 30 minutes away. While he waited for his parents to arrive, Ken's teacher told him he had a gift and should go out for speech competitions. Just then his parents walked in and the teacher told them she and Ken had settled a small issue.

Ken went out for speech competitions, and won all the contests he entered except for one. He recognized a calling to go into speaking as a profession, and he began working with youth. It didn't take long before requests came pouring in for speaking engagements, and eventually Ken left youth ministry to become a full-time speaker.

Today on this episode of The Portfolio Life, Ken talks about why that transition was difficult for him, what he did to get the phones ringing early on, why he became focused on his health recently, and how he received an acknowledgement from Robin Williams.

To listen to the show, click the player below (if you’re reading this via email, please click here).

In this episode, Ken and I talk about:

On the first 10 years

[share-quote author=”Ken Davis” via=”JeffGoins”]Be grateful for this moment, this moment is not just a stepping stone to something bigger and better.

On comedy, touring and significance

What part of your journey can you be grateful for right now? Let us know in the comments.