Everyone on earth fears the same thing. That’s why horror works throughout the world… I don’t have a secret fear – well, I do, but nobody wants to be naked in front of a bunch of people.
–John Carpenter

Ever stumbled upon one of those bad horror movies on TV and not been able to turn the channel? It's harder than it should be, isn't it? 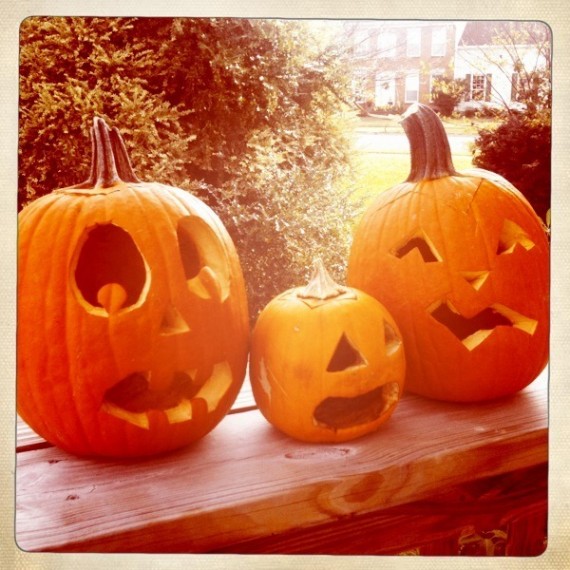 I admit I'm a sucker for a classic scary movie. Especially on Halloween. I just can't help it. I think it's because they speak to my passion for writing. What is it about these films that we find so irresistible?

In a word: SUSPENSE

Believe it or not, there are valuable lessons to be learned from Freddy Krueger, Jason, and Michael Myers that will make you a better writer.

Building suspense is all about intentionality. It takes time and effort. Without it, your writing becomes flat and flaccid.

And this doesn't just apply to horror writing. There is an essential tension to all effective writing that keeps the reader engaged — whether it be memoir, investigative journalism, historical fiction, or another genre.

“Don't look behind you!”

Most people have the wrong idea about communication. They think good writing or speaking breaks down into three parts:

This is, without a doubt, absolutely wrong and ridiculous.

In reality, great communication is more akin to telling a scary story.

Every good horror movie is full of surprises. This is what we love about this genre; you never know exactly what's going to happen. But you know something will happen.

This is why you can't merely tell your audience what you're going to tell them, tell them, and then remind them. There has to be mystery to the story. It has to build on itself.

Don't you hate it how zombies can walk so slowly and yet still kill so many people?

I never understood why Michael Myers could limp down a street towards a topless, screaming girl and still cut her to pieces. But he did. Hundreds of times.

There is something slow and methodical to his rampages that are like a bad dream. No matter how slowly the villain walks, you can't run fast enough.

This is what you must do with your plot. Build it slowly and intentionally, moving towards the anticipated end. Don't jump ahead of each point; focus on what you have to say now. And slowly, but surely, you'll arrive at the end.

Always end with a twist

The best part of a good thriller is the surprise ending. Just think of any M. Night Schmyalan film or Michael Jackson's Thriller music video.

I always try to guess the ending before it happens and rarely am I right. This is why I find these movies so addictive. They're exciting.

A good piece of writing ends with a twist — whether it be Harry Potter, The Bible or The Notebook. And here's mine: I don't really like Halloween movies. But I like good writing. And for some reason, I'll sit through a horror flick, all because of the build-and-release of a suspenseful story.

I want to get better at this — asking and answering questions through my writing. Just like This American Life on NPR. Or A Farewell to Arms. Or even Nightmare on Elm Street. Don't you?