So I’m about 20% into my new novel at this point, and was just struck with a very important realization: I have no idea what I’m doing. But it’s fun to learn new things, right? Well, sometimes. 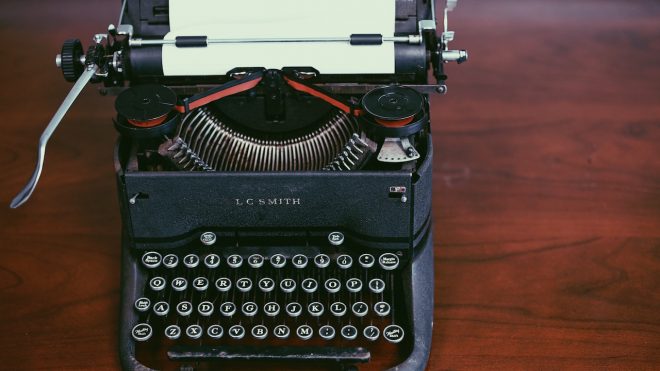 As this challenge gets progressively harder, I’m learning a few lessons about the art of writing fiction (which seems much harder than nonfiction, but maybe that’s just my inexperience talking).

In the past few weeks, I’ve reached out to a number of experts who have done this longer and better than I have, and they shared some core principles I think you’ll find helpful if you are considering writing fiction or have yet to finish a novel.

So, here goes. Three important lessons on how to begin writing a novel from someone who has never done this before, and is mostly faking his way through it, but with the help of some really smart people:

1. Get a strong story idea

My friend and student, Shaunta Grimes, made me do this. Shaunta has published two young adult novels with Penguin and teaches a popular writing course called A Novel Idea. She encourages her students to start with a strong idea for their novel before they even begin writing.

As boring as this sounded, I decided to commit to it and was surprised at how simple and easy the exercise was – and how it served to guide the writing of the book.

In Shaunta’s free course How to Develop and Test a Story Idea, she advises you decide the following before you write:

Then you put them together in five key plot points that will drive the story. It’s a very simple exercise that leaves you with the basic building blocks of a story you can then turn into a 70,000 to 90,000-word novel.

What is a story?

A story, in its most basic essence, is a cast of characters in a certain setting who experience an unexpected situation. It’s something happening to someone somewhere. Here are some familiar examples:

Takeaway: Before you write, you first need an idea of what your story is going to be about. Good story ideas typically involve putting ordinary people in extraordinary circumstances and seeing how they rise to the occasion.

Without an idea, you don’t have a story; you just have words on a page.

Without an idea, you don’t have a story; you just have words on a page.

After deciding what my story was going to be about (an uncool teenager, who is new to town and becomes friends with the popular crowd, is forced to decide if being cool is all it’s cracked up to be), I then had to pick a genre.

I think this makes sense to do after you decide your story idea. Unless you’re dead-set on writing a mystery or a horror novel, I think you need to begin with the story itself, then figure out what genre is most suitable for it. There may be some exceptions to this, but for me, it worked best in this order.

Regardless, after you have a story idea and select your genre, you need to study it. I learned this from Tim Grahl and Shawn Coyne, who host the popular Story Grid podcast.

In his book, Shawn is bullish on the importance of genre. Before you get too far into writing anything, you need to get clear on what kind of story this is.

Why? Because “genres have conventions,” he says.

These are the rules of the genre. And each genre has its own set of “obligatory scenes,” as Shawn calls them. Here are some examples:

How do you find these conventions and obligatory scenes in your genre? You consume a lot of stories.

As for me, I knew my story was a coming-of-age young adult drama, because that’s my favorite kind of story. So what did I do? In the past week, I skimmed every book I could think of and watched a half dozen movies I was already familiar with.

These included: The Perks of Being a Wallfower, The Great Gatsby, The Great Santini, Stuck in Love, Looking for Alaska, To Kill a Mockingbird, Elizabethtown, The Benefits of Caregiving, and many more.

As I read and watched these stories, I took notes, writing down each scene and noticing if something positive or negative was happening to the character. This is something Shawn Coyne teaches – a scene either adds positive energy or negative energy as it contributes to the overall narrative.

You can get deep into genre and spend a lot of time thinking about sub-genre, but be careful not to get lost in the weeds. My friend Kevin, who’s ghostwritten a number of bestselling novels, told it to me like this:

Genre is just a way to guide reader’s expectations. What do you want them thinking when they go into reading your story? Be mindful of that as you write and try not to do anything that would violate their trust.

In other words, you can’t typically write a mystery and use horror conventions. It won’t work so don’t try to force it.

Writing fiction is not just about making up whatever story you want.

3. Plot out the story

Depending on whom you ask, every story has anywhere from three to twelve, or even one hundred plot points. There are scenes, sections, parts, chapters, themes, beats, and more.

It can be kind of complicated and a tad confusing. But I take great comfort in the simplest version of a story, which looks like this: 1) beginning, 2) middle, 3) end.

The more I studied different story structures, the more overwhelmed I felt. Instead of surrendering to the complexity, I went back to the basics and picked the three main story parts so that I could just start writing it.

I did this by following what Steven Pressfield calls the Foolscap Method, handwriting the story elements on an actual piece of paper. Here’s what I came up with:

Is this the world’s most interesting story? Of course not. But it’s one I can tell. Why? Because there’s a beginning, middle, and end.

The beginning is where the hero meets the situation that sets the story in motion. This is what Robert McKee and other story experts call the “inciting incident.” Shawn Coyne calls it the Beginning Hook. This is where the story really begins and it must grab the reader.

The middle is where the hero faces all kinds of trials and conflict, where his abilities are tested. The conflict gets worse, and the drama heightens. Coyne calls it the Middle Build, because everything builds in this section, and you wonder if the hero is going to get out of this one alive.

The end is where the story climaxes and the conflict is resolved. It is, in Story Grid language, the Payoff. This is where whatever you promised the reader at the beginning of the story now gets its due. This is where we find redemption, retribution, justice, forgiveness, success, comeuppance, or whatever moral virtue we’re seeking as readers.

And once you have that, you have a story you can keep tweaking, but also one you can start writing, knowing that it’s going to lead somewhere.

Takeaway: Before you can start writing your novel, you must decide where it leads.

Before you can start writing your novel, you must decide where it leads.

Join me on the journey

I’m not going to lie. This is really hard, and I am really bad at it – worse than I thought I would be. But it’s still fun, and I’m learning a lot. So I hope this helps you.

If you don’t want to miss future lessons and musings on writing fiction from a true newbie, be sure to join my bi-weekly newsletter updates. Also, be sure to check out the links below to other helpful resources.

What is your best tip for new fiction writers? Who are your favorite novelists to learn from? Share in the comments.

Previous: The Old Way is Dead: How to Master a Better Kind of Marketing
Next: 129: How to Build a Community of Raving Fans for Your Book Launch