I have this belief that creative people are more misunderstood than “normal” people. Why is this? 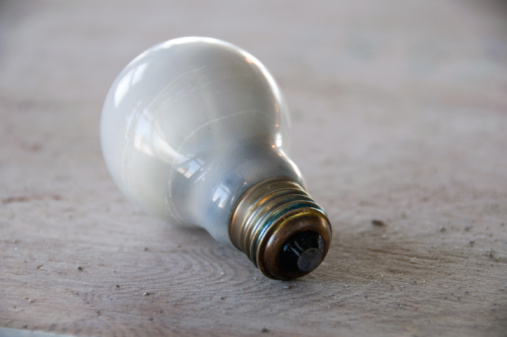 Maybe it's because creative people think outside the box (the truth is often they are often unaware such a “box” even exists).

Or maybe it has to do with the fact that creative people sometimes ask dangerous questions, questions that can sometimes sound silly or antagonistic, but that's not the case. Creatives are curious about everything. They test boundaries, not to be rebellious, but to simply explore — to understand, to learn.

Creative people make others uncomfortable. Often more daring and willing to fail, they are unique — true individuals — and this often threatens the status quo.

The threat of the creative individual

Because they are so different, creatives can be perceived as threats to the institution. Which is unfortunate, because so many organizations are in dire need of more creativity. They're just scared of the people who might bring it.

The world is full of bureaucracies and programs, and because of this, creatives can find themselves frustrated with their attempts to fit in to such systems. They just don't.

Sadly, this leads to them being excluded and feeling misunderstood. At best, they are as a means to an end, a cog in the machine of producing propaganda for the cause. At worst, they are perceived as a threat that needs to be eliminated.

So what do we do about this?

Unfortunately, there isn't a pretty way out of this predicament. To be creative is to be misunderstood. That's all there is to it.

So the question is: will do you the hard work of not fitting in so you can create something that matters, or merely blend in with the masses? What alternative is there in a world of conformists and wannabes? Because who really wants to fit into a system that doesn't celebrate original thinking?

And if it bugs you that this sort of activity is relegated to so-called “creatives” (as much as it bugs me), then maybe it's time you did something about it. Maybe it's time to be creative, time to be misunderstood.

Time to create something worth noticing. Time to challenge the status quo.

Whether you consider yourself creative or not, you can embrace your inner creativity and make your contribution. The world needs more trailblazers and fire starters, more trendsetters willing to buck the system and do something interesting.

Have you ever been misunderstood for your ideas? Share in the comments.