Learn how to build an audience of 100,000 blog readers in 18 months, what it takes to turn pro,
and how to make a difference with your message.
What were you put on earth to do?

In June of 2000, Garrett Miller was diagnosed with brain cancer. He was 5 years old.Days after his diagnosis, doctor’s removed a golf­ball­sized tumor from the back of the little boy’s head.Garrett’s father, Eric Miller, was told that his son only had a 50% chance of living for another 5 years.The surgery left Garrett blind, mute and paralyzed. His parents put him on a ventilator and counted the days they had left with their son.In 2001, one year after his brain surgery and after 6 months of intensive treatment, Garrett crossed the finish line of his first ever triathlon. Instead of waiting for tragedy to take Garrett, his dad encouraged him to do the things he wanted to do. To live life in the moment because none of us really knows how long we have left on this earth.He bought a tandem bike, and before Garrett could even see or walk again they were pushing the pedals together.That was fourteen years ago. 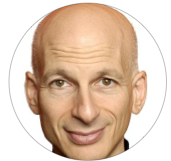 "Jeff is one of the most honest, direct and generous people you will encounter. It takes guts to follow your calling."
- Seth Godin, Author of What to Do When It's Your Turn

Since then, Garrett has competed with his father in more than a dozen triathlons, as well as one on his own. His eyesight, though not fully restored, has returned to the point that he can see blurry objects and shapes. He is still considered legally blind but can do things the doctors said were impossible.He is, without exaggeration, a walking miracle.Garrett found his calling inspiring and touching the lives of thousands of others through his triathlons.Despite the obstacles and the “impossibles”, Garrett turned his tragedy into a miracle.He found his calling.A calling is that thing that you can’t not do, an answer to the age­old question, “What should I do with my life?”And for centuries, people thought of it as something reserved for an elite group of people, for those special few who were lucky enough to be called. 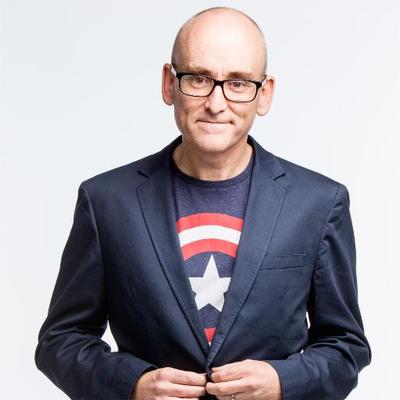 "Jeff’s writing is creative, heartfelt, engaging and effective. Subscribe, follow and befriend him today. You won’t be disappointed."
— Darren Rowse, Founder of Problogger.net

Proven Path to Discovering What You Were Meant to DoI'm Jeff Goins, the author of 4 books including the Art of Work. I believe we all have a story to tell.But sometimes the best stories don’t get the attention they deserve. I’ve been writing for most of my life, but only recently stepped into my true calling as a writerThere is a way to meaningful work that doesn’t force you to conform to your parents’ career path or to compromise your values.I want to help you find that.Enter your email address below...● You will learn the seven pieces of the process of discovering your calling.● You will hear the stories of people who have found their life’s work.● You will see how extraordinary people turn their setbacks into opportunities to help and serve others.● And you will find the order emerging from the chaos that is the task of finding your own life’s work.Click the button below and I'll immediately send you the first chapter of my critically acclaimed book Art of Work as well as several other bonuses.

I WANT TO DISCOVER MY CALLING