In high school, I had a teacher, Mrs. Kuntz, who was so tough on her students that we all feared failing her class. Never before had I worried so much about earning a passing grade, but her high standards made me wonder if I had what it took. 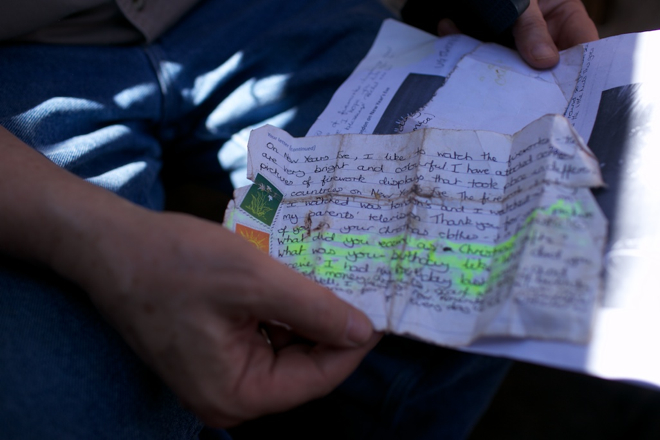 At the end of the semester, I wrote a book report and had to pull an all-nighter to finish it. The next day, I turned it in.

When Mrs. Kuntz returned the marked-up version, my heart dropped into my stomach as I saw all the red marks covering the paper. Furiously flipping through 15 paper-clipped pages, I arrived at the last one.

There it was in bold, red ink:

The teacher who rarely gave out good grades and never offered empty praise gave me something special, something I was sure the other students didn't get. And below the grade was a note:

Please consider a career as a journalist or professional writer. You have a gift.

Nobody had ever said anything like that to me. I still have the paper today.

Words like that, affirming words from mentors and teachers and even strangers, make us into the people we become.

I'm embarrassed to admit this

There's something powerful about words. They can tell a person she matters or that you believe in her. But they can also tear down and destroy, hurt and wound and make a person question everything about himself.

There's no denying it: words have weight. So why do we often disregard their power?

For the past couple years, my wife and I have sponsored two children through two different child sponsorship organizations. And every so often, we get a letter from one, which we read, stick on the refrigerator, and then quickly forget about.

Apart from reading those letters and rarely responding, these kids have not been a part of our lives. I have never gone out of my way to tell them I believe in them or love them or think they're special.

And I am so very ashamed of this.

Because today, I saw what those words can mean to a child.

When there's no one to show you the way

In what's called the worst slum in Uganda, we met a family today that I will never forget. 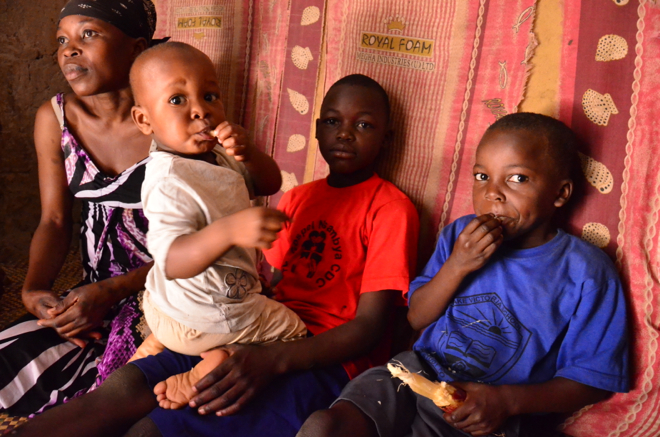 “I led a hard life,” the 25-year-old mother told us, lines on her face revealing an age that exceeds years. Sitting on her newly-swept concrete floor, Shaun and I heard a story we could barely believe.

Sarah grew up outside of Mbale, Uganda in a small village 140 kilometers from the capital. When she was very young, too young to remember, she lost both parents to AIDS, with only her grandmother left to raise her.

By the time Sarah was 12 or 13, her grandmother could no longer afford to support her. So she decided to leave. Hearing of jobs in the city, she stole some money from her grandmother and took the bus to Kampala. 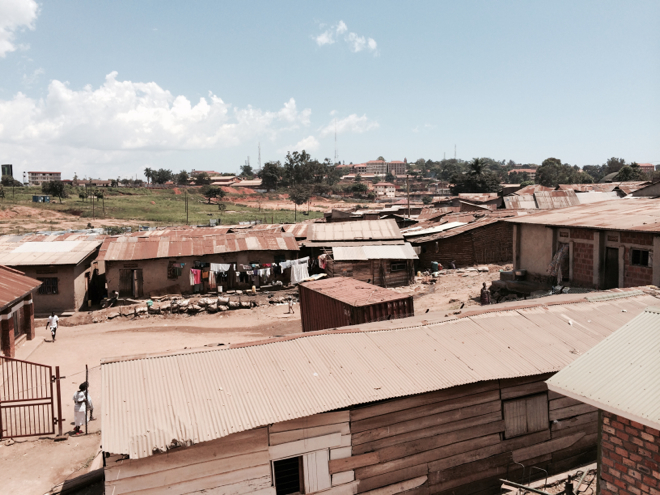 Once she arrived, she didn't know what to do. While staying in the park, Sarah was approached by a woman and told of a way to earn money as a “street child.”

Oh. Right. Prostitute. At age twelve. Twelve years young. A prostitute. Wait, what? A prostitute? As in, paid for sex? At twelve? Yes, that's the word.

“I had many men,” Sarah continued, “until I found one who agreed to stay with me.”

She ended up having four children with three different men, the last of which claimed her youngest baby wasn't his, threatening to leave if she didn't give him up.

While contemplating whether to throw the child away or give him up for adoption, Sarah met Judith, a woman from the nearby church who told her about Compassion and how she could keep her baby.

Without such intervention, Sarah doesn't think she would have survived.

“I would've died already… I had no parents, no one to advise me.”

“Tell them I love them”

Sarah started getting help with paying rent and providing food for her family and entered her oldest son, Dirisa, into the sponsorship program with Compassion.

At age seven, he had started staying out on the streets at night, finding scraps to sell for food, and not returning until morning.

This was her last resort. 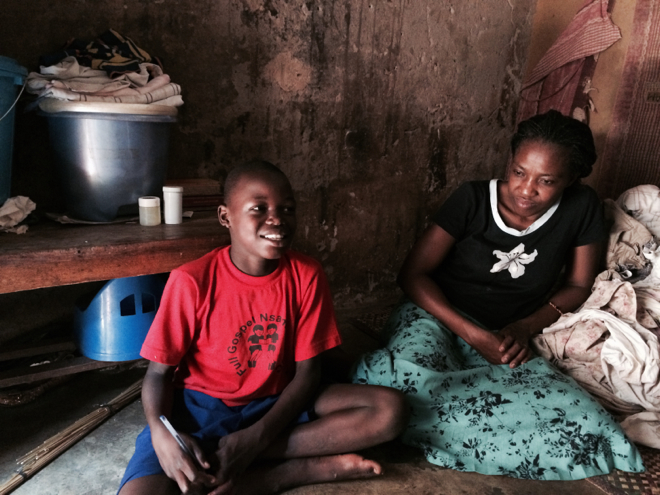 The program is designed for at-risk children who wouldn't otherwise be able to attend school, so Dirisa's situation made him an excellent candidate (those are just a few of the selection criteria). Since joining the program, he's now going to school, has learned to read and write, and no longer goes into the streets at night.

“I am happy, because I go to school and because I have friends,” he says.

I ask Dirisa if he knows who his sponsors are.

“Miss Allison and Emily from the U.K.,” he says without having to think about it.

Have they written him any letters? 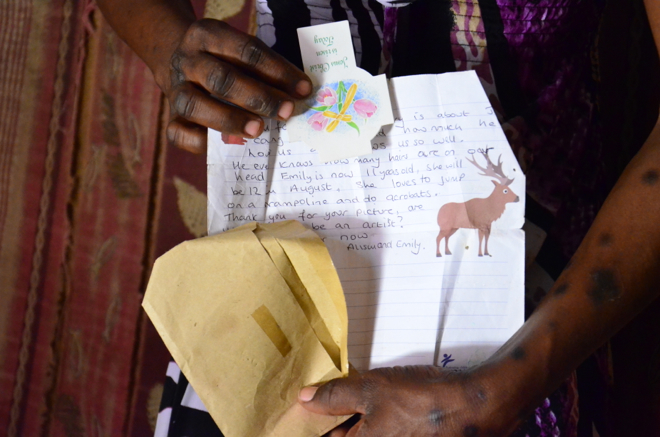 Leaping to her feet, his mother rushes to where they keep such things, removing the letter from a backpack and handing it to me. I pass it to Dirisa. Would he read it?

In perfect English, he does, and out of his mouth comes words from another part of the world, words of love and encouragement. Words he probably has read over a dozen times.

These words hit me hard for some reason, tears welling up in my eyes. I turn to Shaun, and he has the same look on his face. We both know: This is a sacred moment.

“How do the letters make you feel?” I ask.

“I feel good… because very few of us get letters, so I feel very special.”

Thinking of my own sponsor children, I grimace, trying in vain to remember their names. I am so ashamed.

“What would you tell your sponsors if they were here right now?” Shaun asks.

“Tell them that I love them so much.”

What will you do with your words?

Sarah is sick. She has a terminal illness and has lost a lot of weight. Most days, it's difficult to get around, much less do any work. 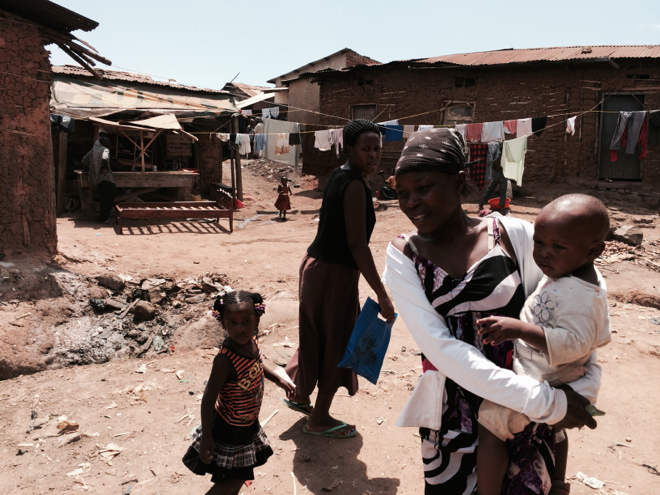 “Is there any hope?” she asks.

Always, I say. There is always hope with God.

When we offer to pray, she asks for a home, one she can afford that they won't have to leave. She is looking for a safe place to die.

Pray for a place to leave my children when I leave this world. 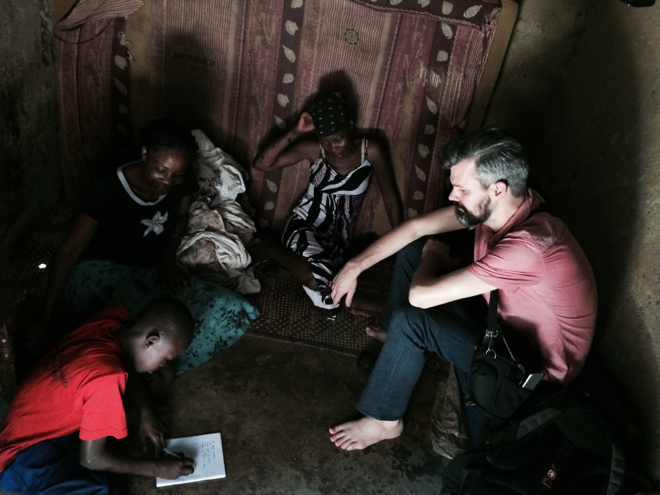 Looking at Sarah, what I want to know is, where were her words when she was young? Who was there to tell her she could be more than a twelve year-old street girl?

The truth is there are millions of Sarahs in the world, and I don't know how to help them all. But I do know how to write a letter, telling a little boy or girl they're special.

And that's a start.

I don't have much, but I do have words. We all do. And what we can do with those words, what we must do, is share them.

“I tell people all the time that if you're not going to write a letter, please don't sponsor,” the former president of Compassion tells me.

I get it now. The money is insignficant compared to the letter that says, “I see you. You matter.” 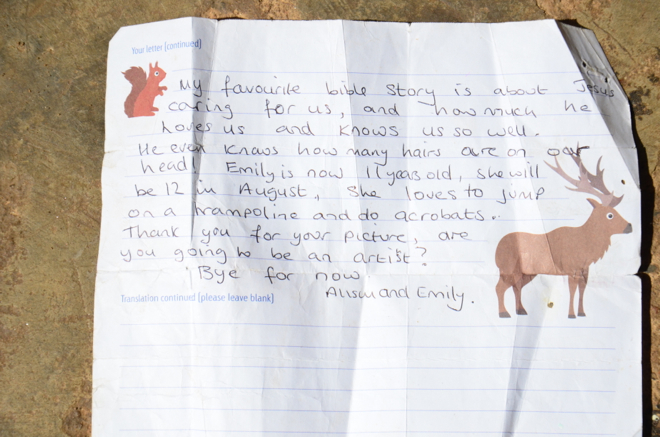 Today in the slums, I saw what such words can do — in the hope-filled eyes of a boy whose smile could not be wiped away no matter how hard he might try.

And I read it in a note from a teacher so many years ago, and it made all the difference.

The part where I challenge you

This month, I offered a daily writing challenge to my readers, and this is the last day. So I want to do something special, whether you were a part of it or not. I want to issue a final call to action:

Write a letter today to someone who needs your encouragement.

This can be a note to your child, a memo to a colleague, even an email to a friend. Make it personal and meaningful and say what you've always wanted to say but didn't. Maybe like me, you need to write one of your sponsored kids. 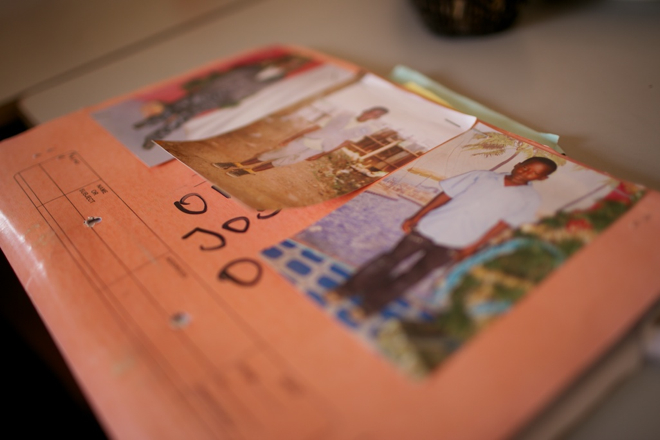 Or maybe you've been on the fence about child sponsorship all week, and now's your chance. If so, I want to take a moment to talk directly to you.

I had no idea how important a simple letter was, especially to a child — until this trip. These kids keep the letters under their beds; they pray for their sponsors, thanking God for them.

Sponsorship is so much more than a monthly check. It's about reaching out to someone somewhere in the world who feels forgotten and assuring them they're not.

And now, thanks to this trip, I can tell you from personal experience that I trust Compassion. They're doing a great job, maybe the best job, at helping rescue children from poverty. 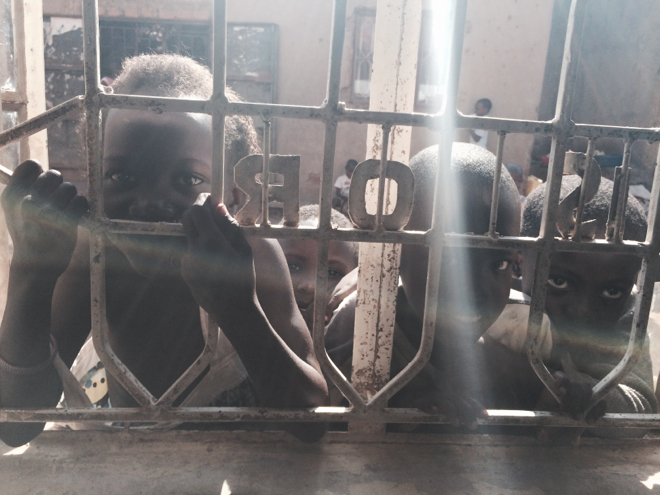 So today, try to make your words matter. Give them away to someone who needs them. Let them heal instead of hurt, inspire instead of overwhelm. And whatever you do, don't make the mistake I did of taking them for granted.

You have no idea the impact that a few simple letters linked together in love can make. (Which reminds me: I've got some writing to do.)

Speak up for those who cannot speak for themselves, for the rights of all who are destitute.
—Proverbs 31:8

[specialbox]Note: Many of you have emailed me saying you've sponsored a new child with Compassion this week. I want to say thanks by giving you a free, signed copy of my new book, The In-Between. Just forward me your confirmation email at jeff at goinswriter dot com with a U.S. or Canadian mailing address, and I'll drop the book in the mail. And for those who have yet to sponsor, if you do that this week, I'd be happy honor that for you, as well.[/specialbox]

Will you take the writing challenge? What will you write and to whom? Share in the comments.

Photos by Mike Varel, Shaun Groves, and me.