When F. Scott Fitzgerald finished The Great Gatsby and sent it to friends, fellow authors, and critics for feedback, he received one of two responses. Neither was particularly encouraging. 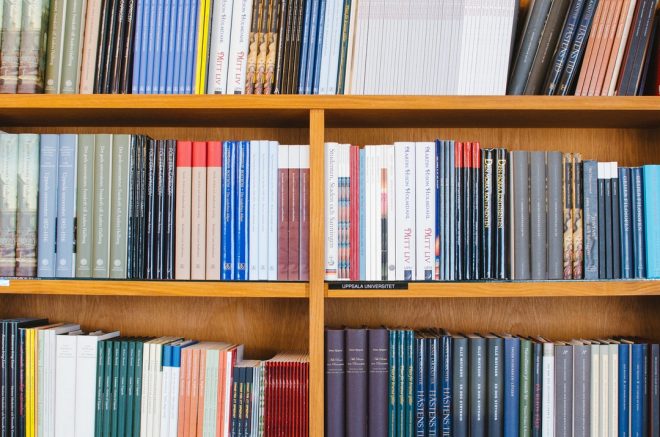 One group said it wasn’t any good. In fact, this was the majority opinion of the work, which didn’t sell that well in Fitzgerald’s lifetime. H.L. Mencken called it “no more than a glorified anecdote” and referred to the author as “this clown.”

A bit more bluntly, Ruth Snyder wrote, “We are quite convinced after reading The Great Gatsby that Mr. Fitzgerald is not one of the great American writers of today.”

The second group, however, was even worse. They liked the book and wondered what Fitzgerald would do next. And that was the problem. After Gatsby, Fitzgerald’s career and life would descend into an abyss from which he would never escape. As a prominent writer of the 1920s who quickly rose to fame and success, making ten times the average income of his peers, he was just as soon forgotten.
​
Fitzgerald never really bounced back from that failure. By all accounts, he was a sensitive soul and didn’t cope well with rejection. His personal life fell apart, too, when his wife Zelda who had been cheating on him was admitted to a mental hospital, and he was left to raise their daughter.

In need of money, he moved to Hollywood to write screenplays and struggled with alcoholism until his untimely death at age 44.

No matter how you look at it, it’s a sad story. What I can’t help but wonder is if the pressure to write something even better than Gatsby was one of the causes for Fitzgerald’s short-lived career, and for that matter, his life.

This is a problem we don’t often acknowledge: the trappings of success sometimes hurt more than they help. So why do we still strive for it?

Why being anonymous can be an advantage

Often, I find myself imagining what it would be like to be more successful. I wish more people read my books or that I had begun writing earlier or that I had saved more money. I regret wasting so much time and worry that I’ll never “catch up” — to what, I’m not sure.
​
We writers don’t like to admit we think about such things, but many of us do. As an online teacher, I tend to run into people who share similar longings:

​Occasionally, I even regret how I began my writing career and wonder what it would have been like to publish my first book to universal acclaim, as Fitzgerald did. What would it be like to be an early bloomer? Maybe not everything I imagine.
​
As it turns out, there are hidden opportunities to the invisibility and irrelevance we all fear. And when you embrace those opportunities, you end up creating better work. We might think of these as “The Advantages of Anonymity.” Here are a few examples:

Granted, we all want our work to succeed, but we forget there’s a shadow side to sudden success: it usually doesn’t last. Fast fame is the quickest to fade. And so perhaps, what we should want more than sudden success is the opportunity to create enduring work.

Fast fame is the quickest to fade.

The opportunity of invisibility

Scott Fitzgerald’s last royalty check before he died was for $13. At the time, The Great Gatsby was practically out of print and couldn’t be found anywhere. What copies had been bought were apparently by Fitzgerald himself. A once-promising writer who was writing movie scripts just to survive now considered himself a failure, and that consideration killed him.
​
These days, we love to glamorize failure. But we forgot how painful and demotivating failure can be, how more often than not it demoralizes a person from ever attempting anything again.

There is, however, another side to failure: we can choose how we see our circumstances. Fitzgerald didn’t have to consider himself a failure. He wasn’t. He’d already published This Side of Paradise to literary and popular acclaim. He didn’t have to drink himself into oblivion or fade into obscurity. He could have kept going, kept working.

And if he had done that, he may have lived to see the success of his greatest work yet.
​
One potential cause for the downfall of this great author may have been the pressure he placed on himself after having achieved incredible success so early.

Maybe he would not have lived so extravagantly so that he wasn't later forced to take on gigs he did not want just to pay the bills. He may not have drunk himself to death or given up writing novels in exchange for screenplays. Maybe he would have been able to endure the criticism long enough to see people to recognize the genius of Gatsby, which would have come had he lived another 20 years.
​
It’s easy, of course, to judge the past with the perspective of the present. But I don’t judge Fitzgerald. I empathize with his struggle to produce something great. And what I recognize in his story is the gift in being largely invisible to most people. It encourages me when I sometimes wish I were a bigger deal than I am. This invisibility means I can move more deftly. And so can you.

​So what do we take away from this, if we have not yet written a great American novel? A few things:
​
First, nobody’s heard of you and that’s okay. Embrace the gift of invisibility and use it to your advantage. Try bold things. Practice without the pressure of having to perform.
​
Second, don't disparage being the underdog. There’s an advantage to being the person nobody expects anything from: many people will want to help you. Embrace this place and let them. Once you reach the top, the same people who helped you get there will now want to tear you down. That’s a hard place to be and an even harder place to stay. So don’t rush it.
​
Third, enjoy your failures quietly. If you try scary things and they don’t work, nobody notices. Success brings with it a lot of expectation, and that generally doesn’t make for great creative work. So enjoy the opportunity you have that Fitzgerald missed out on, which is to fall on your face without anybody talking about it.
​
The truth is there are special privileges reserved for the unlikely and overlooked, and we tend to forget them. This is natural, of course, because we all want the success we see other people having. But let’s not forget that there are disadvantages to that, too.

There are special privileges reserved for the unlikely and overlooked.

So instead of pining for more success or fame, why not use this time? Don’t avoid the spotlight entirely, but don’t race towards it, either. Build your craft slowly, and let the fanfare come when it does. Be intentional, but not anxious. All great work gets its due eventually.

What hidden advantages exist in your own anonymity? Share in the comments.