It was a year ago. I had 15 people working for me, my business was losing money every month, I was stressed beyond belief, and everyone thought I was successful. “You know, Jeff,” my business coach told me, “you don't have to do this.” 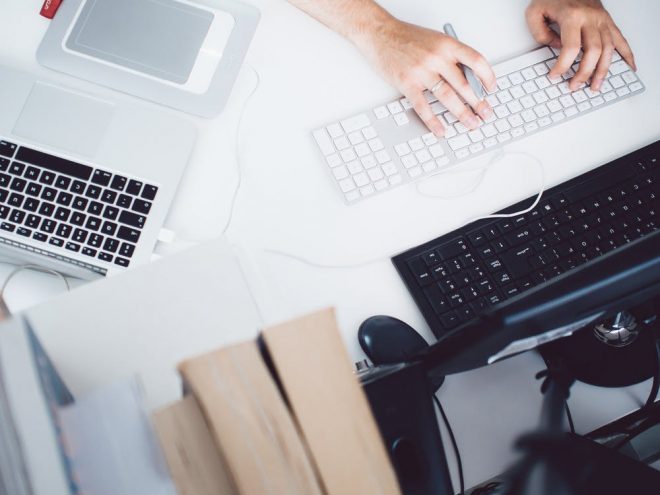 But I did. At least, I thought I did. When you're good at something, you have to keep doing it even if it's killing you, right?

After bootstrapping my company to a million dollars, I was now living in the stressful reality of running a seven-figure company.

So I did what smart entrepreneurs do in this situation. I hired a coach.

I thought things would be easier, but now they were harder than ever. So, I reached out to my friend Casey Graham to help me make sense of this.

Casey coaches business owners on how to scale their companies, helping entrepreneurs become CEOs. Here's what he told me when I asked to stop feeling so stressed about running a business:

First, you'll need to work harder than you've ever worked before. For the next 24 months, you're going to have act more like a CEO and less like a writer. It's not going to be easy, you're probably going to hate it, but in the end, you'll be able to get out of your business and do what you really want.

This sounded like the advice from a friend who runs a software company: “Your life is going to suck for the next two years, but after that things will be great.”

Okay, great, I thought. I can do that. It's only two years. If this is what it takes to succeed, this is what must be done.

Together, Casey and I mapped out a plan that included $600,000 in new salaries, a bigger team, lots of expenses, more work, and even more stress. And for six months, I worked the plan, pursuing this dream of freedom, updating my coach every week.

But each week, my anxiety grew. And each week, Casey told me the same thing: “You don't have to do this.” Still, I kept going.

My love for the work decreased. I stopped writing altogether. As the company grew, expenses increased, and there were even a few months when we lost money. As someone who grew up lower middle class, I worried I was going to bankrupt myself trying to scale this thing.

I was sleeping less, eating more, and not having very much fun. In the back of my mind, I wondered: Is this what growth is supposed to feel like?

How a phone call with Seth Godin changed everything

I shared my concerns with Casey, and once again he said, “Jeff, you don't have to do this. Why don't you take the next few days to decide what you really want?”

I contacted a few friends and mentors, people I'd admired for years and respected how they had grown their own businesses. One person was Seth Godin, a best-selling author and successful entrepreneur. He was someone who represented my equal interests in art and business.

Within an hour, Seth responded to my short email with an even shorter reply: “Call me.” And in the email was his cell phone number.

Over the course of a twenty-minute phone call, Seth blew my mind. He asked about the business — why I started it, how it was structured, and what my goals were.

“I want to spread ideas that change culture,” I said, eagerly.

“That's your mission,” he corrected, “not a business goal. Don't expect to always get paid for your mission.”

“Oh,” I said. “Well, we sell online courses that help writers get paid and published.”

“Because, I guess, I wanted freedom.”

Then he said something I won't ever forget:

Seth laid out two options for me:

“What happens when I'm not paid what I'm worth?” I asked, worried.

“That's why you put half your money in the bank.”

We concluded the phone call with my telling Seth I would consider both options. But in my mind, the decision had already been made.

How I strategically scaled back

The next day, I was making breakfast for my kids, flipping pancakes in our kitchen, thinking about my schedule for the day. I had no commitments 'til 11:30. It was 8:30.

I looked at my daughter and my son who were 6 months and four years old respectively. I thought about spending the next two years of their lives trying to scale a business, which felt like precious time to spend on something I didn't intend to do for the rest of my life.

I don't want to run a business, I thought.

The next day, I started making decisions that over the past six months have changed everything.

First, I right-sized my business. I decided to stop growing. Bigger wasn't better. Smaller was better. More manageable was better. Better was better. This meant making tough decisions — letting go of key team members, canceling contracts with talented people, cutting unnecessary expenses. Basically, doing the exact opposite of what you're told you need to do to “scale.”

Then, I focused on what only I could do. Your “highest best” as my old boss used to call it. For me, that's writing. I knew I was in a bad place when I had outsourced everything I enjoyed doing and adopted a new set of responsibilities that I didn't.

Finally, I decided to stay in my lane. I changed the game I was playing — how I was keeping score, what “winning” was, and so many other things.

I felt a lot happier. I had more time to write, more freedom, and was generally a nicer person. I kept a small but lean team of three full-time employees plus myself. We all wear a few different hats, and it's not always easy, but it works.

Our top line hasn't grown much, but the bottom line has soared. We've basically tripled our profits. We had a 70% profit margin the other month. Crazy.

More important than that, this feels right. This feels like me, not like trying to be other people and horribly failing at it.

It's like that May Sarton poem where she says, “Now I become myself.” In that poem, she talks about trying on other people's faces and it not working, because it never works. That was me. And now, I'm learning how to be okay with who I am and what I do.

Lessons learn on not scaling your business

Seth was right. If you start a business to buy yourself freedom, you are in it for the wrong reasons. Do it because you love it, because it's your calling, not because you think it's going to give you the life you want.

So, here are the lessons I learned:

Today, there is a lot of pressure for writers and creatives to start a business, make money doing something they're not passionate about in hopes of finally having the time to do what they really love. On one hand, there's wisdom here. You don't want to be another Starving Artist, after all.

But nobody ever told me you can create your best work and thrive. For me, that meant having a business but not feeling the pressure to scale it. It meant being content with where I am and focusing on what I want, which is to be a great writer and spend time with my family.

So that's what I did, and I couldn't be happier. If you've felt the pressure to build something big to do what you really want to do, remember these words: you don't have to do this. You can create the life you want without playing somebody else's game.

So what is it you really want? And are you believing the same “the end justifies the means” myth that I was? Share your experiences in the comments.