The dance is tomorrow. She's a cheerleader, you've seen Star Wars 27 times. You do the math.
—Neil, Freaks and Geeks 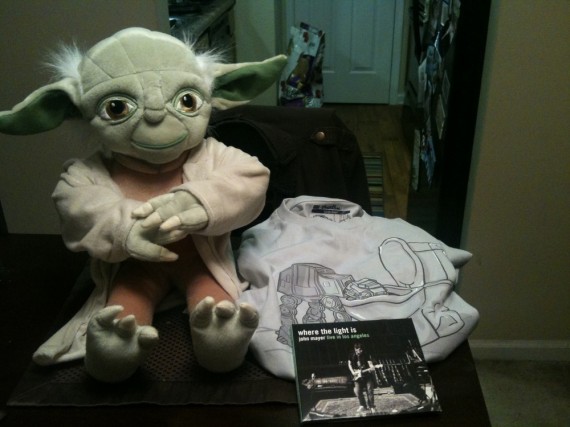 In this new world of creativity and technology, creatives and geeks need each other more than ever.

Despite my best attempts, I'm not really a geek. A geek is someone who understands the difference between PHP and ASP (hint: they're not hallucinogenic drugs). They talk in code: (and write it): “I'm working on an API, using  MySQL, and my ISP is all jacked up.”

These are the “words” that come out of geeks' mouths.

I'm a wannabe geek. I use the tools that geeks make, but don't understand how they actually work. I'm a half-geek. I catch the occasional obscure Star Wars reference on The Big Bang Theory and can fake my way through some HTML coding.

Beyond that, I'm just like the rest of the noobs out there. I'm lost.

In short, I'm a creative. I used to journal and draw on sketch paper. Now, I blog and work with graphic designers. The tools are different, but the end is still the same: I'm just trying to say something.

So, you might ask, what's a “creative” or a “geek”? First things first, let's define our terms. A creative is an out-of-the box thinker — a dreamer, an artist.

And for the sake of this discussion, a geek is a technology whiz, particularly adept with computers, usually.

On the surface level, creatives and geeks are very different. Geeks often think linearly. Creatives jump around from obscure idea to idea. Geeks care about functionality. Creatives just want something to “look cool.”

But the line between creatives and geeks is getting blurred. With so many easy-to-use content management systems, anyone can create a nice website. With the abundant resources of Google and YouTube, anyone can learn how to code without having to get a degree in computer programming.

More and more, I am seeing creatives and geeks partnering together to make change. Geeks need fresh ideas from creatives (even when the ideas defy logic), and creatives rely on geeks for making their ideas happen.

As a creative, I absolutely recognize my utter dependence on this elite class of Mark Zuckerbergs. But I'm also realizing that I have something offer them. When creativity and functionality come together, not in a competitive, but complementary way, it's a win/win.

So, how do we do this? How do we bring together creatives and geeks to make a difference?

Friendships are essential. When I wanted to launch my own self-hosted WordPress blog, I was intimidated, so I called a friend who walked me through the whole process.

Another area of connection is local meetups. These can formal or informal, but these two groups of people need to find more excuses to hang out together. Events that really have helped me grow in my understanding of technology are the “un-conferences” BarCamp and PodCamp. (This is the fourth year of PodCamp Nashville, and I'm posting this as part of the blog tour. If you'll be there, let's connect.)

These loosely-structured, highly-informal get-togethers have introduced me tools like Twitter and blogging, which have become essential outlets for my creativity.

I don't know what you have going on in your city, but there's probably something. Start looking. We creatives and geeks need to start learning from each other.

Are you a creative or a geek? how have you found that you need the other to make a difference in the world?

By the way, the Yoda pic is proof that I've got at least a little geek in me. This was my wife's Valentine's present to me (she knows me well). Also, notice the Star Wars T-shirt. If you don't “get it,” don't ask…