Note: My friend Michael Hyatt has a new video series on designing the best year of your life ever. Check it out here.

“What’s happened to you is rare,” my friend Mark told me over the phone one December afternoon. It was late in the day, but the weather was still warm, which isn’t uncommon for Nashville that time of year. 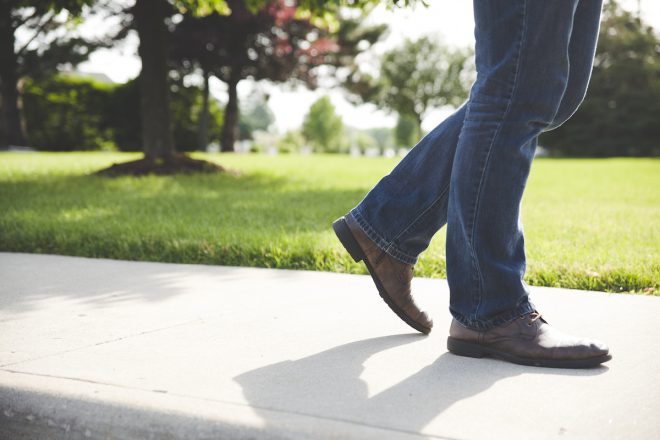 I was on one of my walks, talking to an elder who had mentored me through some of life’s toughest moments. This was an important decision. I was about to decide whether or not I would become a full-time writer.

Before you step off a cliff

At first, Mark thought he needed to talk me off a ledge. “You know,” he said, “there are times in life when you need to pursue money and times when you don’t. I remember working four jobs at one point just to make ends meet.”

The past year had been a blur: I’d self-published an eBook, traditionally published a trade paperback book, sold tens of thousands of copies, launched an online course teaching other writers, and tripled my income.

Oh yeah, and my wife and I had our first kid. It had been a crazy year, and I wasn’t quite sure what to make of it. All my friends were telling me to quit my marketing job at a nonprofit, but I wasn’t sure. That’s why I was talking to Mark.

“I don’t know, Jeff,” my fifty-something friend told me. “you need to be careful with money. It can grab a hold of you and not let go. I wouldn’t do it for the money.”

“Well, it’s not about that,” I said out loud for the first time. “I mean, I like my job. But I dunno. The passion is there, the money is there, the family support is there.”

I breathed deep into the phone as I began to walk up a hill, rounding the first revolution of my block.

“Hang on,” Mark said. “You know, I thought we were talking about one thing, but now I realized it’s something else. Look, what’s happened to you is rare. Nobody saw it coming. I know you, and I didn’t see it coming. You need to consider the possibility that not doing this might be an act of disobedience to God. This might be your calling.”

I hadn’t considered that. The whole time, I had been focused on what I might lose if I chased my dream, if I pursued my passion for writing and quit my job. Would my boss be disappointed in me? Would I fail? Was all the success so far just dumb luck that would eventually wear out?

I never considered what might not happen, what I might lose, if I didn’t at least try.

Three weeks later, I met my boss Seth in Atlanta and told him it was time for me to move on. My only hesitation, I told him, was the fear that I might disappoint him.

“I’m not disappointed,” he said. “I’m proud. I’ve been waiting for this conversation. I think it’s time.”

Three months later, I left my position and began a whole new career that I never could have imagined only a few years before. Since then, I’ve taught thousands of students in an online course, published four books, one of which was a best-seller, and spoken to tens of thousands of people. My award-winning blog is read by millions of people every year.

Not only is this surreal; it’s a surprise. But, I’ve come to find, after talking to hundreds of others who have found their calling, discovering your purpose in life often is.

Listen to your life

Author and activist Parker Palmer wrote in his fantastic book on vocation, Let Your Life Speak, “Before I can tell my life what I want to do with it, I must listen to my life telling me who I am.”

When we consider whether we ought to stay at this job or stick with this career track just a little longer, I think we would do well to ignore the traditional advice of “following your passion.”

Passion, if you’re not careful, can get you into serious trouble. Not only that, it can lead to all kinds of temporary thrills that have no long-term satisfaction or success. A wiser strategy is to heed the counsel of Parker Palmer—to listen to your life.

Look past your current situation and whether you like it or not. Dig deep into who you really are. And then ask yourself, is what I’m doing for a living a reflection of my identity, or a distraction from it?

So many of us hide from our true selves and settle for what Trappist monk Thomas Merton calls the false self. This, he says, is a shadow of the real thing. Like a shadow, it may appear authentic, even resemble the same shape of our true self.

But in the end, it’s just a mirage. And we are in real danger of living through the false self. Because after a while, Merton says, we begin to believe it’s the real thing.

The most dangerous thing you can do in this life is succeed at the wrong thing. To win accolades and affirmations of something you know you are not.

Because when that happens, you are stuck. What can you do, but disappoint everyone and risk failure, to become your true self? And yet, if we find ourselves in this situation, that is exactly what we must do.

[share-quote via=”JeffGoins”]The most dangerous thing you can do in this life is succeed at the wrong thing.

My friend Michael Hyatt has just about the best framework I know for how to address this. He teaches that for most people, they either follow the “drifting” path or the “determined” one. But in between those two extremes is an alternative: the designed life.

The designed life is a way of looking at your life not as simply a goal to achieve, but as an adventure to live, one in which you have more control than you realize.

One of the things that I’m learning about life is that we don’t always have control over our circumstances. But we do have control over who we become, and he’s taught me more about that than just about anyone else.

If that resonates with you, you’re not going to want to miss this new video series from Michael. Check it out and watch the first video for free here.