Apparently, I'm not the only one who struggles to get an article recognized on Digg.

Right now, a lot of bloggers and tech pundits are talking about the death of Digg.

If its traffic history is any indicator of its future, it doesn't look good.

But maybe there is hope for a social network on its way toward demise.

What the heck is Digg?

Digg is a social news site where people can submit news articles, videos, and stories, and vote on their favorite ones.

The vision was to be an alternative media source, finally democratizing the news.

In the early days, it was the key to “going viral” with your content. These days, not so much. 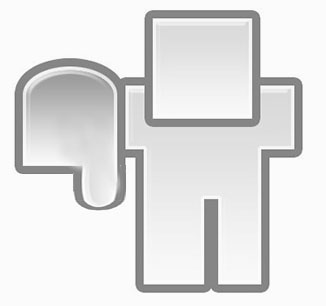 Why it may be dying

The sad reality is that Digg didn't democratize content. Unless you were as sneaky as a crooked politician or a power-user, you had little hope of ever getting to the front page.

According to some, even if you did make it, you couldn't stay there or make it back easily.

So, the loudest, not necessarily the best, voices were rewarded. And the best voices fought back.

Brian Clark (creator of Copyblogger) wrote off Digg in 2007, criticizing them for allegedly “burying” his articles.

Darren Rowse benefited from Digg but swears that generating blog referrals is a much better strategy for long-term traffic. It doesn't seem that he's investing much time in it lately.

According to Tech Crunch, even the site's founder Kevin Rose isn't using Digg that much, any more.

So what'd they do to make so many people check out?

What Digg did wrong was alienate its users by not providing better categories and designing a flawed system, claiming to be “democratic” when actually it was more aristocratic.

In other words, people abused the system.

In fact, Seth Godin predicted the death of Digg in 2006, explaining how the system was corrupt and those creating exceptional content would ultimately lose:

[T]he truly good, the overlooked, the stuff that is built by someone who doesn't know how to IM the top Diggers, doesn't want to pay a bribe or even know how to put in links to the sites–those pages can't possibly compete with the coordinated pencil drop.

I can certainly speak to the issue of poorly-chosen categories.

As someone who reads a lot of motivational and faith-based content, I find it difficult to categorize on Digg a lot of articles.

Moreover, it's hard to find stuff that isn't focused on technology or celebrities. Even a post on writing from my blog would be hard-pressed to find a relevant category on Digg.

Even as I scan today's top articles on Digg, I find mostly inane content:

This is the best news on the web? Really?

I think I'll stick to Stumbleupon and Delicious, thank you very much.

Is Digg dead or not?

Interestingly, in their own words, Digg is still alive and well.

In response to rumors of the site's demise, CEO Matt Williams clarified in a post earlier this week that while Digg hit an all-time low last year, it's on the upswing and in the process of reinventing itself.

Which means that this is a strategic time for writers to let their voices be heard and get the acclaim they deserve.

I'm not sure if Digg's death is imminent, but I do know this:

Will Digg bounce back? Only time will tell. But I hope writers will cease this opportunity for influence.

Do you use Digg or other social bookmarking sites? Why or why not?