It was a routine doctor's visit. Our unborn baby was having his heart monitored because of an arrhythmia they spotted the previous week.

Everything looked fine until my wife asked how big he was and they reattached the Velcro strap to assess his weight.

It all felt very normal.

But then they saw something unusual — something that required the doctor to come back into the room and explain what was going on.

He spoke for ten minutes straight, using words we didn't understand. He made motions and gestures with his hands, and we stared at him, dumbfounded. Then he said five words we did understand:

“You'll be parents by tomorrow.”

That simple phrase changed everything: how the rest of my week was scheduled, what I thought was important only minutes before, and even how I thought about myself. I was now a dad; I had better start acting like it.

At 9:29 P.M. on May 23, four weeks earlier than planned, we became parents to a beautiful baby boy named Aiden Jeffery. He was four pounds, nine ounces, and nearly 18 inches long. He was born a fighter.

He surprised us, like all kids do (I'm told). And I knew in an instant life would never be the same. Thank God.

Here he is, world. Make him feel welcome. 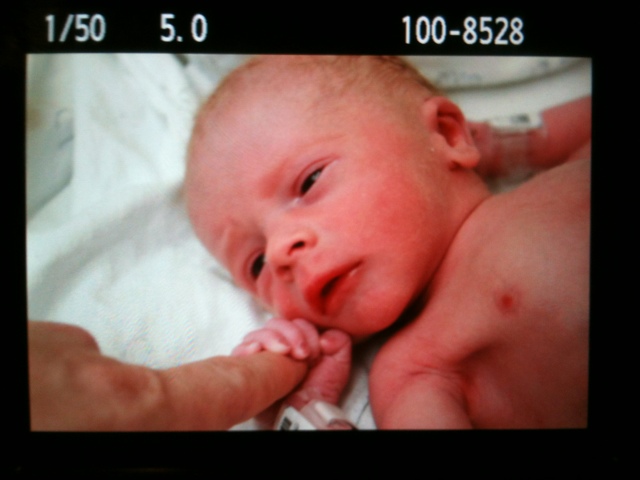