It all hinges on the idea. 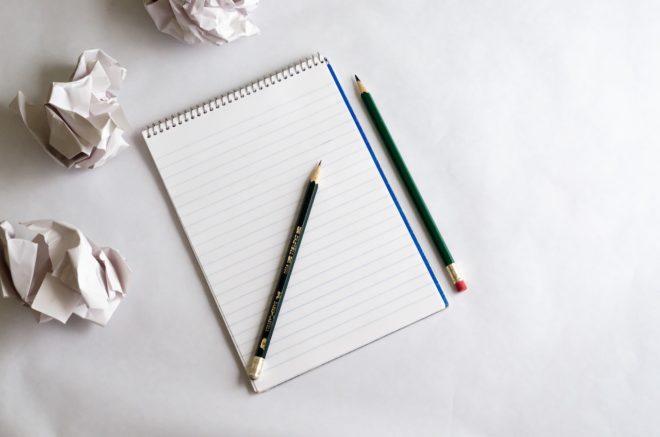 Note: In this article, we’ll be talking about both nonfiction and fiction, but understand I am primarily a nonfiction writer. If you’re looking for tips on how to craft a great story, you won’t find them here. I’ll leave that to those much more equipped to handle such issues. However, as an avid reader of fiction and creative nonfiction, I’m a big fan and appreciator of story, and I’d like to think I’ve learned a bit about what makes for a good story. So I’ll be focusing on the ideas behind the stories. That’s my caveat. Read on.

The process of coming up with a great book idea is comprised of three parts:

Let’s explore each of them in that order.

You can listen to the audio version of this article here:

Capturing the idea: Where good ideas come from

A good idea begins as a very bad idea. That’s how all ideas start. Every serious and successful author I know began with what they thought was a good idea only to realize it wasn’t as great as it could be.

Often in creative work, we experience ideas as potentialities, not as the thing itself. What I mean by this is we see it for what it could be, not what it currently is. It’s sort of like parenting in the sense that we see our child not as what she does in the moment (like smacking her brother in the face, for instance, as my two-year-old recently did) but as something more.

That’s often how it is with writers and their ideas. We get a sudden rush of insight—for me, it’s often a word or phrase—and the energy and emotion comes. We feel that we have to rush back home or hop out of the shower and jot it down or it will leave us forever.

Another thing I’ve observed is how many great writers do not believe that they create the ideas, and therefore they do not own them.

Ruth Stone said that her poems used to fly at her across the prairie, and she would have to race to catch them before they passed her by. Frank Baum believed that he had discovered the magical land of Oz, not merely created it.

Elizabeth Gilbert writes about this in her book Big Magic, sharing stories of authors who did not write down an idea that came to them only to see someone else write about it without any knowledge that the idea had first come to someone else (or maybe, in fact, it had to pass through many writers before it came to be).

The point is, whether you believe ideation is a mystical experience or not, there is this sense in all creative work that our job when we get a great idea (wherever it comes from) is to first capture it, then care for it, to nurture it into becoming what it ought to be.

If I were to write this out in a process, I’d say that first, the idea comes to you. Your job isn’t to create the idea or manufacture it into being. It’s to simply make yourself available to all ideas. There are a few practices I recommend for doing this:

So you capture the idea. You capture lots of ideas. And once you’ve done that, you move on to the next stage.

Articulating the idea: How to say it

A common tactic in marketing is to write a sales letter for a product before you create it. The idea here is to see if you can sell it before you make it. This is also known as pre-selling or product validation.

Tim Ferriss famously did this by buying Google ads for his new book and testing different titles to see which one would work. He basically marketed a fake product to see who would click on what title. What he was left with was the title: The 4-Hour Work Week. Millions of copies sold later, that was a good decision.

[share-quote via=“JeffGoins”]Before you ever create your book you need to know how to sell it.

Before you sell the book, you have to know how to talk about it. So write a sales letter. How does that work?

[share-quote via=“JeffGoins”]Write a book that gives the reader an opportunity to change their lives overnight.

The goal of this whole process is learning how to take an idea and validate it.

Validating the idea: How do you know it’s good?

How do you know you have a great idea?

Simple. You test it. That’s how you can tell if an idea is good or not. With lots of people. Over time. You have to be both patient with a new idea and also relentless. It can’t simply rest on emotion. You have to more than believe this is worth people’s time. You have to know. And the only way to truly know is to get a reaction.

You’ve got to share this thing with other people and see what they say. Are the moved? If so, how? The worst thing for a reader to do is nothing. To say nothing other than “Mm, that was nice.” You want a visceral reaction. If they love it, great. If they hate, also fine. You want something so powerful that it moves people.

It really is true that there’s no such thing as bad PR. The worst thing to happen is for people to dismiss your idea, to passively agree with it and immediately forget it.

What we’re going for here is emotion. That’s how you change people’s lives—you tap into the executive center from which they make almost all their decisions. Not the mind, but the heart.

Once you’re done articulating the idea—once you’ve figured out how to talk about it—now you have to validate it. You have to test it. Here’s what I recommend: go talk to 10 people via email, over the phone, or even better in person. Share your idea with them and see how they respond. You might say something like, “Here’s something I’ve been working on. Can you tell me what you think?”

Don’t ask them “yes or no” questions. You want them to just start talking, sharing whatever reaction they had. If they love you, they’ll probably say nice things to you. That’s all well and good, but you want their help in discerning if this is a great idea or just an okay idea.

You know you have an okay idea…

You know you have a great idea…

The difference between good ideas and bad ideas is this: Good ideas endure. Bad ideas don’t.

A truly great idea can stand the test of time and sit through the scrutiny and shame of disapproval until eventually, people accept it.

It doesn’t mean that some people don’t like it, nor does it mean it’s immediately successful. It just means it can hold up to the criticism and confusion. It can stick around long enough to make a difference.

A final challenge here is to give you something practical to apply this. This is perhaps the most practical thing an author can do. When you’re setting out to come up with a great idea, just steal someone else’s.

I call this the Copycat Strategy. Everyone does it, nobody admits to it.

Here’s how it works:

Today, I’m sharing a live workshop about how to write a book using these writing lessons. Click here to join me.