Two people I knew died this past week. I feel compelled to clarify these were people I met first online and then in real life. But then again, that happens to be just about everyone I know these days. 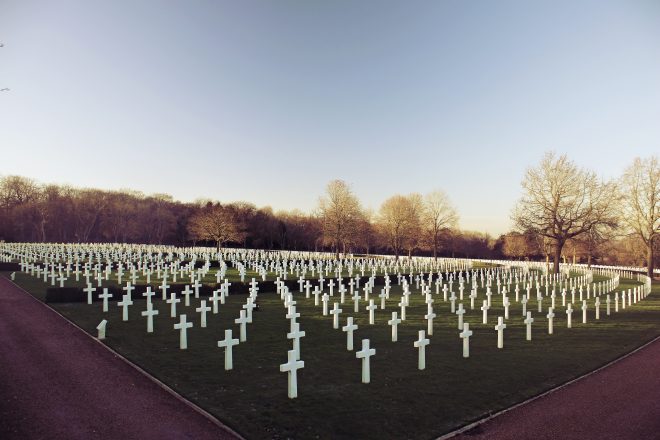 The first news came several days ago when I received an email from the leader of one of my online mastermind groups, with the subject line: “Brian and his family might be dead.” It was 4:30 in the afternoon. I ignored the email.

That evening, just before my son’s bedtime, I gave in to the nasty habit of checking email when I wasn’t supposed to be working and saw a long string of replies to that first email. That’s weird, I thought. All this for something that was surely a joke.

It wasn’t a joke. Brian and his family were all dead. And sadly, we would soon find out that the cause for what the police called an “apparent murder-suicide” was our friend. Brian killed his family. And then he killed himself.

I knew Brian. Not well, but I had met him before. We chatted about life and business and even shared about our families. He was a nice guy. So how does any of this make sense?

A few days later, another member of that same small group of entrepreneurs sent a followup email saying, “The bad news keeps coming: Scott Dinsmore passed away yesterday climbing Kilimanjaro.” This time, I didn’t ignore it. It was true. Scott, another friend from the Internet, had died.

He was on month eight of a year-long, around-the-world adventure with his wife Chelsea. He had just written a blog post announcing he was taking some time to disconnect from technology to be fully present to this adventure he was living.

“Death is still an enemy”

Brian was in his late 40s. Scott was 32. Neither should have died, if you can ever say someone “should” die. And the truth is I don’t know how to process this. I’m feeling a bit numb, I guess, about the whole thing. It doesn’t seem real.

Brian, in the time that I knew him, was always smiling. He was quiet and pensive, more reserved than many members in the group that we both belonged to. To me, he seemed sensitive, like someone would rather listen than talk your ear off. From what I could tell, he was a happy person.

Scott was gregarious. In the words of a friend, he was a “Bro,” a jock who belonged to all the right clubs and sports in high school. But beneath that bravado was someone who was inquisitive and curious and surprisingly humble. He always had more questions than answers. He believed anything was possible and could never wipe that sometimes-ridiculous smile off his face. I liked Scott.

At this point, I am supposed to tell you that some good has come from all this tragedy. But I don’t think that’s fair, and it may not even be true. All too often, I think, we try to glorify death, try to minimize its destructive effects on our lives and pretend that it doesn't wound us so.

I remember once at a funeral, my old pastor was eulogizing his mother-in-law and said the Bible said death was the last enemy to be defeated, “but death is still an enemy.” Those words give me comfort now when I don't know what I should be feeling. There’s something important, I suppose, in having an antagonist in any great story. It helps you remember that what you’re fighting for is worth the battle. Without an enemy, it’s hard to know what’s really at stake.

The first time I experienced death in a very personal way, was when I was a Junior in high school. Doug, one of the most popular kids in my class, suddenly collapsed on the gym floor and died.

We were not close friends, but we had known each other since we were kids. It’s a strange feeling when someone you know dies, especially when that someone seems untouchable, a person to whom nothing bad could ever happen. That was Doug. Tall and blonde and always dressed in Abercrombie and Fitch with his hair perfectly styled, he was who every girl wanted and who every guy wanted to be.

When he died, my friends and I didn’t know what to do. We didn’t celebrate his death as some who had their own wounds to deal with, did And we didn’t spend days crying uncontrollably or sulking through the halls of the school, as his friends understandably did. We were caught somewhere in the middle. We knew this death mattered, but we didn’t know what to do with it.

And that’s often the worst part of grief: the confusion.

We weren’t going to pretend we knew Doug better than we did. That seemed dishonest. But neither could we just go on with life as if nothing had happened. We knew something did. And it was weighing on us, even if we weren’t quite sure what “it” was.

So we went bowling. Just to get out of the house, we'd call up several people and go bowl two or three games, eat nachos, and hang out. We didn’t talk about Doug, didn’t talk about much at all, and certainly didn’t try to comfort one another. We just stayed in each other’s company, which may be the greatest comfort of all.

Years later, I would learn of the ancient rite of shiva, a Jewish custom in which the members of a community sit together with those who are grieving. The point, as far as I understand it, is not to say nice things about someone you didn’t know, eat a casserole, and leave before you miss the evening news. It’s to be together. For a full week, your family and friends sit with you.

That’s what we, a group of nominal Protestants, were doing in the bowling alley three times a week. We were sitting shiva.

Some time around then, another person I knew died. It was an old friend’s brother. He died in a horrible car accident, and the rumor around town was drugs were involved. A month or so later, the second of three brothers took his own life. The family was devastated.

My friend and I were no longer close, so it felt weird when my dad suggested we walk across town to give our condolences. I didn't want to go. “That’s just what you do,” he said. When we knocked on the door, I wasn’t sure what we would say. How could we comfort this woman who had experienced such profound loss?

As my friend’s mom opened the door, my dad started talking from somewhere inside him I didn’t know existed. The piece of the monologue that I will never forget was:

You know, God is our Father. And when one of his children dies, it grieves him. He is grieving with us.

It wasn't preachy or condemning or anything like that. The woman nodded and said thank-you, and we turned around and walked home. And that was it. I don’t remember us attending church in those days, but I do remember never having felt more proud of my dad.

When someone we know dies, we want to try to understand why, and that desire can create a lot of confusion. But there is a comfort in knowing that when you lose someone, in spite of what you feel, you are not alone.

For me, it helps to remember that death is an enemy, and that every great story has one. But that does not make death great or even good. Of course, there are some who will try to explain away the sadness with pictures of loved ones “looking down on us as angels from above.” And that may or may not be true.

But death is still an enemy.

There are others who would convinced us that we are all just soup and these silly emotions we feel when someone transitions from one state of being to another is our un-evolved consciousness playing tricks on us. And that may or may not be true. But death is still an enemy.

Recently, I reread a book from my childhood called The Bridge of San Luis Rey by Thornton Wilder. The book is about a bridge that collapses in Peru in the 18th Century, randomly killing five people. The tragedy is witnessed by a monk who was just about to step out onto the bridge and is left wondering, as we all tend to do when bad things happen: Was there some purpose behind this, or was it all an accident?

The truth is always more complicated. The narrator concludes:

But soon we shall die and all memory of these five will have left the earth, and we ourselves shall be loved for a while and forgotten. But the love will have been enough; all those impulses of love return to the love that made them. Even memory is not necessary for love. There is a land of the living and a land of the dead, and the bridge is love, the only survival, the only meaning.

Last night, I heard that TED.com decided to feature Scott Dinsmore's talk on finding work you love on their homepage later this week. This was a dream of Scott's and the result of his fans petitioning in light of his untimely death. So I suppose you could say that good things do come from bad and that life can spring from death. But I wish you could have one without the other.