Note: This is part of a 7-day challenge called “Please Don't Starve” which is intended to help you create and sell your first product in a week. To learn more about the challenge, click here. Today is Day 3.

One of the challenges of being a creative professional is that you aren't always sure what people will buy. It often feels like a game of Roulette, in which you try a lot of things, hoping something will work. But what if it didn't have to be that way? What if you could sell something before you ever created it? 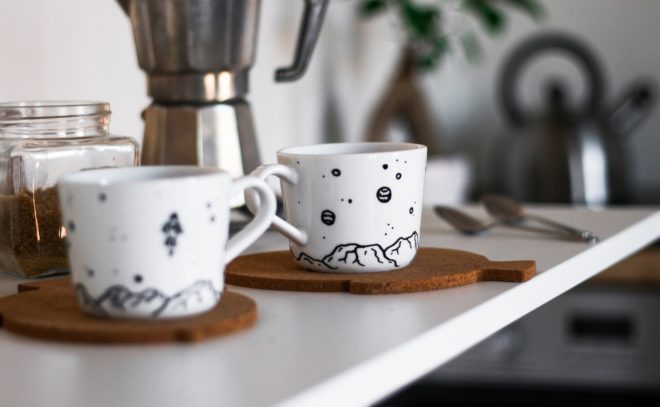 Listen to the audio version of this lesson here:

My son recently started his own comic book store. Every morning around 7 a.m., we hear him screaming, “Comics, comics! Get your comics! Comics!” He's gotten so excited about this business that he wants to take his comics to the street and sell them to passersby on the road.

Every morning, he makes a whole new batch of comics and tries to sell them. But the more he does this, the harder it is to sell to his target market, which is his mom, his sister, and me. He's eager to grow his business and wants to reach more people but doesn't know how to get them to buy. Which is why I told him, “What if instead of making things and trying to sell them, you started asking people what they wanted and then made that?”

So he started with who he knew—his family members—and started asking us what kinds of stories we wanted to read. My wife is particularly partial to Aiden's superhero-self named “School Boy.” His sister likes “School Girl,” who was based on her. And I like USA Boxer, which is a brand-new type of superhero who is usually good, but “sometimes bad” (I prefer complicated, brooding antiheroes).

When he started selling those stories, we couldn't help but want to buy them. They were exactly what we asked for.

I was first introduced to this idea by Brian Clark when I heard him say that he started Copyblogger without really having a business model in mind. He didn't have anything to sell but believed that if he could find the audience, then the product would take care of itself.

This is how I launched my first major product and almost every successful book, course, and event since. It turns out that if you build it, they won't necessarily come. It's better to find a way to find the audience and then figure out what they want, and sell them that. In fact, the handful of times I've had a few epic failures only occurred when I refused to do this. Stubbornly, I assumed I knew what my audience wanted without testing it.

When in doubt, and you're always in doubt, verify.

So that's what we're going to do today. Find the audience. Sell them something. Then build it.

Here's how it works.

Finding the Audience: Make a List of Your Dream 100

You probably have some idea of what you want to make. Maybe it's a course or a book or a coaching practice. Whatever it is, hold on to that idea for now. Let's not get ahead of ourselves.

Your idea right now is precious. It's beautiful and wonderful and exciting. It's also not real. Even if it exists, if nobody is buying it, it's not real yet.

So how do we make it real? We start by finding the audience. Go back to yesterday’s exercise in which you listed out 100 people you knew who might be interested in your idea. Again, at this point it's just something vague, some solution to a problem that you think will resonate with people. That's all you want to know. Who struggles with this problem and would they be interested in what you have to offer?

Make a list of those people. They need to be people you can contact via email or text or through some direct means like Facebook Messenger. This was your assignment for yesterday, but now we want to take it another step. It's time to make the ask.

Making the Ask: Look for the Yes

Sales is simply a process of finding the yes. Whatever it is, your job when selling someone something is to get them to say “yes” to whatever you can deliver on. And this always starts with an ask.

In order to make the sale, you first have to make the ask, and making the ask is really a series of questions:

Again, the rule here is to get the person saying “yes” to small things so that as you get farther and farther down the road, the yeses become more substantial and you're building momentum and excitement along the way.

Once you get one “yes,” you are now in business. It doesn't matter if you have only found a single person to give you a dollar. Obviously, you won't want to stay there, but this is enough to keep going. You are now in business, and what you do next is simply scaling the growth you've already experienced. The hardest step is going from 0 to 1, and you've done that. Congratulations. However, until you've done that, you are simply dreaming.

For the purposes of this experiment, I suggest you shoot for 10 yeses before moving forward. This will let you know that it's more than just a fluke and it'll help you see some trends. You're still in the “alpha” stage of your product, but it's enough to get started. Now, you can build it.

Granted, this isn't my area of expertise but it's something I've done a number of times and can vouch for. For more on this subject of validating a product before selling it, I highly recommend you read this article by my friend Bryan Harris:

I've read it many times and often do so before launching a new product.

Again, the idea here is before you build something, pre-sell it to an audience, asking exactly what they hope to get out of the experience. Create a Facebook group or a small email list to interact with them to find out how you can build this thing exactly to their specifications.

Do what Aiden did, and you won't have to worry about people not wanting what you're selling.

Today, your exercise is to take your list of 100 people you want to work with, pitch them, trying to get as many yeses as you can. About half the people probably won't even respond.

That's fine. Just keep sending the same template email or text to everyone.

Then walk through the questions in today's lesson. Your goal is not just getting 10 people to say yes, but to get them to pay you.

Remember: this is all just an experiment. Every lesson you learn is a win. Post your results in the Facebook Group.

See you in the next lesson.