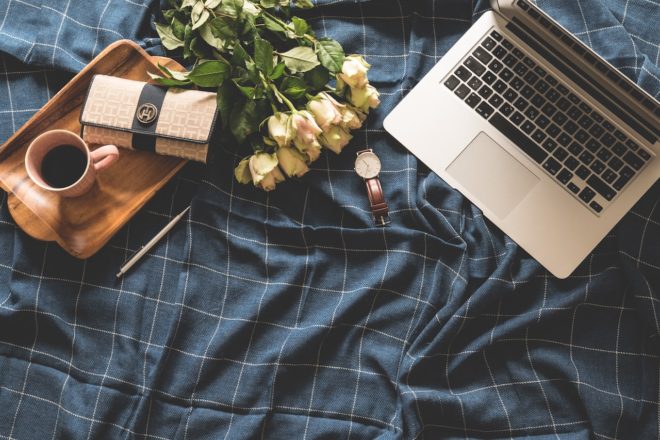 I once saw a conversation between Michael Hyatt and an upset fan. The fan started complaining about how Michael didn't really care about people and all he cared about was money. He started to attack how Michael conducted himself on his blog and podcast. The fan ranted and protested, and as I watched this go down on Twitter, I wondered what Michael might be thinking or feeling. I know what I would've been feeling at that point: a strong need to defend myself. However, when I saw Michael's response I was blown away. He said quite simply, “I'm not for everyone.”

Did you know that your work is not for everyone?

But at some point along the journey, we lose our way. We start to think about who might not like it, and as we consider those who may disapprove, we start to hedge. We play it safe, removing any strong language that might lead to people disapproving of our work. They might unsubscribe or ask for a refund, we think, so we do whatever we can to avoid their criticism. But here's the problem: The kind of work that doesn't deserve criticism doesn't deserve praise.

Read that again and let it sink in.

If you don't do something worth criticizing, you aren't doing something worth appreciating. So as we venture forth to make our work and share it with the world, we have to consider a few questions.

Who am I not trying to reach?

Before we think about who this work is for, it would be a better strategy to consider who this is not for.

Who is going to disapprove of this?

Who is going to hate it?

In the “growth hacker” marketing community, thinking about who will absolutely hate your work is one way to stir up buzz around the product.

If this thing is not worth hating, at least by someone, is it even worth creating?

What will it not do?

What will this thing just not do? What features will it lack? If the work is not for everyone, then there will be things that you don’t do that other people will want you to do.

My favorite coffee shop only serves coffee and milk. No sweeteners, no fancy flavors, no tea. They don't even serve decaf unless you want to get it as an espresso drink. There are no vanilla lattes, no whipped cream, no cinnamon sprinkles. There is only coffee and milk. That is what they serve, and plenty of people come every day asking for vanilla in their lattes or cinnamon with their cappuccinos, and they politely decline by saying, “We don't do that.”

So what do you not do that people would prefer you do? This is a really difficult decision, but it is important to determine who your work is for and not for by considering what you will not do. Not cannot, but will not. This is not a question of ability but of choice.

Someone once asked Bono how U2 got that famous sound so many artists have since tried to copy. How did Bono respond? He said,

You know we were just trying to do with all those other bands were doing in the 80s, but we weren't good enough so this is what came out.

Something surprising happens when we begin to focus on our constraints: We begin to find our true art. What are the things you tried to do when you were attempting to copy someone, and instead something else came out?

There is a tactic, a well-known secret amongst authors, that the way that you find your voice as a writer is to simply copy the styles of other authors. I wrote about this in my book, Real Artists Don’t Starve, and I talked about the importance of Stealing from the Masters. Hunter S. Thompson copied every single line, word for word, of The Great Gatsby to simply get a feel for what it felt like to write that way.

One of the things that we do by stealing from other people is we get a sense of what works for us and what doesn't. We all have attempted to do something the way somebody else does it and fallen short, and what we're left with is what comes out.

This is something that I learned in the past four years from running the Tribe Conference: the things I was most embarrassed by, the things that I wished I could change, were the very things people loved. So your greatest embarrassment just might be your advantage.

In The Obstacle is the Way, Ryan Holiday shares story after story of famous artists writers creative athletes who embraced their limitations and used them to succeed, not by working around them, but by working with them. By embracing our trials, we can turn them into triumphs.

[share-quote via=“JeffGoins”]By embracing our trials, we can turn them into triumphs.

What will you say no to?

A third question to ask in this process of finding out who our work is for is considering what we will say no to. What opportunities will you turn down?

Ken Davis once told me a story about becoming a well-known comedian and public speaker and getting invited to do a prestigious event for a group of CEOs at a business conference.

The requested topic was outside his area of expertise, but the fee was substantial and hard to turn down. So, he read every book he could find on the subject and put together a fantastic presentation on the subject, but when it came time to answers the audience's questions, he was done and in his words “found me out for the fake that I was.”

He did not know what to say because he did not have a deep knowledge or experience with the subject matter. He only knew what he had read. So what did he do? He gave the money back, and never took a gig like that again.

At a certain point, the graph seems to flip and the more you say yes to something the less successful you are because you get weighed down by distractions instead of focusing on your true work.

This, I find is often the case. You find your core work not by knowing what it is before you set out, but by trying enough things that you find out what it is not. And whatever is left must be the thing you were meant to do. It is not a particularly elegant way of finding your true work, but that's sometimes how this has to work.

Do more of the work that matters

As you set out to do your best work in finding your true audience, the tribe that is meant for your message, it's helpful to remember that your work is not for everyone and that is the point.

By answering a few important questions such as who is this not for, what will you not do, and what opportunities will you turn down, we are able to embrace the opportunities that will help us do more of the work that matters to us for the people that it was meant for.