Before you build a product, create a whole program around a service you offer, or start printing business cards, you need to first see if you can sell something. And this is simpler than we realize. 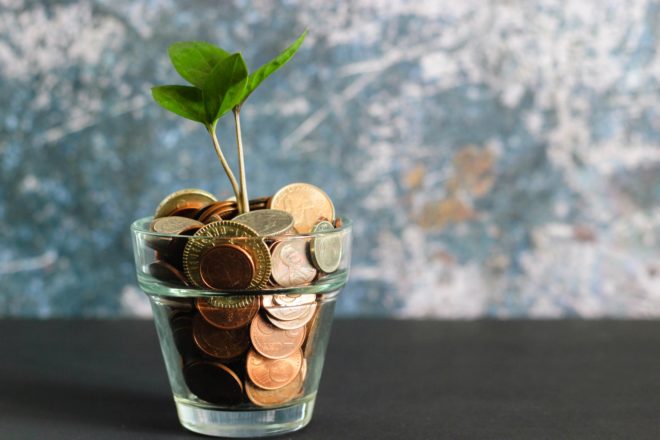 This is the Day 5 in a five-day challenge on getting paid to create. To see previous days, check out: Lesson 1, Lesson 2, Lesson 3, and Lesson 4.

So far, we’ve identified why we create, the importance of making money off our art, how to know what to sell, and to whom, and so now… it’s time to sell. Yesterday, I asked you to find out who might be interested in your product, that is how you choose to package a solution to a felt need. I wanted you to float the idea out to a small group of people for feedback.

At this point, you’re trying to gauge demand. Ideally, this would be done through a survey or some kind of open forum whereby people can freely respond, “Yes, I’d love to buy that book or listen to that song or take that course!” When you get a good amount of people telling you this—say, ten or so—you’ve demonstrated that there is some demand for this idea of yours. Now, it’s time to validate it.

This is the point at which most people rush ahead of themselves. They either create what they want without considering what other people actually want, or they rush to make it at the first sign of interest.

The truth is before you start building it—your product, service, or offering—you first have to sell it. That’s right; sell it before you make it. This is the only true way to verify if someone really wants it as opposed to their just saying nice things to you. Because many people won’t tell you the truth. Your friends or family will tell you nice little lies, like “oh yes, I know lots of people who would buy that!” Or they might say, “I would totally read that book!”

And you should not believe them. Don’t believe anyone until they pay you. Because that’s when the rubber meets the proverbial road. That’s when you really know if someone values something when they exchange actual money for it. So what do you do?

Sell one. Not a hundred. Not a million. Don’t buy a warehouse or get a VC just yet. Don’t launch your Kickstarter or tell the world about your new thing. Just sell one. This is the hardest part of business: going from zero to one. From nothing to something. Everything after that is about scale.

This is often called product validation, and it’s very simple but often overlooked. People buy the idea of something before they buy the actual something. Think about it. When you see a product on Amazon before you add it to your cart, you are, in your mind, buying that thing first as a concept. Which is to say, you aren’t buying the thing. You’re buying the idea.

This is always true. So before we create our product, let’s sell the idea to someone. A few someones, perhaps. And once we’ve received actual money for this thing, we can start building it.

Today, we are going to up the ante and ask you to ask someone to buy this something from you. How do we do this? Very simple:

This process isn’t necessarily easy, though many would encourage you to just pick any old idea and try to run with it. But I’ve done this many times and failed. A few times, the idea has worked, and it’s led to millions of dollars in sales. I am often surprised by the ideas that take off and the ones that flop. The trick here, I think, is to learn a certain level of resilience and not get too attached to any particular idea.

That said, this process works if you do. So what do you say? It’s time to start selling. Once you’ve made your asks, come back to the Facebook group and share your experience in the group.

Today is the “last day” in this challenge, but I’ll be following up more with you over the next several days, sharing some next steps for you to take your idea and scale it into an actual product. I’ll also be checking in to see what questions you still have and invite you to a live training and Q&A discussion where you can share any struggles you’re still having about getting paid to create.

My goal with this challenge is to help you go from zero to one and give you the roadmap to keep going. Sound good? In the meantime, you’ve got some asks to make. Circle back in the private community and let us know how it went! And if you missed a day, be sure to go check out that lesson.