My first year out of college, I didn't make any money. Instead, I spent the year traveling across North America with a band. We even spent a short stint in Taiwan. We were huge in Taipei. Moving from city to city, we would play shows in exchange for tips and often a free meal. 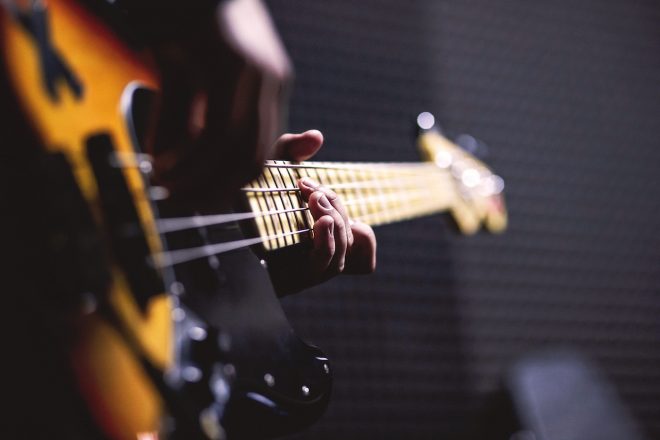 No matter where we went, we always met a well-intentioned family who swore their casserole was the world’s greatest hot dish. And so it went. For an entire year, we lived off the generosity of other people, staying in their homes and eating their casseroles.

Everything we did that year cost something. The gas for the van. The meals on the road. The occasional night in a hotel when we couldn't find a host home. It all had to be paid for by someone.

But that year, my six bandmates and I didn’t have to worry about that. Because there were people who were concerned about those things for us. They paid our bills and took care of our expenses so that we could focus on playing music. These were our manager and booking manager, as well as those incredible people who took us into their homes.

There is a word for such a person. It’s an old concept, and although we don’t use the term too often today, the idea endures. The term we might use to describe a generous person who provides for the livelihood of an artist is an unfamiliar one but it shouldn’t be. Because wherever we look, these people are all around us.

What do you call such a person who pays for the livelihood of an artist?

A patron, of course.

The richest artist of the Renaissance

In one of his poems, the Renaissance artist Michelangelo, renowned for his frugality and simple living, complained that his art had left him “poor, old and working as a servant of others.” A recent discovery, however, reveals that Michelangelo might not have been telling the truth.

In the mid-1990s, an art professor at the University of Syracuse in Florence named Rab Hatfield stumbled upon two previously unknown bank accounts held by the famous Italian artist. He discovered a fortune worth what would be nearly $47 million USD, in effect making Michelangelo not only the richest artist of his time, surpassing the wealth of contemporaries such as Raphael and Leonardo da Vinci, but one of the richest artist the world has ever seen.

We are used to telling a story about art and money that has endured for years. We tend to pit creative genius against financial, as if the two cannot coexist. We even have terms like “starving artist” and “sellout” to reinforce this tension.

As a writer, I am prone to such a dichotomy myself, believing that commercially successful work and meaningful creations are mutually exclusive. But what if that weren't true? What if the image of the starving artist slaving away at his creations without pay was almost always a myth?

What if art and money have maintained a relationship that goes back to the very beginning of time? Would that change the way we approach both art and money?

There is, I think, a felt need to resolve this tension between doing work that matters — what we might more broadly think of as “art” — and making a living.

It’s easy to polarize these as opposites. When we see a fringe musician achieve phenomenal success and then seemingly alter the style of her music, we say that person has “sold out.” We long for the more innocent days of her purer art, when she wasn’t tempted or tainted by riches.

But is this always the effect when art and money collide? Or are the two more closely related than we would like to believe?

In every era of human history, artists have had to confront the issue of how they will earn a living. Will they resign themselves to a bohemian lifestyle, wallowing in squalor while hoping to create work that endures? Or will he give in to the temptations of commercial enterprises, mass producing work that is popular but ultimately unimportant?

Maybe there is a third way.

I want to argue that every artist, and by that I mean anyone who offers a meaningful contribution to the world, needs a patron. Some will be lucky enough to discover a generous benefactor to pay their bills, while others will find supportive communities to fill such a role. And even others will find ways to become their own patron, as Michelangelo did.

[share-quote via=”JeffGoins”]Patrons do not just make the arts possible. They make the world we inhabit possible.

What is an artist?

An artist is anyone who does meaningful creative work and struggles with the tension between doing something important and something that pays the bills. Those of us who want to make a difference with our vocations, at some point, have to grapple with how we pursue personal mastery of a skill and still buy groceries.

What is a patron?

Patrons, though we often don’t recognize them, are all around us. The publisher who pays an author an advance before her book sells a single copy is a patron. But so is the venture capitalist who funds a startup in Silicon Valley before the company turns a profit or the church who pays a pastor’s salary so he can focus on the ministry.

Every time we launch Tribe Writers, people step forward to purchase the course for someone else. Sometimes it's a spouse supporting their partner's writing dream. Sometimes it's a friend who knows a struggling author who needs help getting over a hurdle. And sometimes, it's a stranger who anonymously offers a scholarship because they believe in the value of creative work pursued in service of others.

Patrons do not just make the arts possible. They make the world you and I inhabit — and so often take for granted — possible. If you aspire to create something of value and share it with the world, you are going to need a patron. And in due time, the world may need you to become one.

Who has served as a patron in your creative life? How have you been a patron for others or yourself? Share in the comments.