I'm launching a new project later this month. It's always a scary thing, to share some brand new creation you've made. What if people don't understand what you're trying to do? What if they don't see the value? What if they hate it? 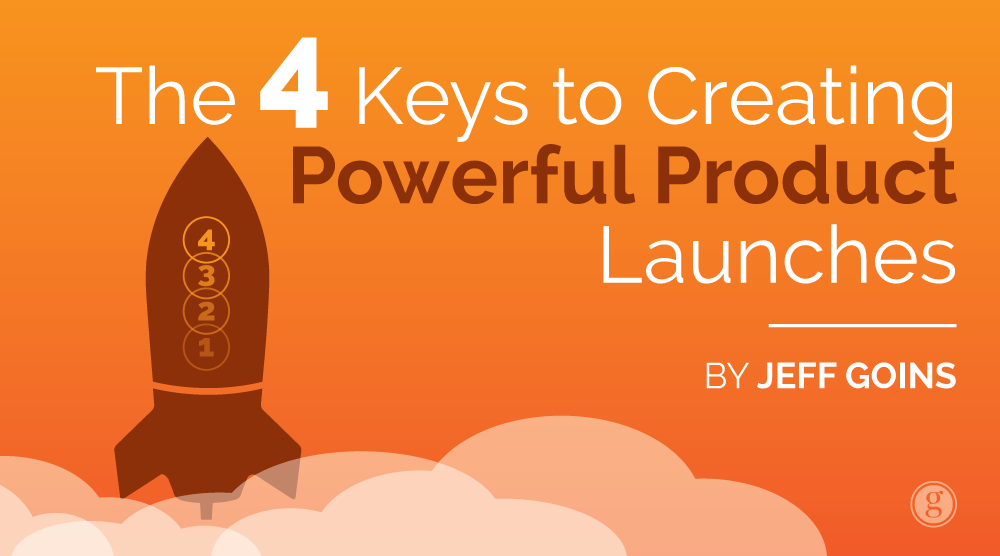 There is, however, a simple way to make sure none of those fears come true.

Every great launch begins with a plan. All worthy endeavors, or at least most of them, are not merely thrown together but carefully considered and then executed.

To make sure I don't get this wrong, I'm reviewing a few epic launches from the world of business, technology, and online entrepreneurship. And I thought I'd share what I learned with you.

So here goes. There are four keys to launching anything — a book, a business, even a blog — well. And below I will share them with you, along with some familiar and not-so-familiar examples.

Key #1: Anticipation (Why People Stand in Line for iPhones)

There is a reason why people stand in line for hours to get the new iPhone when they could merely order one or waltz into an Apple store the next week, getting one without any trouble or hassle. They just can't wait.

Anticipation creates demand. It's what makes people want what you have and gets them talking about it. (Tweet that)

So how do you do this? You create anticipation by:

Think of a “save the date” card for a wedding. It's designed to get people interested in the event, make sure they don't schedule something else, and to hopefully get them to attend.

When Michael Hyatt told people to wait to buy his book until the week it came out, he was building anticipation. And that book became an instant best seller.

Lesson: When you tell people to wait, it creates an energy that can be leveraged into action.

Key #2: Generosity (How Giving Has a Way of Giving Back)

Speaking of Apple, why did they give all their users a free upgrade to more iCloud space a day before doing a major product launch? And why did Chris Guillebeau give a free copy of his new book to every single attendee of his conference, totaling nearly 3000 people?

Was it just to be nice? Maybe. But generosity has a way of rewarding the giver. Especially when you time it right.

This is what product launch expert Jeff Walker calls a “pre-pre-launch.” The idea is to do this before you begin building anticipation for a launch. Do something unexpectedly nice before making an ask like “go buy my product” or “go tell people about my new book” and see the power of reciprocity at work.

Lesson: Practicing generosity is a way of filling the trust tank and building rapport with your audience before asking them to do something. But in order for this strategy to work, it must be done in a completely generous way, and you can't expect anything in return.

Most people are procrastinators. I know I am. I will wait until the last possible moment to do something that I know I should do. Why? Because if I don't have to do it now, I would rather be doing something else. But when things start to get urgent and I know the clock is ticking, I start to get serious.

I am not alone in this. Many people are this way. Why else are the malls overcrowded on Christmas Eve, trying to cram in those last few hours of gift buying before it really is too late?

In order to get people to say yes to whatever you're offering, you can't just tell them a date to buy. You have to tell them why now is the best time. As some have said, something bad must happen on the day after your launch. Maybe you take the product off the market or take away a bunch of bonuses.

This is why why after launching my online course seven different times, I still see most of the students sign up on the last day. It's also the secret behind Groupon's success.

A more recent example is Taylor Swift’s latest album launch, which included a time-sensitive contest that required you to buy the CD to enter to win. The timing of the contest just so happened to be the week that the record released. A million records later (all of which sold in a week), Taylor's strategy apparently worked.

Lesson: People are procrastinators. And you can help them not miss what you have by making your offering impossible to ignore.

Key #4: Scarcity (Why People Want What They Can't Have)

If you haven't heard, the next big thing online is a new, ad-free social network called Ello. It started out as a way for some friends to stay connected with each other but when it began attracting groups that felt disenfranchised from places like Facebook, suddenly everyone wanted in.

When you sign up for Ello, you get five free invites to share with your friends. And much like with the release of a new Google product, you will find people (like me) begging their acquaintances for an invite.

Apparently, Ello gets over 40,000 invite requests a day. In other words, scarcity works. But for this to work for you, the scarcity you create needs to be legitimate. It can't be contrived. For example, when a developer limits the amount of licenses to a new piece of software they can sell, it's usually because they want to be able to support their customer base. I also think that's the right thing to do.

Putting it all together

So what does this all mean for you?

It means you need to:

If done right, this can make people want what you have even more. Any fool can put something together and tell people to buy it, but it takes a plan to do a launch right.

Have you launched a product or project recently or do you have plans to launch one soon?