This past week, I ran the Please Don’t Starve Challenge, which was a free challenge for creative professionals who wanted to start making money off their “art.” Some people were authors, others were visual artists, and even others were craft makers. Some succeeded, and others did not. 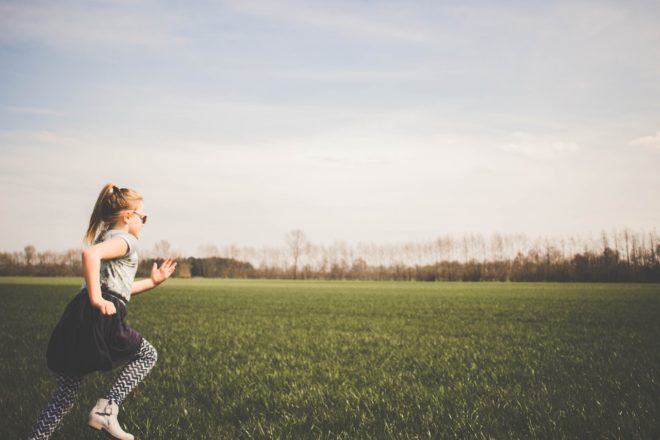 Listen to the audio version of this article here:

Inspired by my bestselling book Real Artists Don't Starve, the challenge was simple: take an idea and turn it into a business in seven days.

We had incredible takeaways and testimonies from the thousands of people who went through this, many who sold something to an audience for the first time in their lives. Now, the goal wasn't to succeed. The goal was to learn. And not surprisingly, some people did not sell anything. Some succeeded and others failed.

But as I was recently scanning the comments in the Facebook group, I found some familiar responses to failure. Why were they familiar? Because they were all things that I've said before. Things like, “Well, I guess I'm not lucky” or “this just isn't for me” or “maybe next time.” And so I want to take a moment and tell you why I think you failed.

First of all, you didn't fail. The goal was to learn something, so if you learned, you succeeded. It's only when the unexpected happens and we don't learn from it that we really fail.

Second, the reason why you may not have achieved what you set out to achieve was because you were measuring (and therefore expecting) the wrong thing.

[share-quote via=“JeffGoins”]It's only when the unexpected happens and we don't learn from it that we really fail.

The rule of the quick win

Recently I lost a bunch of weight and put some of it back on. This was disappointing, but when I looked at how that happened, I realized pretty quickly that what had helped me lose the weight in the first place was a set of simple practices I had gotten away from.

This is true for just about everything in my life.

In the case of the weight loss, I had chosen a handful of small habits that were easy and fun for me to accomplish, so they were easy to repeat. Bestselling author and mega-blogger James Clear (whose book Atomic Habits is a must-read!) teaches that the three keys to simple habit formation are:

If you do this, you're going to create quick wins that will help you unlock the power to big wins, which is what Clear calls an “atomic habit”—that is, something small that over time creates incredible change in your life and in the world.

The goal isn't to become 100% better overnight, or even in 21 days. It's to become 1% better every day. Little by little, step by step, you get there eventually.

When we find ourselves in seasons of stuck-ness or stagnancy, the best way out of that rut is a quick win.

What is a quick win?

It's an easy, sudden move in the right direction. You do something small and it works, and you keep doing it and it keeps working. It's not a massive success or a dismal failure, just one small step forward.

And so, the rule is this: find the fastest way possible to get to your next quick win, then quickly repeat it.

This will create confidence in you and bring with it a surge of energy to an otherwise withering soul.

[share-quote via=“JeffGoins”]Find the fastest way possible to get to your next quick win, then quickly repeat it.

On a regular basis, I get discouraged by what I perceive to be a lack of success in my creative career.

I haven't written as many books as I'd like to write, haven't reached as many people, and certainly haven't achieved the level of creative mastery that I believe I am capable of.

And if I'm not careful, I can catch myself scanning the crowds of peers and seeing what other people are doing, how they are being much more successful (and in seemingly effortless fashion, no less), and despair.

I am currently battling this right now, as I attempt to write my sixth book. It's hard to get going. For six months, I've told my agent I'm sending him a proposal “next week.” And yet, every time I sit down to write it, it gets harder and harder.

Recently, I saw a movie about a female writer in New York City who was a NYT bestselling author but is stuck in her next project. She keeps trying to make something work, but it won't come out. She's what I call “creatively constipated.”

To make matters worse, she ends up at a cocktail party with a bunch of people in publishing and overhears Tom Clancy say that he doesn't believe in writer's block, to which she rolls her eyes and pours herself a double whiskey.

Her agent tells her that if she wants to get an advance for her next book, she needs to stop writing biographies of obscure literary figures and write what people want to read. She also tells her that being nice goes a long way, to which the author responds with a stream of expletives and walks out the door.

Eventually, she results to fraud to make ends meet, gets caught by the FBI, and then writes a memoir about the whole thing. Maybe crime does pay.

What was interesting as I was watching this movie, though, was how much I identified with this character. There's something unique about being a writer in that you feel both this strong sense to share a message with people and, at the same time, this sense of resentment towards this audience that you need.

And certainly, there's the jealousy, the bitterness, the feeling that you are smarter than most people you know and hopelessly misunderstood. And yet, you still want people to read your words.

What I found most comforting about this was the reminder that none of this matters. It doesn't matter how smart you are or how talented. Those are prerequisites to doing creative work and certainly not laurels in themselves you can rest on. No, what matters is the work. Plain and simple. Do more work, and some of it will take off. Get stuck obsessing over the details, and you're sunk.

[share-quote via=“JeffGoins”]Do more work, and some of it will take off. Get stuck obsessing over the details, and you're sunk.

Each book I write becomes harder than the last.

In the movie, the author is so stuck because her last book was a success, and nothing will ruin a creative career like success. Nothing kills creativity like success.

Incidentally, I've waited longer than ever to start the next book and no surprise, it's harder to start. Steven Pressfield once said that the best advice he ever got was from an author friend of his after he finished his first novel: “Now go write another.”

That really is the secret to staying sane in this business: you have to keep going.

Don't stop now, whether you succeed or fail. What makes a writer is the writing. What makes an artist is the art. You have to keep creating. Otherwise, there's no life in any of it.

Three steps to your next quick win

Wherever you are—just beginning, recovering from a massive success, or somewhere in between—the prescription is always the same. Keep creating. Find a quick win.

How do you do this?

If this helps, you may want to join us in the Please Don’t Starve Challenge Group on Facebook. It’s completely free, and we’re continuing the challenge for the rest of this month. Click here to join us.