“In the middle of the journey of our life, I came to myself within a dark wood where the straight way was lost.” —Dante 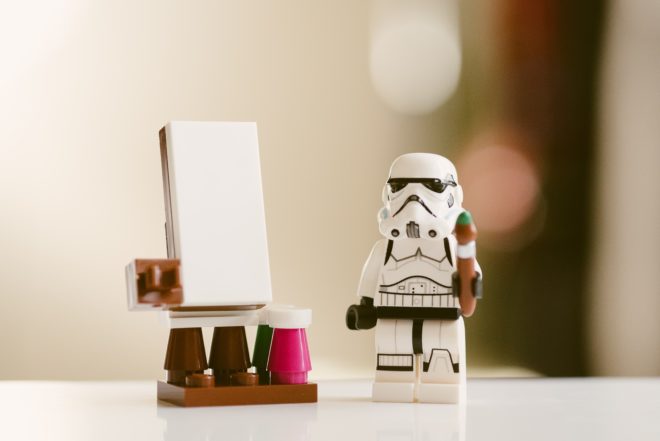 “Would you tell me, please, which way I ought to go from here?”
“That depends a good deal on where you want to go,” said the Cat.
“I don’t care much where—“ said Alice.
“Then it doesn’t matter which way you go,” said the Cat.
“—So long as I get somewhere,” Alice added as an explanation.
“Oh, you’re sure to do that,” said the Cat, “if you only walk long enough.”
—Lewis Carroll

When it comes to achieving goals, many of us may be thinking about them the wrong way.

You and I have been told that you can have everything you want in life if you work hard enough and persevere long enough. But is this really the way life works? Is that even what you want? How often in life do we set our stubborn sights on some goal — a relationship, a kind of work, or even something we want to possess — and as soon as we get it, we are disappointed?

I remember, as a child, wanting a particular LEGO set and pleading with my parents to get it for me for Christmas. And one year, they did. It was a small set based on the ice explorer theme, and as soon as it became mine, I put it together — all three hundred and fifty pieces — and placed it in a plastic container that slid neatly underneath my bed.

At night, I would often pull out that container with the assembled set and gaze upon it, like Gollum beholding his “precious.” I now had possessed what I desired! And in on no time, I was bored and disillusioned.

Small wonder that many years later, I got everything I wanted as an adult — money, fame, success — and it felt underwhelming. What is this about? Why do we often find ourselves, like Dante, in a dark wood of life where the true way is lost to us? What is the true way and how do we find it?

I can relate to Alice, wandering through Wonderland, unsure of where to go. So naturally, she asks the Cheshire Cat where she should go, and he responds socratically with his own inquiry: “Where do you want to go?”

This is no small question. Many of us have outsourced this petition to others — our friends, parents, mentors, teachers, pastors, gurus, and even society as a whole. We have looked to others to define what the true way is, and as far as I can tell, just not how this whole thing works.

Once, after publishing a bestselling book that almost immediately sold far better than expected and succeeded beyond my wildest dreams, I emailed a mentor of mine asking, “What should I write about next?”

I had built my career asking questions like this of influencers; it was, as I look back on it now, a way of endearing myself to them, demonstrating myself as a worthy apprentice, a humble student at the ready for advice. And now here I was, at the top of my game, asking him what I should do next. His response was immediate:

That was all the email said. No gentle suggestion I go soul searching or pull my head out of my rear end. No kind correction about it being the wrong question to ask. I have no idea. That was all he said. What more honest response is there? Because how would he know? How does anyone know what you should do? The answer, of course, is they don’t. But it takes many of us a long time, maybe even a lifetime, to learn that.

And so, it was around this time that I found myself in a dark wood where my way had been lost. It took me years to realize this. I had been looking to other people’s paths and pursuing those to their ultimate end left me unsatisfied, but when I did wake up to this understanding, the awakening was significant and undeniable.

I could no longer un-see what I had witnessed: a glimpse at a dark and windy path that was completely my own. At first, it terrified me. Could I go in this new direction, in spite of what others might say? Certainly, there would be those who would disagree with me. What would I do then? “Trust thyself. All of creation vibrates to that iron string,” I heard Emerson say. I might do just that.

It took me a long time to realize that goals, in and of themselves, are practically useless. All a goal can do is help you achieve something. The real trick is to get clear on the something. As Steven Covey once wrote, “Many of us in life will climb a ladder only to realize at the end that it was leaning against the wrong wall.”

I have long believed that the worst kind of failure isn’t actually failing but succeeding at the wrong thing. And so, we must begin this process of reflection at the end of the year with a simple, scary question:

Some of us have been shamed out of asking this question. We have been told that to ask such a thing is selfish, that life is, in fact, not about us. But what a ridiculous thing to say. My life is not about me? Who else is it about then?

All great stories start with a character who wants something. But any good writer will tell you that the story is not so simple as the protagonist getting what she wants and everything going back to the way it was. No, great stories — and great lives — are wrought with conflict, obstacles standing in the way of what we want.

And so the second question is:

What will stop me from getting what I want?

Because surely something will or at least try. As Steven Pressfield says, “the bigger the dream, the greater the resistance.” If you want something and there is nothing standing in your way, nothing trying to prevent you from obtaining it, then how valuable is it? In all likelihood, it is like a LEGO set tucked neatly under your bed that you soon forget about because it cost you nothing.

Who must I become in this journey?

We must expect conflict. Resistance. Obstacles. Challenge. And our task is to rise to the occasion, to become someone capable of overcoming the very things threatening what we want.

And the third question is:

Who must I become in this journey?

Every hero becomes someone else by the end of a story, and often this transformation surprises them. They face obstacles and challenges and often get wounded in the process. Jacob wrestles with an angel and walks away with a limp for the rest of his life. He is humbled and blessed in the same instant. Katniss wins the Hunger Games but is plagued with nightmares. Luke Skywalker faces Darth Vader and loses a hand but becomes someone other than what he fears.

This is what we all must expect: that as we pursue what we want, our vision for our life and work will somehow expand. And as it expands, we will need to be someone truer than the person we have been. We must, in a way, become ourselves for the very first time.

All great stories do this. They challenge and change the characters. Sometimes, the heroes don’t even get what they want and learn, like Hamlet, that the thing we desire might, in fact, destroy us. But the game is always about wanting things, growing, and learning.

So as you set your goals for the new year, consider these questions. Consider how small your dreams must be in the context of a larger story being told through your life. And at least consider that something deeper might be happening here. Learn to embrace the times when you don’t get what you want. Don’t hang your head in shame if what happened this past year was not what you hoped for. That’s always true in every great story.

What would life be if it were not filled with surprises? Don’t even bemoan the times when you didn’t learn, when you repeated the same mistakes over and over again, losing the weight and gaining it back again, having the same struggles with money or self-confidence you always have. In any great story, the hero faces multiple trials and often fails not once or twice, but often three or four times. And he only seems to succeed when the right helpers come to his aid at the right time. Left to his own devices, he never would have made it.

So, stop thinking in terms of goals. Don’t give up on the idea of wanting things, though. Just consider this next year another chapter in the story.

What stands in your way?

And who will you need to become in this journey?

And perhaps, who may help you in your quest?

Frodo had the Fellowship. Katniss had her friends, Luke had his sister, a Muppet, and a bunch of ghosts. Who do you have?

And what will you learn?

The answer, of course, is you don’t know. And that’s the point. So try to trust the journey, accepting the surprises and assistance you receive as you go, knowing that by the end of it you will be someone else and at the same time someone you recognize as yourself.