Has a really good story every moved you to feel or to act? That is the true art of storytelling. Someone who knows this well and has honed this art is Scott Harrison of charity: water. 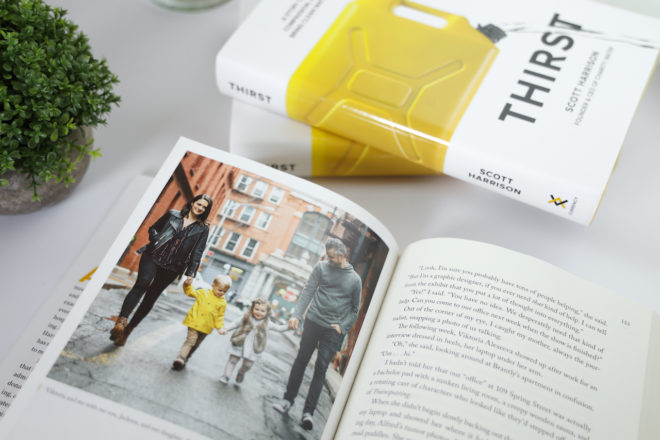 Scott got into storytelling when he moved to NYC at 18. Initially, he rebelled against his upbringing and moved there to become rich and famous in a rock band! His band played venues around the city but soon broke up. But not long after, Scott discovered nightclub promotion as a profession: he loved the idea of getting paid to drink alcohol as a profession. All you needed to do was to get the right people inside the right clubs, and you could make a lot of money.

Over the next 10 years, Scott worked at 40 different nightclubs. He and his business partner would get the beautiful and the rich to come into the clubs, and then take as much money as possible. Their unique differentiator was that they would try to make their parties interesting by coming up with themes or stories for them.

But at 28, Scott came to the realization he had become the worst person he knew. He was telling the wrong story and if he continued down this path it wouldn't be good, and he would have nothing to show for his life aside from getting millions of people wasted. Scott wondered if he could start again and create a life that would be the exact opposite of what he had been doing.

He began applying to humanitarian missions and organizations he knew of, despite only having experience as a nightclub promoter. Only one organization would take him and there was a condition: Scott had to give them $500 a month to live in post-war Liberia as a photojournalist on a humanitarian mission. Scott agreed and signed on with MercyShips.

Soon all of his partygoers on his email list went from receiving event invites to seeing photos of kids drinking from swamps and reading stories of children dying from diarrhea. He was surprised at how interested these people were, they were moved by the stories and images and the work the doctors were doing for others.

It was a lightbulb moment for him and he saw the potential storytelling has to impact everyone whether you're pitching a party or moving people towards greater compassion and generosity.

You'll hear more about what he saw in Liberia, and how that helped him curate his storytelling skills. Scott also tells us whether he has struggled with the non-creative aspects of running a charity on this episode of The Portfolio Life.

In this episode, Scott and I explore:

On branding and messaging