“I’m Superman,” my son said to the man painting our house. “Oh,” the man replied and smiled. “I’m sorry, I did not recognize you.” Aiden nodded, turned around, and “flew” away. 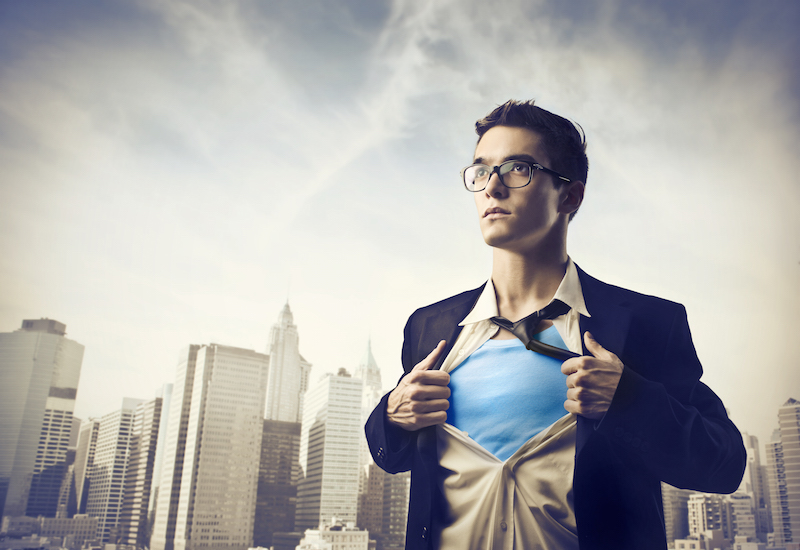 My wife and I chose the name Aiden for our son because of our shared Irish descent and we liked the way it sounded. As a writer and lover of words, I also happened to like the meaning behind it: “little fire.”

But if you were to ask my three-year-old any day of the week what his name is, he would probably say, “I’m Superman.” Or Batman. Or The Incredible Hulk. Or whatever costume he might be donning that day.

Ashley and I have tried to explain to Aiden (I mean, Superman) the difference between real life and make-believe, but it doesn’t do much good. For him, the line between fantasy and reality is at best blurred, if not non-existent. He believes life is an epic adventure and he possesses some secret power the world needs.

My question for you today is this: Do you remember what that felt like? When you believed you possessed a purpose that was bigger than your fears? When anything was possible and an adventure awaited you?

When did you stop believing that? When did you settle for the status quo? And when, exactly, did you give up your superpower?

If you know the Superman story (and being a comic book nerd, I know it quite well), then you know his alter ego is Clark Kent. You might also know he is an alien from a faraway planet.

What you may have missed is that Superman, unlike other superheroes, did not become special through a freak accident. He was born that way. And when he left his home planet and crash-landed on Earth, he became Clark Kent, the adopted son of a couple of farmers.

In other words, Superman does not hide behind a mask. He hides behind normalcy.

I think many of us do that. We believe we have some special purpose but over time lose sight of it. And we spend most of our lives avoiding what we’re really meant to do, because it just seems too scary. Instead, we assume false identities based on our performance, because that’s safer than being who we really are.

When we do this, we deprive the world of our gift and live through a shadow of our true selves.

How I became a writer

For years, I wanted to write but never called myself a writer. When I finally made the decision to embrace my identity, things began to change – not all at once, but faster than I thought they would.

I started a blog, published a book, and quit my job – all within 18 months.

Some might say it happened quickly, but that’s only what it looked like. The truth is I spent a decade wondering what I was supposed to do with my life. I felt like something was missing but didn’t know what to do about that. Of course, I thought about writing but never committed to it, never actually did it – until eventually, it felt like I could do nothing other.

You might say I was stalling during that season of life, and that’s probably true, but that period of waiting was also a time of preparation. And just like Superman’s childhood was a means of preparing him for the task ahead, we all have seasons of stillness that help us become who we’re meant to be.

What to do with the waiting

The lessons during these times, as frustrating as they can be are:

Life for me right now is a little crazy. We’re getting ready to move, have a new niece that will be joining the family any day, and I’m traveling non-stop for speaking.

In fact, later this week, I’ll be sharing the stage with Dr. Oz and Marcus Buckingham (no pressure) at a conference that 15,000 people will be attending.

In the midst of all this, I’m trying to remember that who I am trumps what I do, but the latter should flow from the former – not the other way around.

How are you becoming who you’re meant to be, using the season you’re in? Share in the comments.