The Great Gatsby did not become a bestseller until forty years after it was published. Here's the story and why it matters for your next creative project. 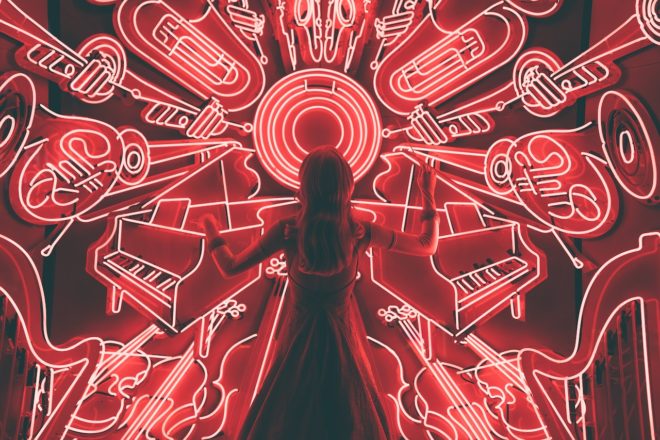 Is your work timely or timeless? Is it something relevant to your current place in history, or does it transcend it? You may be thinking that the goal of every artist is to do work that lasts, but this is a myth.

With the exception of very few major works, most creations are forgotten eventually. And of those that remain, the story behind their success is one of luck and paradox.

In this new series called “Bestseller Breakdown,” I’m going to be taking a bestselling book and sharing the story that made it a successful along with what we can glean from it today.

We’ll begin with a book many of us were assigned to read in high school, and what many consider to be the Great American Novel: The Great Gatsby.

Here are the facts:

So, what was it about Gatsby that made it a success?

When Scott Fitzgerald published his third novel, he was quickly becoming a household name and one of the most well-known authors of his time.

So when the book failed to meet the expectations of the author, publisher and literary community, Fitzgerald all but quit his profession as an author, pivoting to writing screenplays and working on his novels here and there. He also drank himself into near oblivion.

His marriage fell apart, his wife was admitted to a mental institution, and he was forced to eke out a living as a screenwriter, considering himself a failure for the rest of his life, dying of heart failure at age 40. The last royalty check he received for Gatsby was for $13.13.

Four years later, with the invention of a new publishing technology called the “paperback”, the book would be shipped to over 150,000 soldiers overseas who were only too eager to pick it up and read it quickly. In little time, a book that was going out of print was being revived in literary discussions, and by the 1960s would be read in nearly every American high school English class.

Today, it is one of the bestselling books of all time and continues to sell at least half a million copies a year.

So, what was it about Gatsby that made it a success?

It helps to note that when Fitzgerald published this novel, most literary critics panned it, calling the author a clown or assuredly saying that he was not one of America’s great authors, as previously thought. At this point, Fitzgerald had made a name for himself as a new burgeoning author arriving fresh on the literary scene and this third novel was what could have established himself as a literary leader. He was quite confident it was his best work, but when the sales were disappointing and the literary response was lackluster, Fitzgerald despaired.

Ironically, only a few years after his death, the book became a bestseller.

So, what was it? Luck? Timing? Fate? Was it the fact that it transcended its time?

In fact, I think it was the opposite. Gatsby survived for a handful of reasons, one of which was that its author was keenly aware of his time, even critical of it, while also conscious of deeper themes that drive human beings. The result was a book that is now considered a classic.

So how did Gatsby survive?

Let’s break this down. What did Fitzgerald do, either consciously or more likely unconsciously, to make his book a success? What made it endure?

The first and most significant accomplishment is that it is a book of its time. The struggle for every creative person is to create work that is both timely and timeless. The idea that you can create something that is completely outside of time and still be successful is ridiculous. There is a reason you and I live in this time right now and a reason I’m writing this the way that I am. We are all bound by time and communicate within time. To attempt to create timeless art is an illusion. When it’s doing its job, art is speaking both to the time in which it was created and at the same time, pointing to something greater outside of it.

[share-quote via=“JeffGoins”]Art is speaking both to the time in which was created and at the same time, pointing to something greater outside of it.

This is what Fitzgerald does with Gatsby. He speaks to the ambition, the hunger, the drive of the early 1920s, while recognizing that what he’s observing and even feeling is something universal, a narrative human beings have always felt–in particular, those who are American. A good book speaks to its time while recognizing the universal struggles and triumphs of that time.

In many ways, the book is about America and really about what it means to be American: the hopeful, even naive, idea that you can make yourself into who you want to be.

There’s that wonderful exchange between Nick, the narrator, and Jay Gatsby where Nick tells him he can’t repeat the past, to which Gatsby responds, “Well, of course you can.” I remember reading Gatsby as a young twenty-something, nodding along with that line. I loved both the audacity of it and the ridiculousness of it. I suppose that’s what ambition is: ridiculously audacious.

This is what is so enthralling about this character and what is so attractive about the man. He is a mystery, one that everyone wants a piece of. This is particularly relevant not only in America but just outside of New York City, where all the social elites tend to live, something that was true in the 1920s and is still, in many ways, true.

So why did Gatsby work? It worked because it was both specific and universal at the same time. It was timely and timeless. In retrospect, we have a novel that is:

Gatsby is a book that is timely and timeless, location-bound but universal, about one thing and also many things.

What we can glean from Fitzgerald’s masterpiece

How, then, do we as writers do this? Or can we? I think we can, in our own ways, discover what worked from Gatsby and apply it to our own projects. Here’s how:

1. Write what you know (but don’t stop there)

It cannot be overstated how much of Fitzgerald’s work was, in one way or another, autobiographical. The last line from his first novel was, in fact, copied almost verbatim from his wife’s journal. Many of his characters were representations of real-life people.

He was aware of the disparity between the working class and social elites. Having grown up in a middle-class family in the Midwest and marrying a socialite, the daughter of a Supreme Court Justice, he was aware of the differences between new and old money, a theme that would continue to come up in his life.

The author begins with what he knows, but he doesn’t end there. He talks about the differences between the rich and the working class and the gulfs that can never be crossed. But he also talks about one man’s willingness to do whatever it takes to achieve success, and Gatsby achieves things that Fitzgerald never did. He is, supposedly, a war hero, whereas Fitzgerald never saw any conflict. As soon as he shipped overseas to serve in WWI, the armistice was signed. He never earns the millions that Gatsby made as a bootlegger. He never had a mansion in Long Island but just a simple house that he rented. Fitzgerald is an amalgam of both Nick, the privileged but under-accomplished insider, and Gatsby, the middle-class outsider who will never fit quite in.

2. Start with the specific then move to the general

There is a reason that Gatsby is a much more remembered book than This Side of Paradise.

Fitzgerald’s first novel was an immediate success because it was relevant to the Jazz Age and the post-War generation that was disillusioned with the ideals of their parents. It introduced the idea of the flapper and codified a social movement in America. But it was too specific. If you read it today, it’s more of a snapshot of that time than a picture of what life looks like today.

Contrast that with Gatsby and if you change some dates and a little vernacular, and you might be eavesdropping on a conversation at the golf course from last week. How Fitzgerald seemingly does this is by writing in his time without being bound to it. He’s using the setting as an excuse to communicate some deeper idea or ideal in the same way that Les Miserables is not about the French Revolution but more about what it means to be human.

The setting isn’t the point. It’s the excuse to talk about what you really want to to talk about. I call this the Big Idea.

[share-quote via=“JeffGoins”]The setting isn’t the point. It’s the excuse to talk about what you really want to to talk about.

3. Make the book about one thing and many things

In the same way that specificity of time and place make Gatsby memorable, its specific theme is an important place to start.

From the very beginning, it’s clear that this is a book about desire. It’s a book about wanting things and the lengths its characters will go to acquire those things. But it’s also about money. And success. And love. And this is what makes it great.

Some read Gatsby as a love story; others as a hard-boiled detective story. Some read it as a snapshot of history whereas others enjoy it for its beautiful prose and storytelling. It is at once about one thing and many things. I would argue, however, to write such a book, you really have to begin with one thing. And for this book, we might say the initial theme is one of ambition or success. It starts with a powerful and memorable line:

“In my younger and more vulnerable years, my father gave me some advice that I’ve been turning over in my mind ever since. Whenever you feel like criticizing anyone, he told me, just remember that all the people in this world haven’t had the advantages that you’ve had.”

As we read, we get the sense that this book is about something bigger and broader than just what’s happening to the characters. It’s a book that transcends its time and place and even its theme because it is a book about a specific time and place and theme.