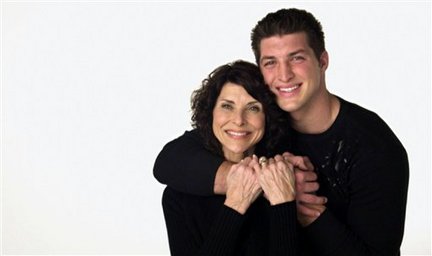 I'm going to put my “marketing” hat on for a second.

I watched a news segment on a popular morning show today.

Some marketer came on the show and shared how they used a focus group to determine what ads shown during the Superbowl this year were the most successful.

There's just one problem with that: The focus group voted on the commercials that they liked.

They asked members of the group to use a nifty piece of equipment to indicate which ones were the funniest and most amusing.

And that's the problem with advertising today: People don't buy what they laugh at.

People buy what they want to buy, what they believed was the best before they ever turned on the TV.

A commercial can't change someone's mind. It can only adopt their worldview and convince them of what they already know to be true. Sounds crazy, but when's the last time a commercial made you believe something you didn't already want to believe?

Don't get me wrong. I enjoy the Superbowl commercials as much as the next guy, but I found it absurd that the focus group labeled the most popular commercials as the “most successful” ones. They actually began the segment by saying something along the lines of: “We know that these spots cost at least $3 million; so, how do you know which ones are worth it?”

Let's just save everyone the hassle of having to do a focus group: None of them were worth it. Not if you were measuring laughs and likability. People don't buy what they like. They buy what they know, what they trust.

Effective storytellers and motivators know that a commercial or an ad is an investment. You use those thirty seconds best when they're invested in entering a person's world and building trust with them. You reinforce the impression you've already made on this person and use it somehow to your advantage.

That's why Jack-in-in-the-Box ads constantly confuse me; they're always about some new menu item that isn't a hamburger. What is it that they exactly serve there, any way? Oh, right… everything. No thanks.

Now, to get political… I didn't “get” the Tim Tebow segment. I didn't even realize that it was a pro-life commercial. And I'm a Christian. I seriously had no idea. And when I went to the Focus on the Family website to listen to the whole story about how the Tebows didn't abort “Little Timmy,” I still didn't get it.

During the whole segment, they used Christianese (that's the language for Christian subculture, by the way) and expressions that only evangelicals would understand. I didn't find the segment offensive, but I wondered what they were trying to accomplish by spending $3 million on a 30-second spot during the Superbowl.

Who were they trying to reach? If I were a young, unwed mother considering abortion (or an older wed one, even), it wouldn't have related to me.

Just because someone is talking about you doesn't mean that you've made a difference.