The recent protests in Egypt can teach us several lessons about successful movements: 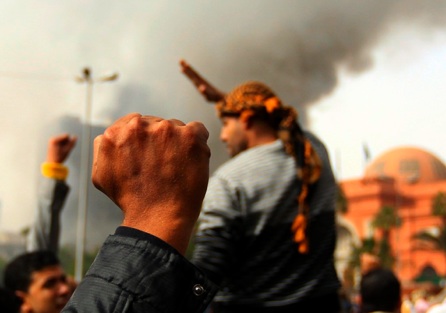 It’s hard to start a revolution without, at some point, involving young people.

They are passionate, driven, and competent.

All they need is vision and a little direction.

This is why young people are so dangerous and so full of potential.

They often begin as a reaction to an injustice or social wrong.

But they can only be sustained by a proactive energy for the cause itself.

Hatred for the enemy, strong antagonistic feelings — these are not enough. You need passion.

Attempts to stop a movement often have an inverse effect

If you try to kill it or suppress it, the movement only grows in strength.

It thrives off of opposition.

It gains momentum as opponents rise up to quash it.

Movements speak to our need to be validated

People everywhere want to be heard; they want to be acknowledged. They are searching for dignity and will, in some cases, fight for that right.

A movement is just an illustration of this innate desire in all of us.

People halfway around the world who are unaffected by the issues will rush to the aid of those involved.

They will raise their voices and advocate for those in need.

If they are truly inspired, they will even join in the movement and act.

Previous: It’s Time to Begin
Next: When Life Hands You Lemons… Learn Alchemy