I believe we make things because that’s what we were made to do. Not even to make things, but to be making things. We are the little creators of our lives and the world as we know it. 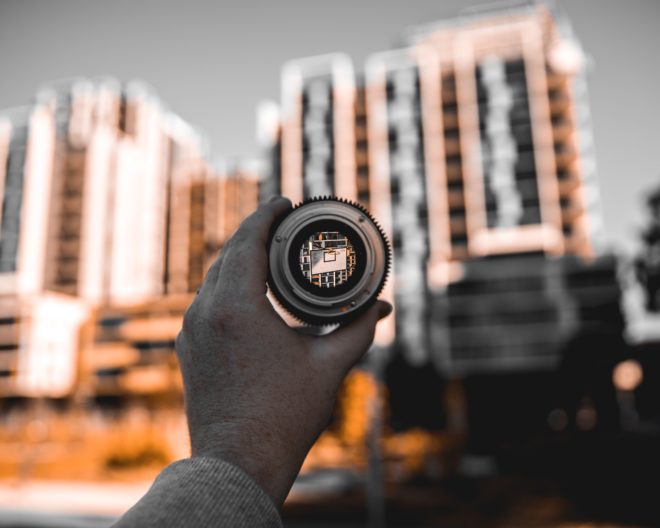 I spent the weekend with my kids, and one of my favorite moments was yesterday afternoon when we were at a trampoline park and my daughter decided to build a fort out of foam cubes that were meant to break the fall of any child catapulting themselves into a squishy sea of them.

As Amelia began building her fort, she asked if I would help her, and of course, I was happy to oblige. Then her older, eight-year-old brother came along and asked if he could join in. She said okay.

Then a few minutes later, another girl—a stranger—just joined in without even asking. Not long after that, a small group of boys walked by and said, “That’s a good idea!” Minutes later, I saw them building their own foam-cube forts.

Amelia’s fort grew to enormous heights and spanned the length of the play area so broadly that the pool of foam cubes began to be a safety hazard as there were no more soft places to land. In fact, there were three fort iterations in total, each one either collapsing or being destroyed by someone walking by; and each time, my daughter started over.

The afternoon was not without its tears and learning lessons, of course, but I was struck by the beauty of this moment. At one point, there were three completely independent forts being constructed by three different groups of people, all inspired by Amelia.

This, I thought as I sat back and took in the whole scene with my eyes, is why we make things.

We don’t make things to be done with them (although that can certainly be a tempting reason until you’ve finished a creative project or two or ten and realized that the creation is never as fulfilling as the creating).

We don’t make things to make money off of them (although it’s nice to be rewarded for your hard work, and certainly remuneration helps the physical world go round).

We don’t even make things so that other people will notice (but that can feel good too).

No, we make things, because we can’t help it. It’s in our being. Almost every faith tradition and mythology has a story about us humans being fashioned from the dirt or clay or from the imagination of some deity or another. Often, the very life force that animates us is the power of breath, which is appropriate considering it is the first thing we do when we come into this world and the last thing that happens before we leave it. We are created beings that are at once a part of the earth and filled with the same creative spirit that made us. We are breathed-in—that is, inspired—beings.

I believe we make things because that’s what we were made to do. Not even to make things, but to be making things. We are the little creators of our lives and the world as we know it. And as we endeavor to make something beautiful of, say, a pile of multicolored foamed blocks, that are worn and old and falling apart in some places; we invite the rest of the world to follow our example. So we create not just to make something out of nothing, but we also create to inspire others to be creative.

And this, I think, is how we make the world something other than what it has always been. Maybe you, like me, are a little tired of the increasing animosities one finds on the evening news or on your favorite social media channel. Maybe you are lucky enough to not even notice it. Regardless, I can’t help but wonder if what our world needs more of right now is a little less consumption or contention and a little more creativity.

May we all look around and see the Amelias in our lives getting on with it. And may we be brave enough to join them.

Last week, I hosted a free, five-day challenge on how to get “paid to create.” This included daily written lessons (and I’ve now updated each article with audio), and if you missed any of them, I’ve included links to all of them here:

Next Wednesday, October 21, at 1:00 p.m. Central, I’ll be hosting a live training and Q&A on how you can get paid to create and what that looks like for each of us (because it will be different for everybody). You can register for that free training here.

Before we get into all that, though, I’d love to know what questions you might have about this kind of work. I’ve been making a living for the past decade as a writer and creative entrepreneur, and my work has personally touched over 20,000 people in that time (these are people that I’ve worked with one-on-one or via one of my online courses or teaching programs). I’d love to help you get unstuck or even just take the first step if I can.

How can I help? What question do you have? Leave a comment and let me know.