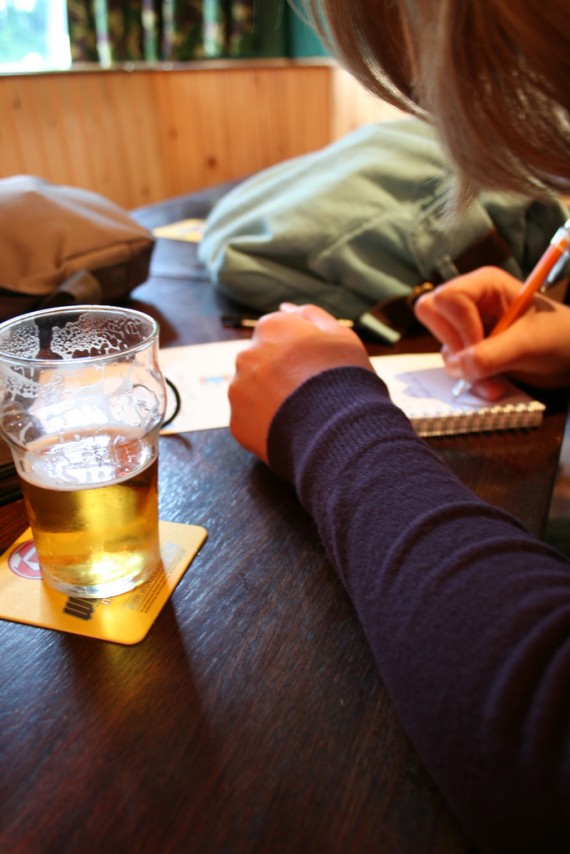 For the longest time, the writing life intimidated me. I thought of myself as a “writer,” but I was afraid to claim that moniker in public.

After all, writers wrote all the time, and I didn't. I felt like a fake. Maybe you have, too. Then, I learned the secret to prolific writing:

Spending five hours on a Saturday writing isn't nearly as valuable as spending 30 minutes a day every day of the week. Especially when you're just getting started. The idea is repetition — developing a discipline of showing up, making this a priority, and working through The Resistance.

If you want to get this writing thing down, you need to start writing every day. No questions asked, no exceptions made. After all, this isn't a hobby we're talking about; it's a discipline.

What makes a real habit

It should come as no surprise that habits practiced once a week aren't habits at all. They're obligations. Or maybe, at best, cute little hobbies.

And let's not kid ourselves here. If you're doing something once a week, it's probably only a matter of time before you stop doing it altogether. The only thing you need to know about writing is that you must do it. The rest is just showing up.

Jack Cheng says that 30 Minutes a Day is enough to form a new habit. He shares in his post:

When mastery is the goal, spending an exorbitant number of hours in one sitting will likely lead to burnout. We don’t go to the gym expecting to put on 20 pounds of muscle in a single, day-long workout. Instead, we do several short workouts a week, spread out over months.

Our bodies need time to heal; our muscles time to grow. And the same goes for that muscle inside your skull. When trying to develop a new skill, the important thing isn’t how much you do; it’s how often you do it.

If there is a second part of this lesson for writing daily, it's this: become comfortable with failure.

Another helpful resource on this is Behance's “10 Laws of Productivity” article (where I found the reference to Jack Cheng's post) on The 99 Percent website.

Here are some excerpts:

Trial and error is an essential part of any creative’s life. As Ze Frank says, usually when we execute an idea for the first time, it kinda sucks. The important thing is to synthesize the knowledge gained during the process to refine the idea, and create a new-and-improved version…

With projects that require a serious infusion of creative juice – developing a new business plan, writing a novel, or just learning a new skill – it’s incredibly important to maintain momentum. Just as when you run everyday, the exercise gets easier and easier, the same thing happens with your brain.

Stimulate it regularly each day, and those juices start to flow more freely.

This was the best advice I've received all weekend. Of course, blogging here forces me to write nearly every day, but I'm learning that isn't enough.

I'm opening back up a writing project that I put on the shelf a few months ago. It's time to stop treating it as a hobby and turn it into a habit.

What about you? Is there something you've been putting off? Time to pick it back up? Share in the comments.

Don't wait until tomorrow. Get started now. Spend 30 minutes today taking it one step further in the development process. So what if it sucks? You need to get those juices flowing.

Then, do the same thing tomorrow. And the next day. And the one after that. And so on.

Do you write every day? Why/why not?