Recently, a friend wrote a book about how she’s always longed to go to Paris but finally resigned herself to the fact that she won’t. And she's okay with that. Because Paris, for my friend, is not something out there. It’s what’s right in front of her. 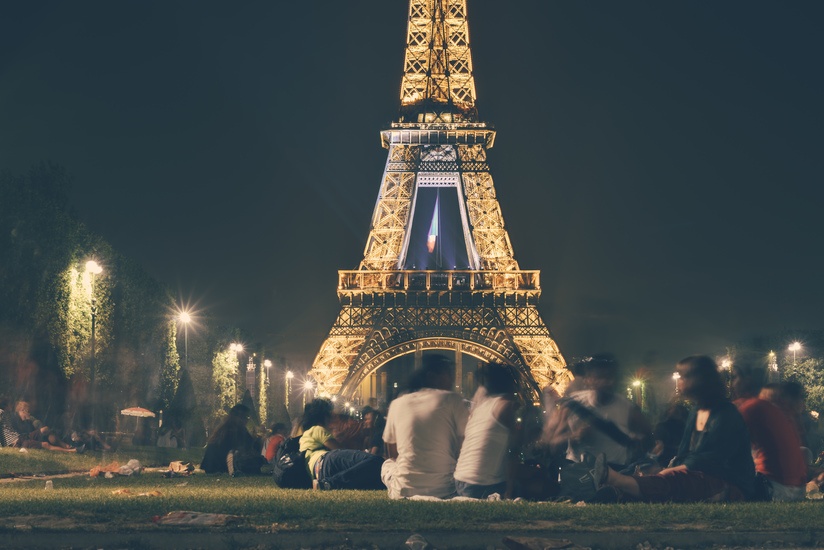 I love that. She’s given up on the veneer of a life captured on Instagram and rejected the promise of fulfillment a city can bring. Instead, she’s embracing the life she has to live right now and discovering some extraordinary lessons in the process.

For some reason, I couldn't help but think about my recent post on Medium on networks and how Hemingway's move to Paris changed his life and career. But for every Hemingway in Paris, there's a Bronte in rural Haworth.

As I've said before, creative success does not happen in isolation. So what network did the Bronte sisters have access to, living in rural England in the 1850s? Certainly not the host of influential artists and authors Hemingway had in Paris in the 1920s. What was the team of mentors that led to their inarguable contribution to the world of literature? Who did they have?

Well, they had each other. And in light of my friend's book, I am left wondering:

[share-quote via=”JeffGoins”]What if the thing you’ve always wanted was actually right in front of you?

The other weekend, I hosted a conference of 150 people from all over who had come together to learn how to build an audience around their messages. At the conference, we kept bringing up the metaphor of the “table.” For us, this meant the place where life is shared and lives are changed. We had people sit at round tables and told them to discuss each speech delivered from stage, sharing what they learned and helping one another apply the lessons.

One takeaway was the table you’re called to may not be a new network. Often, the place where breakthrough happens is the place you find yourself in right now. And that little idea changes everything.

In the Middle Ages, we had a different way of getting experience and gaining access to networks.

Under the apprenticeship system, a person worked for free in exchange for an education. The student often lived in the same house as the teacher. This was the way a person became a professional — it was a totally immersive process — and it began as early as age twelve.

After completing the first stage of apprenticeship, the student, now called a “journeyman,” could venture out and travel to other cities for work. What a journeyman could not do, though, was take on apprentices. That right was reserved only for masters.

In many ways, a journeyman was still a student, though now able to be paid. To be a journeyman meant applying the techniques your teacher had passed down to see if they worked in the real world. It was a test, to see if you had what it took.

There was a certain amount of restlessness to being a journeyman. After a season of wandering, you had to submit a master work to the local guild and if they found it worthy, you were accepted in the guild, becoming a master. If not, you might have to wander forever.

How long do you think this process of apprenticeship took? How long to learn a new trade, practice it, and eventually earn the right to teach others?

A far cry from the modern two-month internship today, an apprenticeship took at least ten years. It was an excellent way of learning a skill under the guidance of someone wiser and more experienced. But in modern times, this ancient art of diving deep into a craft has but disappeared.

Now, the responsibility for reaching your potential is up to you.

This is more than a challenge; it’s a cruel taunt. Pulling ourselves up by our bootstraps can only take us so far, and despite what we’ve heard, there is no such thing as a self-made man or woman. We are all products of our environment, influenced by the people we encounter and the places we live. In other words, we need help. So how do we find it?

Finding your calling will not happen without the aid and assistance of others. Every story of success is, in fact, a story of community. Some people will help you willingly, while others may contribute to your education on accident. But if you are wise, you can use it all.

This is what I call an “accidental apprenticeship.” Here’s how it works.

Designing your own apprenticeship

Three years ago, three people I barely knew got together and decided they wanted to start a mastermind group. Each asked three other people, and that’s how the twelve of us started getting to meet every week. We've been doing it ever since.

Honestly, this was not the table I hoped to be invited to. I didn't even know it existed. But this group has been the source of my greatest professional and personal growth in the past decade. Finding your own network may lead to a similar breakthrough. Just remember these three steps:

This was what the Bronte sisters did for each other. They didn't have access to the world's greatest writing teachers, so they became the network they needed. They created their own group of mentors that would help them succeed, writing stories as little girls and sharing them with one another.

I think the lesson here is obvious: Don't neglect the opportunity you have to create the network you need with the people who are already around you.

Don't miss where you are right now

At the Tribe Conference, when we were saying goodbyes on the last day, I was happy to see people who sat together all weekend exchanging phone numbers and email addresses. They got it. Community creates opportunity. And if that's true, then one of the best things we can do is create more communities. 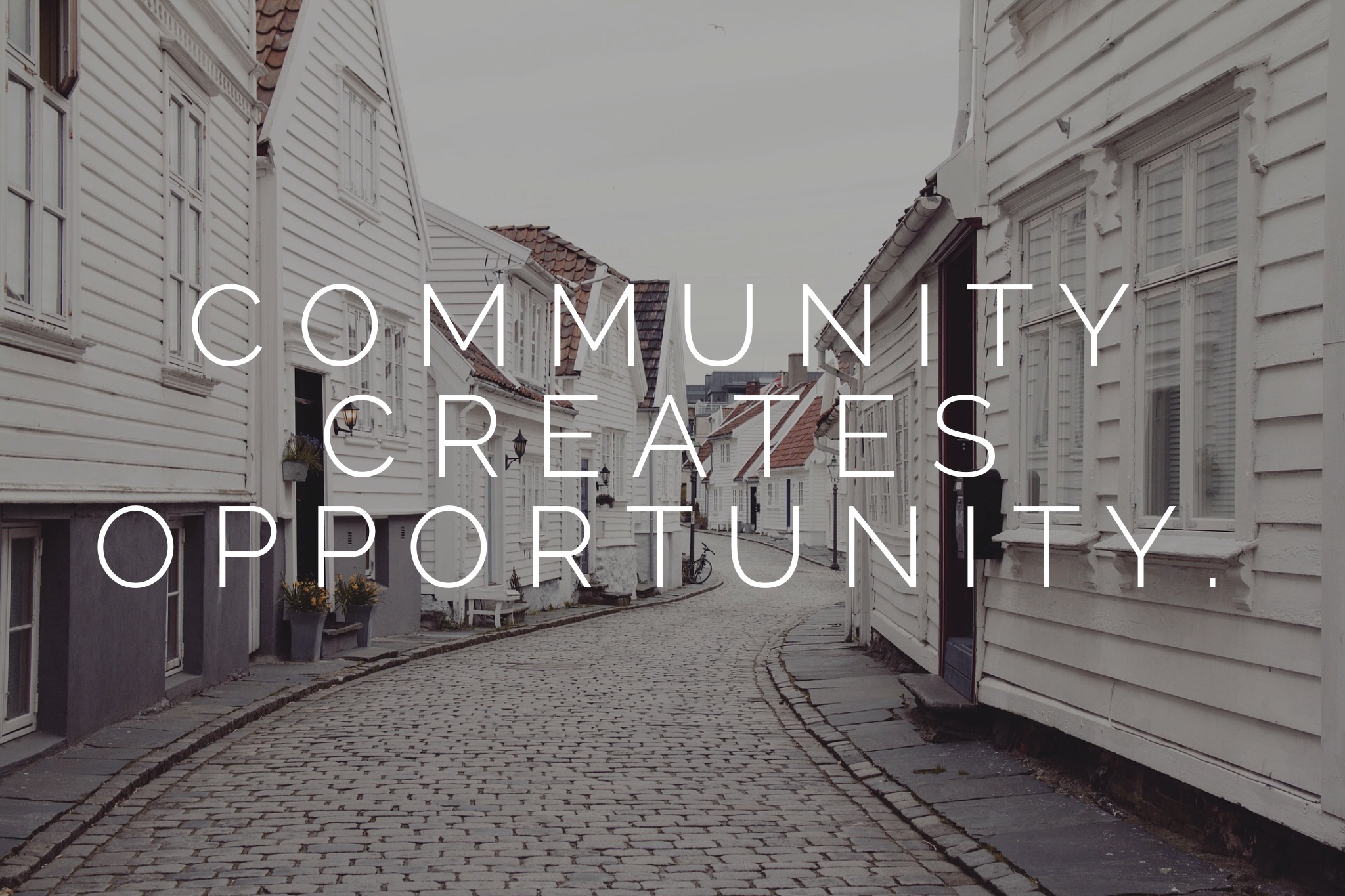 Sometimes, I think, we get the wrong idea when we see people who succeed because of their network. We think the largest groups with access to the most important people are where growth happens. But often, success is the result of everyday effort multiplied by a small group of people.

We forget that when Hemingway went to Paris, the world didn't yet know who Gertrude Stein or Ezra Pound was. James Joyce was only beginning his literary career. And Paris was just a cheap place to live.

When you think about your Paris, that place where your greatest growth happens, try to remind yourself that these places can happen anywhere — in the hustle and bustle of 1920s Paris, the rural farmland of 1850s England, and all points in between.

And as you consider who should be sitting at your table, that small group of people who will transform your life, remember these people do not have to be famous. They just have to be committed. What makes a group special is not the prestige of any single member but the collective wisdom it shares. This is where that old quote by Margaret Mead still rings true:

[share-quote author=”Margaret Mead” via=”JeffGoins”]Never doubt that a small group of thoughtful, committed citizens can change the world; indeed, it's the only thing that ever has.

When we gather around any given table, we create community. And we can always squeeze in one more chair. If you don’t have a seat yet, then you just might be the one who is supposed to call everyone together.

In case you missed our little gathering, here are some snapshots as told by the attendees themselves:

Want to dive deeper into this? Get my best-selling book The Art of Work plus $250 in bonuses including free videos and a workbook.

What's one thing that you could do today to start creating the kind of community you need? Share in the comments.