Recently, I finished up a new book on what it takes to be a creative professional. The book comes out in June, but over the next few months, I'll share some lessons. Here's the first one.

There's an old quote attributed to Picasso that says we are all born artists but the trick is to remain one. I think that's just not true. We aren't born an artist. We must become one. 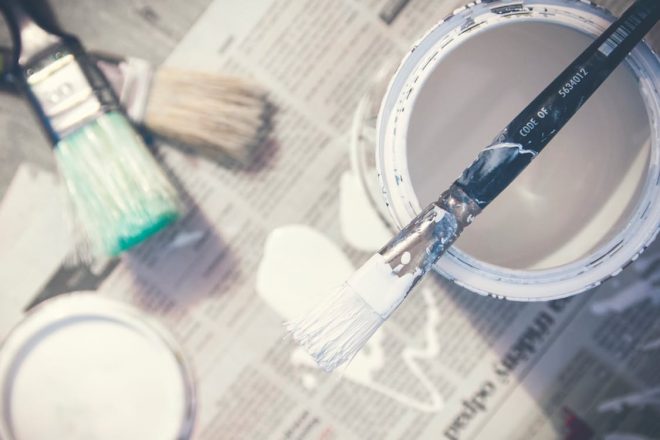 Of course, are all creative. Some of us write poems and others imagine a better future for our children, but we all have it in us to make things, to turn nothing into something, and bring a new creation into the world.

This is the magic of being human.

In the Bible, God creates the earth and all that's in it, but he gives Adam and Eve the responsibility of naming the animals. My interpretation of that moment is he's saying, “Join me in this.” He's calling us to be creative.

We all have a call to creative, so that makes us artists in a sense. But what does it take to become a professional artist, and not just a hobbyist? It takes a lot more than just being born, it turns out.

Here are three steps to take if you're considering a career in the arts.

We all know people who discovered their creative potential later on in life. The world may have beaten it out of them, or maybe it never existed at all. Then, they experienced a creative awakening.

When Brianna Lamberson decided at the Tribe Conference she wanted to write a book, she was doing something bold. She was deciding to become someone she wasn't. And this scared her. But she decided to lean in and do it, anyway.

After 30 days, she had a 30,000-word manuscript for a book and launched it, making $800 in the first week. How did she do it? She imagined herself feeling unafraid and did the very thing that terrified her the most.

This happens to some artists late in life, and for some much earlier. But for every creative genius, it must happen. And by that, I mean, you must make a choice. You must become more uncomfortable with standing still than with taking risks.

[share-quote via=”JeffGoins”]You must become more uncomfortable with standing still than with taking risks.

Step #2: Take baby steps (and become what you practice)

So, let's say you decide to be a painter or a novelist or even an entrepreneur. Let's say you hear this prompting and decide to act. What happens next? Next, you practice.

When a young lawyer and new father named John Grisham thought he might have it in him to write thrillers, he got up a little early every morning and went to his office.

There, he would write for the first hour or so of the day. The goal was a few pages of his novel. He never studied writing and wasn't sure he necessarily wanted to be a writer. He just knew that you don't become something by waiting or wishing for it. You become something by doing it.

And that meant if he wanted to be a writer, he was going to have to write.

He didn't write a lot. Most days, it was just a few hundred words. It took him three years to write that first book. And when it was done, he couldn't get any major publisher to look at it. No one was calling him congratulating him on the new book.

So, he wrote another.

While he was writing the second book, he bought a bunch of copies of his first book and decided to promote it himself since the small publisher had done little to support him. And then, the second book was sold to a major publisher and became a movie, and then, he started calling himself a writer.

Re-imagining who you want to be is an important step to re-creating your destiny. I have encouraged thousands, maybe hundreds of thousands of people, to call themselves writers if they want to write. But it doesn't stop there. You can't just call yourself a writer. You also have to act like one.

And that's true for all artists.

[share-quote via=”JeffGoins”]You can't just call yourself a writer. You have to act like one.

John Grisham is a bestselling novelist today because he had the discipline in one of the busiest seasons of life to chase something he wasn't even sure would make for a career. But he was curious enough to see, and that meant he had to practice.

Imagine how that must have felt, three years into a project before completing it, all while practicing law and raising small children. Imagine how discouraging that could have felt and how he must have been tempted to quit. And then imagine publishing that work and seeing little success.

And then, imagine starting the next one with, perhaps, no expectation of anything changing. All because you were curious.

This is what it takes to be an artist. Not to be born with any special abilities, but to imagine a new, creative life for yourself and then to create that life. Not with big and giant leaps of faith towards the unknown, but with small and persistent steps toward an unknown destiny.

I know many creatively successful people, and almost all of them began this way. Not with a big break or a sudden realization but by gradually believing in another life and acting their way into it. For many of them, it took years, sometimes over a decade. And if it happened sooner, they often didn't know what to do with their newfound fame and success.

Adrian Cardenas was a professional baseball player who after his first year in the major leagues quit the game to become a filmmaker.

After his first year of playing for the Chicago Cubs, Adrian realized that his past decade of practicing the sport was, in fact, not leading to this life. Playing for 40,000 people, mastering the craft of baseball. It wasn't for him. And it took a moment like that to realize it.

So what did he do? He quit. He started over. He did the scary thing that so many of us struggle to do, even when we feel this call within us: he reinvented himself.

I call this the Rule of Re-creation, and it is an essential principle to living a more creative life. When the world calls you one thing, you must break out and become who you really are. Before you get to create great art, you must first re-create yourself.

[share-quote via=”JeffGoins”]Before you get to create great art, you must first re-create yourself.

Years ago, I quit my old blog and decided to start a new one. I stopped calling myself a “marketer” and began calling myself a writer, even though I had no book or any significant work behind me at this point. I chose to believe I could be something different from what I'd always been.

I suppose you could look into the past and see me winning a sixth grade spelling bee or helping my peers in college with their term papers, you might be able to deduce that I had always been a writer. But if you were to ask me at twenty-seven years old if I was a writer, I would have said, “No.”

Becoming a writer for me was a choice. And this is true for anyone who wants to do anything creative in their life, like write a book or paint a masterpiece or even launch a business. This kind of act doesn't happen to you. You chose it.

Sure, you may feel called to this work. It may come to you in certain quiet and vulnerable moments when you're wondering what your life is about. You may feel drawn to it as something certain and at once inexplicable. But the fact remains: you don't become an artist until you decide to be one. If the calling comes, you still must answer.

[share-quote via=”JeffGoins”]You don't become an artist until you decide to be one.

Why am I telling you this?

I'm sharing this, because I believe you have important work that deserves to be shared. And I also believe this world does a poor job of encouraging us to be creative. Our places of work often aren't great places for this work to be shared, and sadly our homes where we were raised weren't, either.

So, if you want to be an artist (whatever that means to you), it will require some boldness, a certain tenacity. And the journey won't be easy. But I hope you'll take it anyway, because we need your work, and we need you to share this work that only you can share.

If you are believing in a different future for yourself, constantly reinventing who you are and what you do, taking small but intentional steps towards becoming that thing, then you are not an amateur or a hobbyist. You, dear reader, are an artist.

One great way to start sharing your work with the world is through a blog. Tune in for one of my free webinars this week on how to launch a blog and get your first 1000 subscribers!

Click below to register for the date and time that works best for you.

What kind of artist are you? What do you need practice daily in order to act like an artist? Share in the comments.