In 2015, I made more money than I've ever made before, grew my blog email list to over 100,000 people and published a best-selling book. So why at the end of the year did I still feel like I was missing something? 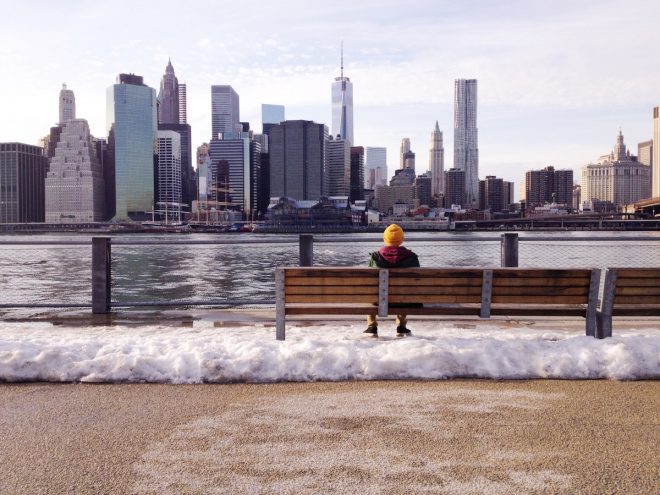 This is the time of year when many a self-help guru would like to sell you some dream of “getting what you want” or “creating your best life now.” And don't get me wrong. Those sound like great things. I want them for myself. But as someone who wrote down a bunch of goals last New Year's and basically accomplished them all, I can tell you: it's not as thrilling as you might think.

Why is this? I think there are a few reasons.

We humans are notoriously bad at understanding what will actually satisfy us.

Nobody believes that becoming rich will make you happy, but as Zig Ziglar once remarked, we all want to find out for ourselves.

Something I've found to be very important is understanding that happiness is a byproduct of purpose. So if you chase happiness, you won't find it. But if you chase purpose, you'll find happiness.

The work of Viktor Frankl illustrates this in his best-selling book Man’s Search for Meaning in which he shares that what human beings need more than pleasure is meaning. But how do we go about this? Find a project, Frankl says, something to work on. It doesn't have to be your passion, just something that requires your dedication and is a challenge you must overcome.

Having some kind of ability to meet the challenge is important, but it can’t be too easy. When we embrace this tension between competency and challenge we find ourselves in what's called a state of “flow”, which, according to another notable psychologist named Mihaly Csikszentmihalyi, is the secret to happiness.

So after reaching the same goals again doing more of the same things I've done for the past four years, what I realized is I'm bored. It's time for a new challenge, time to try something that might not work.

The journey is the destination.

Roads? Where were going we won't need roads.
—Doc, Back to the Future

The thrill of a goal is setting it, not accomplishing it. The satisfaction of running a marathon is the training, not the race. The enjoyment of starting a business is building it, not selling it.

When Steve Jobs left Apple, he had $100 million to his name. He never had to work another day in his life, if he didn't want to.

So what did he do?

He sunk half his life's fortune into a little animation studio called Pixar. And when this big bet paid off, making him a millionaire, he didn't stop there, either. He launched another computer company called NeXt that failed but was bought back by the company that fired him. And the rest, as they say, is history.

What do we call this? Workaholism? Maybe. But it just might mean that in spite of what we want to believe about our vocations, work is really a good thing — something we need to make sense of our lives.

And if that's true, then one of the best things we could do is not squander how we spend our working lives, making sure we always have the next thing to work on, never growing too content with any single success, and never despairing too much of any single failure.

So much satisfaction lies in our pursuit of a thing, not the thing itself. And yet if we don't have those small but significant “arrival” moments in life, we struggle to make sense of the rest of the journey. We need milestones and achievements to remind us we're making progress. But we also need to remember it's a long road we walk and that the process, not the individual success, is what make it fun.

Only you can decide when you get to be happy.

How much is enough? Just a little more than you already have.
—John D. Rockefeller

Until recently my goal every year was to double my income, increase my influence, and simply do more of the same things I'd already done. But this year I started to question why. What was the point of all this? Was I growing just for the sake of growing?

Not long ago, I had lunch with a business owner who has intentionally not grown his business in eight years.

“Why? Don't you ever want more?” I asked over sushi.

“More? No. Not more but better. I want to do better work.”

“Not more, but better” has been a mantra ringing in my ears ever since that meeting. Just after that, I went on a personal retreat in the mountains of Colorado, and I couldn't get that voice out of my head. As I started to ask for critical feedback from friends, family, and mentors, the same message resonated.

My goal for 2016 is not more, but better. To do better work. To have deeper relationships. To make more of an impact with the money, resources, and possessions I already have.

And maybe, just maybe, this is what you need, too. I’m not assuming it is, but I also know that if one of us is lost in the woods, looking for a way out, then there may be others who stumble along their way, as well.

This is for my fellow stumblers:

Now, do something with it. And remember, the secret is not more, but better.

What goals have you reached that aren't enough anymore? How do you want to complete better work in New Year? Share in the comments.