These days, it's easy to be famous. There are more influencers on Instagram than there have ever been famous people in the history of humanity. And our culture just keeps intoxicating us with the allure of more attention, and that it's an easy thing to chase. 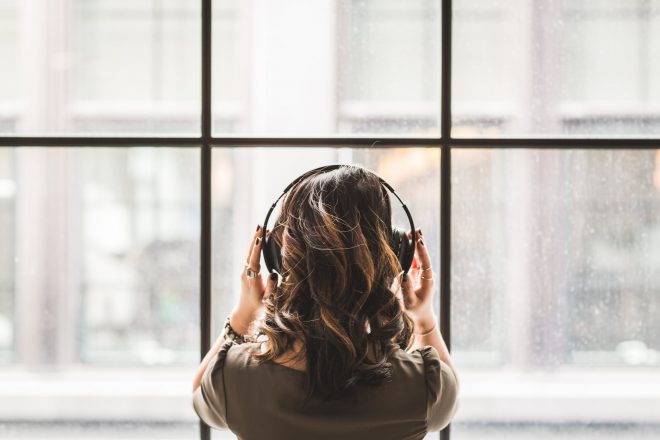 So, yeah. Fame is the easy part. The hard part is to consistently show up every day and do your work. To stay in your lane despite what your peers are doing. To remember that they aren't your audience.

It's hard to do this day after day, week after week, year after year. It's especially hard to do decade after decade.

Note: you can listen to the audio version of this lesson via the player below.

Can you believe that?!

One of the Internet's most influential marketers and longest-running bloggers has never had a huge viral sensation. Is that because he was just unlucky?

I don't think so. Seth hasn't gone viral, because going viral is not what Seth is trying to do. He's trying to connect with you and help you change things. And going viral can sometimes stand in the way of real impact.

[share-quote via=”JeffGoins”]Going viral can stand in the way of real impact.

If you're wanting more help with goal-setting, I highly recommend Michael Hyatt's 5 Days to Your Best Year Ever. It's a process I've been going thru these past few years and think it's simply the best goal-setting program out there.

How many one-hit wonders are still making music today?

In fact, I know some of these people. Living in Nashville, you start to bump into songwriters and musicians fairly regularly, some of which have experienced astronomical levels of fame at some point.

One friend I have fits this really well. His band used to perform for stadiums of people. Now, they play small dive bars.

And you know what? He's happier than ever.

For the past two decades, he's made his living writing songs for other people. He's written dozens of award-winning songs that have helped other people sell millions of copies. And he's made a good living doing it.

More than that, he loves what he does.

The big lesson for him was realizing the real reason he was doing his work was not for the fame, but for the thrill of making things.

So when his famous band fell out of the spotlight, as is nearly inevitable for all of us, he got depressed. Really depressed.

Then one day, another musician called him up and asked for his help in writing a song. He went to the studio and saved the day, and he felt alive.

So he did it again. And again. Dozens of times. Decades later, he's still doing it. I love that!

Lesson 9: Build a body of work

This is what makes a person an artist.

Not a single hit. Not going viral. Not people recognizing you at a conference or a coffee shop. It is the act of making things. Every single day.

It's no surprise that I think you should build a body of work. That's why I named my podcast The Portfolio Life. The creative life is one of multiple projects and gigs and crafts that all fit together.

The fun part about a portfolio is that no two portfolios look the same. That is, if it is made up of more than one thing, if it is diverse.

Constantly creating new work, however, is. Some of the work will fail. Some of it will succeed. But if you keep making things, you win.

Don't look at your work as a series of individual pieces that either “go big” or flop. Instead, look at it as a body of work.

Your magnum opus doesn't have to be a single creation.

[share-quote via=”JeffGoins”]Your magnum opus doesn't have to be a single creation.

It can be many creations that when all pieced together say something unique that the world has never before heard.

Need help figuring out what kind of portfolio you should be creating? Check out Michael Hyatt's 5 Days to Your Best Year Ever, which will help you set specific goals for each area of your life. It's great. I highly recommend it.

How are you building a body of work? What has “going viral” done for you long-term? Share in the comments.