You finally emerge from the dark jungle of self-doubt and the tangled undergrowth of self-loathing that is the typical interior landscape of writing your book (it’s not just me, surely?)

Congratulations! Your “pub date” is inked on to the calendar and it’s exciting to think of this artifact, crafted in the smithy of your soul, out in the world at last.

Until you realized what you’ve always known. Creating the book is easy compared to figuring out how to market and sell the thing. 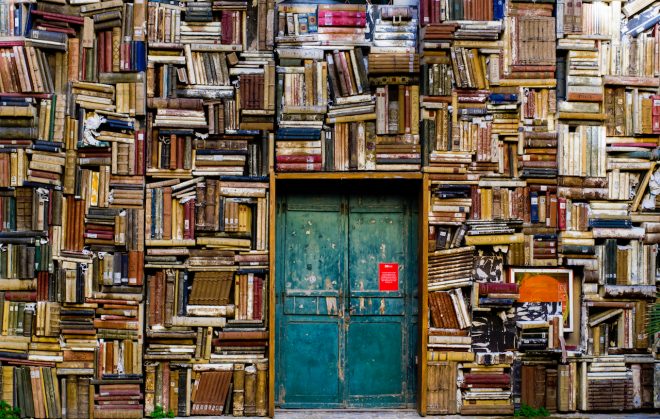 The rule of thumb I’ve heard is that 93% of books sell less than 1,000 copies. As I first heard those numbers more than five years ago and before the advent of dead-easy self-publishing, they may be overly optimistic.

Now, there are plenty of guides to help you prepare for this second stage. Jeff Goins and Tim Grahl are a dynamic duo. Michael Hyatt. Ryan Holiday. These are all people with the scars of success and failure whose stories are worth listening to. I’ve had some success too. My most recent book, self-published, sold over 180,000 copies in its first year, and a previous book, published by a New York publisher, has sold about 90,000 copies.

But as you consider what to do, it’s useful to consider what you won’t do as well. As I planned the campaign to make The Coaching Habit successful, there were three well-known tactics that I took off the table.

Why? Because when I admitted the truth to myself, I could see that pursuing them was magical thinking, the fantasy that somehow my book would be recognized, plucked from obscurity, and elevated to best-seller status.

Crossing these off my list, help me roll up my sleeves and get down to the hard work of making the tactics I could control have as much impact as possible.

Here are those three tactics (plus one other that might make you smile), so you can weigh the pros and cons for yourself.

Who doesn’t want “New York Times bestseller” splashed across their book’s cover? I certainly do. (So did Jeff.) But it’s not easy to achieve. The rule of thumb, at least for adult nonfiction books like mine, is that you need to sell 10,000 copies a week for two weeks, but — and here’s the twist — you also need to sell them through the right channels.

No one is entirely sure what those channels are (it’s not ebooks; it is certain mysterious bookstores). So while most of us like to think of the NYT bestseller list as a scientific calculation, it’s actually a bit of an art.

Now, this ranking on the NYT list is an almost impossible task if you’re not famous, or don’t have a big crowd at your back or a mega–TED Talk. But it is something you can buy if you know how. For a certain amount of money — it’s either high five figures or, more likely, low six — you can find a partner to facilitate copies of your books being sold through those NYT channels.

Is that ethical? It’s much debated among authors I know. There are some authors who are just making sure that real books that are really sold get counted towards the list, which seems OK. And then there are others who buy their own books and then get them counted, which doesn’t. (Here’s an in-depth article, if you’re curious.)

Anyway, I knew from the start this wasn’t something I wanted to pursue. For one reason, I’m keeping that $150,000 stacked in used twenty-dollar bills in my air-conditioning vents for something else. And, in all seriousness, I got clear that the goal was for this book to be considered a “coaching classic”, which meant I was playing a long game.

A week on a bestseller list wasn’t nearly as important as a commitment to keeping the book alive and important for at least five years. I bet that this long-term mindset (and willingness to invest over that time) was going to pay a better return.

Ironically and delightfully, I accidentally made it on to a list after all. The book spent one week on a Wall Street Journal list (#3 business ebook!) after we ran a BookBub campaign that managed to shift about 7,000 ebooks in a week.

Brendon Burchard is masterful at writing successful books. His books all end up on the NYT best-seller list, and he’s done a brilliant job at leveraging that fame for on-going success.

I’ve looked at what he does, and while I’m only guessing here, I think the essential parts of his book launch system are —

It’s impressive. And even if I had wanted to, I couldn’t have pulled it off. I didn’t have the size of a list (ah, it’s always about the size), nor did I have a post-book upsell to offer to help my partners make some “real money.”

But even if this is beyond you, it’s worth seeing the genius in the system that Burchard’s built. Each book has credibility, and provides an easy and safe way onto his mailing list. He knows that the big win is not the book sale but having that person become a regular customer of his programs.

As you think about your book, it’s worth defining what role it plays in your business model. It’s almost guaranteed not to be a big “revenue source” on its own. So how does your book provide an introduction to the real way you make your money?

In the good old days, you dreamed of being summoned by Oprah to come talk about your book. With the Oprah aura (or so the fantasy went), your book would surge to the top of every bestseller list.

For nonfiction books, Tim Ferriss is the new Oprah. Through his blog, his email list and his lengthy yet excellent podcast interviews, Tim has the eyes and ears of a huge fan base. One interview has helped a book hit #1 on the New York Times bestseller list. One tweet has helped a certain brand of sardines disappear from shelves. (It’s all laid out here.)

I haven’t used this strategy mostly because I haven’t found a way (yet) to get Tim’s attention. Only a personal introduction will do it with Tim, of course, and that still may not be enough: I’m sure the man is besieged with introductions from people he both knows and trusts.

I’ve not abandoned this one. But it’s a little like the Queen of the Andes plant, which only blossoms once in a hundred years. I’m keeping my eye on the opportunity. Who knows, something may happen and I may get a text from Tim saying “let’s talk.” But I’m assuming not, and I’m wasting no time hoping this will somehow happen.

4. The most expensive book in the world

So here’s the bonus, non-obvious idea. And you need to know, I really REALLY liked this idea. Inspired by British artist Damien Hirst and by the rap group Wu-Tang Clan, I thought I’d create the most expensive business book ever. A cover encrusted with diamonds à la For the Love of God. Pages handwritten on vellum by a calligraphy master. Presented in a box made of gold or perhaps of beautifully carved wood. Only one made, à la The Wu — Once upon a Time in Shaolin.

I wasn’t entirely sure how production would go. I think I’d have put it out as part of a Kickstarter campaign for a million dollars — or maybe two — and created only if someone actually bought it.

And think of the press!

My team put the kibosh on the idea. It was, they rightly pointed out, against our core values of Elegance and Tread Lightly. It was a vanity project. It was ridiculous. That said, Marlene, my awesome assistant, did make me a couple of bedazzled versions to help me feel better about it all. 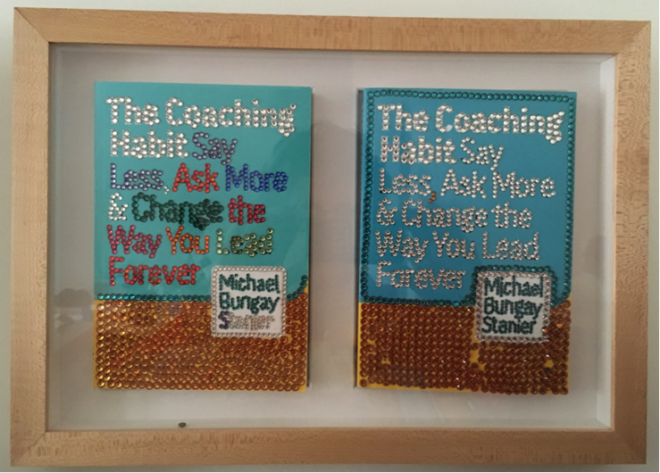 But the lesson to take from this isn’t about being pro- or anti-bling. It’s about thinking about the marketing of the book right from the start. Rest assured, no-one and I mean NO-ONE cares about a press release saying your book has appeared on the planet. If you want press, you need to find a story. You need to rise about the noise and provide something that grabs their attention. Be funny. Be different. Be controversial.

Whatever your idea, you should probably expect it to fail. Almost nothing catches on. But occasionally it does. Scott Stratten is a guy to watch here. He’s launched a number of memes that have taken off, from this video to this story to the quoted-by-and-now-attributed-to-Brené Brown “Jackass Whisperer”.

How long is a piece of string?

Strategy, in its essence, is taking a deep breath and saying Yes to a few things and in doing so, saying No to many things.

My wish for you: the courage to boldly pick a few marketing tactics and do them deeply, fully, madly. You of course will be taking your best guess at what works, and not all of it will. But don’t try and do everything. And start by crossing these tactics off your list.

What book are you working on? Which book marketing strategies interest you the most? Share in the comments