While working on my latest book, I hired media strategist Ryan Holiday to help me promote it. When I did that, he asked for something I didn't expect. He asked to see my manuscript. 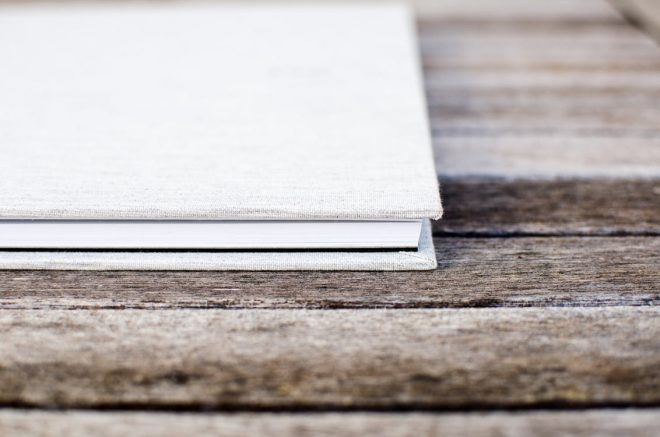 “Because,” he said, “once a book is finished, the marketing is done.”

Thus began a year-long journey of writing and rewriting my next book, which comes out later this year. It was a painful, grueling effort but one that resulted in something I'm proud of.

The place where we began working, though, was not where I expected.

After I finished a rough draft of the book, Ryan told me to not write another word until making a very important decision. In fact, this just might be the most important marketing decision you'll make as an author. He told me I had to decide what the book was actually about. I had to give it a title.

I recommend you apply as much of this as possible, gleaning what you can for your own journey. I hope it helps.

“It seems to me that this is two books,” Ryan told me. “One about creativity and the other about how to not be a starving artist. The first is a category that is already over-crowded, and the second sounds interesting. I think you have to pick one. It can't be two books.”

Ryan was right. I was writing two books. Fascinated with the research behind creativity and why it had become a popular subject of study lately, I wanted to know how the brain worked and how that influenced our creative efforts. But that book had already been written — a few times.

This other idea, however, was something new. Maybe even something fresh. Something I could get excited about. So I chose to focus on the starving artist angle, and that decision made a world of difference. Now that I had an argument — you don't have to starve to be an artist — it was now time to find a title.

Exercise: When choosing an argument, consider the question: “What is your book about?” Can you capture the argument in a single sentence? My friend Marion likes to say, “All great writing is about something, and that something is not me.” Your big idea needs to be something memorable and interesting — to the reader, not just to you. Don't move forward with writing the book until you have a well-formulated argument that can be summarized in a single sentence. For more on this, check out this podcast episode.

The first title of my book was The Creative Advantage.

It was based on the idea that maybe what makes many creatives and artists starve is the same set of tools that can help them succeed. But when I shared that title with people, I heard more than a few times, “I feel like I've read that book already. Didn't I already buy it?”

Seriously. I probably heard that a dozen times.

So it got scrapped.

While working with my agent Stephen Hanselman (who has worked with Tim Ferriss, Dallas Willard, Jack Canfield, and others), what really excited both of us was Michelangelo's story of how he was secretly a millionaire.

I found that interesting and thought it said something about what's possible with art and business. Maybe you can be both, and perhaps Michelangelo is the example to follow.

So, we started calling it The Michelangelo Factor. I liked that. It was catchy intriguing. But I also secretly worried about folks who weren't artists or didn't know much about Michelangelo. Would they be intrigued, too? Plus whenever I told people that title, they kept calling it something else, like The Michelangelo Effect. Which worried me.

Maybe it wasn't that catchy, after all.

So I kept considering alternative titles but nothing seemed to stick. So I went back to writing. Maybe the title would emerge the more I wrote.

Exercise: Brainstorm at least 3-5 titles that best encapsulate the argument of your book. These need to be clear and compelling, something that would dare readers to pull the book off the shelf. Whatever you do, when considering a title for your book, don't settle. Make sure that your argument is clear and everything in the book, including the cover and title, point back to that one central idea. For more on picking the perfect book title, read this and this.

When in doubt, be interesting

So I wrote the starving artist book instead. It was another draft of the book I'd been working on, but this time more focused (I typically write about five drafts of a book before doing any serious editing). When he read that version, Ryan said, “It's sort of like what you're saying is: ‘Real artists don't starve.'”

As soon as he said it, I knew that was the book title: Real Artists Don't Starve.

It both scared and excited me at the same time. What would people think? Would it push them away? Would it stir up controversy? Was it actually true? When I ran the idea by my friend Marion, she said, “You don't have to be right. You just have to be interesting.”

That took a lot of pressure off, but I wanted to dig a little deeper. I needed to test this idea. So I ran a series of polls on both Twitter and PickFu and was startled by the results: when people liked the book title, they loved it, but when they didn't like it, they hated it.

I thought that was interesting.

Then I started asking friends — but not just random people off the street. I polled bestselling authors and popular bloggers and book marketers. I asked my friend Joe, who is an author and popular blogger. “That's the title,” he said one day as a group of us sat down to eat brunch at a restaurant in Portland. “It has to be. I'm telling you right now. That's what the title is going to be. I just know it.”

I wasn't so sure, though. Because everyone I talked to either loved the title or absolutely hated it. And that worried me. The publisher wasn't sure, either. In fact, all my marketing-savvy friends loved it, but some did not. So, I waited and waited, worrying about the right thing to do.

Then I started asking potential readers, people I met at events and conferences. One was accomplished fine artist, Cassia Cogger, who when she heard the title said, “Well, yeah. I mean, it's true. You can't starve. You have to make a living if you want to create art.” 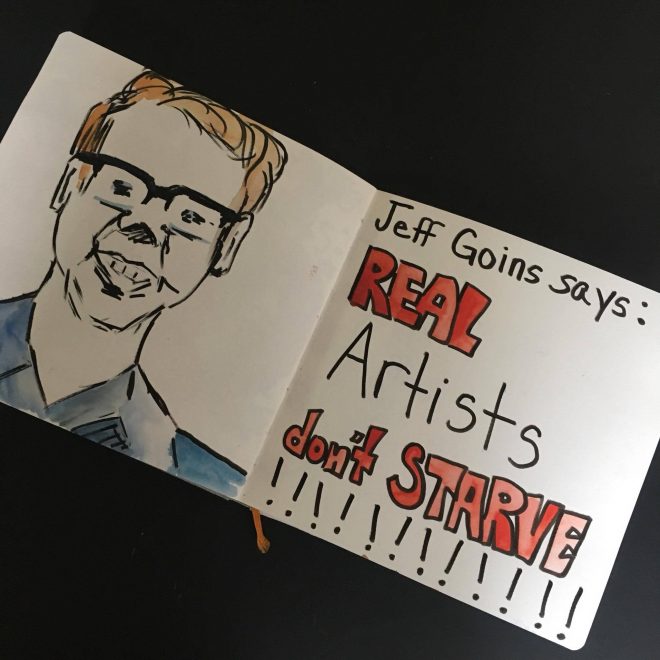 Finally, I asked Joel Miller, who edited my previous book, and he said, “Nope. All those other titles are dumb and this one just works. That's the title.” He didn't couch it in any formalities or niceties. That's what I love about Joel. And so, because he knew it, I knew it.

Which is how my book became: Real Artists Don't Starve.

Exercise: Once you have at least 3-5 titles, start running some experiments. Ask friends, readers, strangers. Get feedback before you decide. You don't have to go with the most popular option, necessarily, but you want to make as informed a decision as possible. In the end, you need to choose something that will connect with the core audience you intend to reach with the book. And when in doubt, be interesting. For more on creating interesting content, read this.

Lessons learned and how to title your book

How did I know this was the right title? Well, I didn't. But I chose it, anyway, because I believed it encapsulated the argument I wanted to say and because I did the work to validate the idea. That doesn't mean some people didn't disagree with it, but ultimately it felt like the right choice.

Here's why (and what you should be looking for when you title your own book):

So, that's how I came to title my latest book. Now, here's what I learned…

One person I asked about the book title said, “Man, I would pick up that book just to prove you wrong. I mean, I'm thinking, ‘Who does he think he is!?'”

That's the kind of reaction you want to a book title, not “I feel like I've read this already.” It needs to grab the reader, daring them to pick up the book. That's the most important decision you can make as an author: picking the right book title. Do that and everything becomes easier.

So that's the process that got me here, and I hope it helps you get to wherever you're headed.

Here's a list of the resources I mentioned above:

What do you think? How does Real Artists Don't Starve strike you? What are some of your favorite book titles?