Note: This is a post I recently re-wrote and updated to reflect the current state of the publishing industry and my thoughts on book trailers. Plus, I have a new trailer that you should check out. 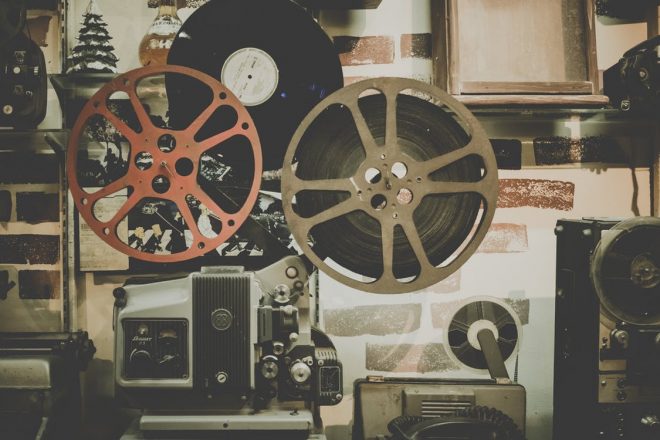 Today, the trailer for my new book, Real Artists Don't Starve, just came out. I'd love your thoughts on it. But before we do that, here's a question to consider: Do book trailers even matter?

The short answer is no. Not really. Few people buy a book because they watched a 60-second video on YouTube. Does that mean you still shouldn't do a book trailer? Only if you're going to do one poorly, which is the way that nearly everyone does them.

My first book trailer was awful. The second one was great. The third was even better. And by the fourth, I feel like we finally figured this thing out.

What made the difference? The way we approached the process.

Why most book trailers are bad

For my first book trailer (which was for my second book), I met with a video crew and stared awkwardly into a camera for five minutes, talking about myself. I didn’t have any experience as a speaker and didn’t understand what a good trailer was supposed to do.

Not surprisingly, it flopped.

With the second one, we didn’t do any of that. My publisher provided a top-notch video editor, we wrote a script, and we kept it short. It went well, gaining over 20,000 views on YouTube in a few short months. The next time we did it, it went even better.

And on and on it went.

Here’s what we did differently between that first and second trailers and why it made all the difference:

Most book trailers aren’t very good. Actually, that’s being generous. Most book trailers are lame. They’re boring and insulting to the reader, because they fail to deliver a message that goes beyond the book or the trailer itself. Just like a good book cover, a trailer should respect its audience.

I love books and hate seeing them represented so poorly. Which is why I was excited to see the trailer for my latest book not suck. I think it satisfies all three of the criteria above and is beautifully designed. But I’ll let you be the judge of that. Watch the video below, or click here if you can't see it in this window.

Now, for the rest of this post, I'm going to be a little more practical and tell you how to make a successful book trailer. But first things first: to do this right, you have to go above and beyond expectations. You have to dare to be more than mediocre.

If you do this, book trailers can be an incredibly effective marketing tool to get your message out there. So here are three ways to do them right.

Tim Ferriss did this for The 4-Hour Body, turning his trailer into a crowd-sourcing campaign, and it went really well, with thousands of people participating. The benefits of this are it's fun and you get free promotion that doesn't look like promotion (which is the best kind).

I actually did this for my first book. Though there was no official trailer, I asked my audience to shoot videos of themselves promoting my book and gave $100 gift card to the best one. This resulted in hundreds of videos being posted about my book, and some of them were really good. Here's the winner of that contest (which was so much better than the video I did).

The benefits of this are it's fun to do and you get a ton of free promotion that doesn't look like promotion (which is the best kind). You also get a lot of great ideas that you can apply to your own trailer if you choose to make one.

Strategy #2: Sell the idea, not the product

Remember: people don't watch book trailers. So make it something they might actually want to see — like a story in itself. That's what I did with the trailer for The In-Between (my third book). It was more about selling the idea than it was about selling the book. When you get an idea to spread, as Seth Godin says, you win.

Here's that video (which is still one of my favorite book trailers ever — and as you can see, it got a lot of views online):

You might even think of it as a mini-documentary, not a trailer. I like how Bryan Harris did this for his online course, publishing a series of mini-documentaries about people who built online businesses. Those videos received tens of thousands of views each and outperformed nearly any other video promotion he had ever done. In fact, I cried watching one of them — twice.

Here's the trailer for that series:

Strategy #3: Pretend it's for a movie, not a book

I'm really proud of the the past three trailers I've done for my books, especially the most recent one. But the first couple attempts weren't great. That's because I treated them like book commercials instead of movie trailers. But as I already mentioned, a good promotion is about selling the idea, not the product.

Most book trailers are terrible because they're trying to promote something that's hard to sell on video. Instead of doing that, why not make it interesting? Grab the audience's attention and invite them into something bigger than themselves. Ryan Holiday did just that for The Obstacle Is The Way, which you can watch below. It's not about the book. It's about the idea.

But what if I don't have any money?

This is a process that you should be prepared to invest in, if you want to do it right. Just like with editing a self-published book, you don't have to do this, but you really should if you want this thing to stand out from the rest.

That said, you don't have to have a ton of money for a book trailer. You don't have to have fancy equipment or a world-class production team. The trailer for my book The Art of Work was a simple, inexpensive piece of marketing material that did really well for the book.

It doesn't take a big budget, but it does take a big idea. Successful marketing is about spreading a worthy idea in an interesting and surprising way that makes your audience the hero. Video is a powerful way to do that, so long as you do it right.

Successful marketing is about spreading a worthy idea in an interesting and surprising way.

So that's my two cents on book trailers. Be sure to click here to watch my most recent book trailer and tell me what you think in the comments. If you like what you see, please share.

For more on book trailers, check out the following:

What do you think makes for a good book or movie trailer? Do you have a trailer for your book or product? Share in the comments.