My freshman year of college, I had a crush on a girl named Lane. With curly hair and a sweet smile, Lane was cute. She was also two years older than me. 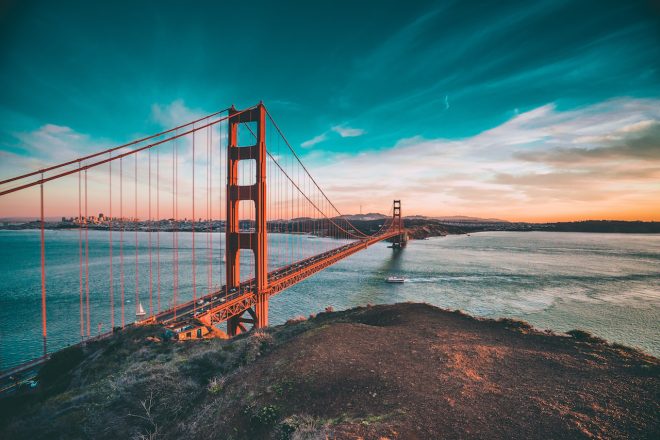 Since I had just broken up with my girlfriend, I was eager to get back in the game of dating, and Lane seemed to be the perfect girl. When I told my friends I was going to ask her out, they asked how I was going to do it.

“What?!” my friend Doug exclaimed. He was always the romantic. “Jeff, are you kidding me? You’ve got to sweep this girl off her feet. Go big or go home, man.”

So I did what any college male with a guitar in the corner of his dorm room would do: I wrote Lane a song. At ninety seconds of pure lyrical delight, it was the essence of romance and took me only a few days to write.

One Saturday afternoon, I picked up the phone and called Lane’s number.

“Hello?” a voice answered. It was her.

I slammed the phone against the receiver, grabbed my guitar, and stepped outside, shutting the door behind me. Because now I knew Lane was home. Racing across campus with guitar strap slung over my shoulder, I ran to her dorm.

Catching my breath in the lobby, I waited for someone to let me in, then walked straight to her door and knocked.

The door opened. And I stepped into a room full of people.

About half a dozen people were sitting around Lane’s living room, chatting as college students tend to do on a Saturday afternoon. As soon as I entered the room, they all turned to me. Lane smiled nervously and looked at me. I didn’t say a word.

Swinging the guitar from behind my back, I pulled it up to my chest and began to play. For the next one and a half minutes, I serenaded Lane, trying my best to ignore the onlookers.

The song finished with the on-key line: “Will you go to the dance with me?”

When I resolved with that final strum of the C chord, I looked at Lane, waiting for her answer.

She looked at me. I looked back at her. And everyone else looked at us.

Taking a deep breath, I grinned at her with fake confidence. This was the moment I had been waiting for, what I had been working up to for weeks now. I had, as my friends suggested, gone big, laying all my cards on the table. Now it was up to her.

Lane opened her mouth and let out two soul-crushing words: “I… can’t.”

My head dropped in defeat.

Shoulders slumped, I nodded, pretending to understand. But then I did something even worse: I didn’t leave!

Instead of excusing myself, I sat down in the middle of the room and tried to blend in. As if somehow that would be less embarrassing than just playing a song in front of a bunch of people, getting rejected by a girl, and then leaving.

I attempted to join the conversations, only to be greeted by looks of curiosity. But I played it cool: “What, that? That thing I just did? Oh, I do that every Saturday. In fact, I have three more gigs lined up today! This is just another stop on the College Dormitory Rejection Tour.”

Unable to bear the awkwardness any longer, I finally got up, walked across the room, and excused myself. Lane rushed to the door to see me out, walking with me through the hallway. “Well, thanks for my song!” she said sweetly.

Through gritted teeth, I mustered in the most sarcastic voice possible, “Oh, my pleasure. I aim to entertain.” And I left.

The truth about the leap

After that incident, it would be a long time before I would ever do something so audacious for a girl again. But looking back now, I understand how it happened the way it did.

Why did Lane shut me down? Probably because I had uttered a total of one hundred words to her in the previous year we had known each other. In my mind, I had built up the fantasy of a relationship without ever sharing the vision with her.

I think we do the same thing with our dreams.

First, we flirt with them from afar.

Then we fantasize, imagining what life will be like when we are united with what we love, without ever doing any real work. We wait, building up courage, and save all our passion for the big day when we will abandon everything and go for it.

And finally, we take the leap.

Sometimes, though, we don’t make it to the other side. We fall on our faces. Doing our best to pick ourselves up, we dust ourselves off and try again.

But if this happens enough, we begin to tell ourselves a familiar story. We remind ourselves that the world is a cold, cruel place, and maybe there’s no room in it for my dream. We get disillusioned and make the worst mistake you can make with a calling: we save all our energy for the leap instead of building a bridge.

The problem with how we chase our passions is that reality doesn’t always conform to how things appear in our minds. Lane said no because she didn’t know me. And as much as I would have liked to think differently, I didn’t really know her.

Relationships take time, as do dreams. They’re full of routines and unexciting work that make them unfit for a movie script but appropriate for real life.

For nearly a decade, I did this with my passion for writing. I dreamed of it, talked about it, even made “plans” for when luck would come my way and I’d be able to do what I love for a living. All along, though, I was kidding myself, believing the myth of the leap, which was the very thing holding me back from my dream.

When it comes to chasing a dream, don't take a leap. Don't go all in. Not yet, anyway. Take your time and build a bridge.

It takes longer and doesn't look particularly “sexy” but this is the way to build things that last — not by taking a giant leap but by building a bridge.

A year and a half after moving to Burundi, the second poorest country in Africa, Ben and Kristy Carlsons turned their love for coffee into a business. They wanted to help as many people as possible, and they saw the potential for Long Miles Coffee to be something significant. So they went all in.

Committed to providing fair prices to farmers and inspired by Benjamin Zander’s words that “money follows contribution,” they decided to make a go for it with the business. They didn’t know everything before taking that step, but they trusted that things would come together.

“I’m not saying everyone should run out and quit their jobs,” Kristy wrote me. “I am saying that some risks are worth taking and that as we take them, opportunities often open up.”

And so far, it has worked out.

Just the other day, I was at a coffee shop and saw some of their coffee on the shelf. Apparently, things are really starting to take off for them. By no means did they play it safe, but neither did they risk everything as we sometimes think we must in order to chase a dream.

As part of writing my fourth book The Art of Work in which their story appears, I asked Kristy how long her “leap” took. She told me ten years.

Ten years! That's not quite a leap. If it is, they were moving in slow motion, like one of the characters jumping from building to building in the Matrix. But this is how you chase your dreams. Slowly and intentionally. Sometimes, amazing things happen suddenly. I'm not saying that won't happen. But don't count on it. Count on the work being hard and long, and learn to love the work.

That's the best advice I can give.

[share-quote via=JeffGoins]Count on the work being hard and long, and learn to love the work.

At one point during our interview process, I made the mistake of suggesting the Carlsons made the leap due to a sense of being called to something great, which Kristy Carlson corrected me:

I think placing words like ‘greatness’ near us makes it seem as if we are not your average human beings, and we really are. Any person could move in the direction that we did if it seemed like the right fit for them, even if it’s just one small step at a time.

What is your big dream? How can you build a bridge to it before you take a leap? Share in the comments.