What was the most amazing year of your life? 2015 was a big one for me. A lot can happen in a year. 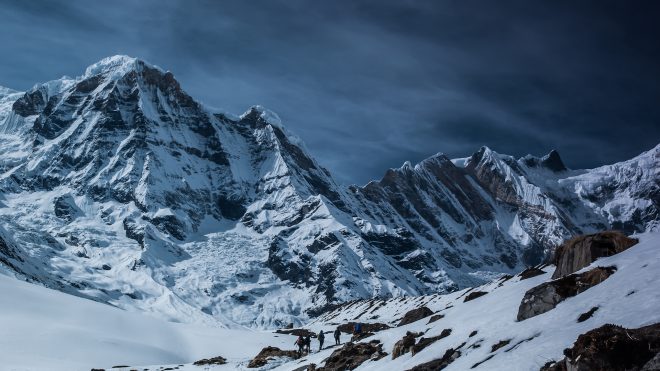 That year, I was on the cusp of something big — and I knew it.

At the time, I'd published two traditional books and one self-published eBook. I had a growing online business and a decent-sized email list. But I felt like something we missing. I knew I was capable of more but didn't know how to reach my potential.

Around that time, I had a conversation with a successful friend, someone who went from being an unknown artist to becoming a millionaire in just a few years. When I asked this friend how he did it, he told me a story. Here's what he said:

You know, I went from making $50,000 a year to 300,000 because I set a goal and hit it. But then the next year I got lazy and didn't set a goal at all. I don't know why. I just didn't. And at the end of that year, I did about the same amount of business as the previous year. I didn't grow. So I realized something. When I set a goal, I hit it. And when I don't, I just kind of drift through life.

The next year my friend set a goal to double his income. And he did. The following year he set a goal to make a million dollars. And he did that too. Since then he's continued to set goals and hit them, whether they be financial or personal.

That spoke to me. I realized there's power in goal setting when you do it the right way. You just need the right tools.

[share-quote via=”JeffGoins”]There's power in goal-setting when you do it the right way.

The year that changed everything

I had never done any of these things before. My most successful book had sold fewer than 20,000 copies. My previous book advance was for $55,000. And the previous year, my business had done something like $350,000 in sales.

That fall, my wife and I moved into the house of our dreams and got pregnant with our second child. At the end of the year, I looked back and realized my friend was right. When you set a goal, you have a good chance of hitting it; and when you don't, you have virtually zero of hitting it.

[share-quote via=”JeffGoins”]When you don't set a goal, you have zero chance of hitting it.

Please hear my heart on this. This is not about money. It's not about success or fame or any of that. None of those things ever made me any happier.

What has changed my happiness, however, is my ability to achieve goals. When I am accomplishing what I never thought were possible, my confidence grows. And when confidence increases, so does my happiness.

Achieving your goals really can make you happier. But you have to set — and achieve — the right kind of goals. For years, I had dreams that never came true. But once I learned how to be smarter with goal setting, all that changed. And do you know where I learned that? Michael Hyatt.

In January of 2015, a year that was a game-changer for me, I took Michael's online course 5 Days to Your Best Year Ever and I was skeptical. How can you possibly plan an entire year in five days, and actually achieve those goals?

But Michael is a friend and a high achiever, so I trusted him. And guess what? In 2015, I had the most amazing year of my life. It was a year that allowed me to achieve was I assumed was impossible.

Since then, things have only gotten better.

This is the power of setting goals. Whether you aspire to change your relationships, your finances, your career, I know that you are better off setting goals than not.

I know. I've been on both sides of the spectrum. Life with goals is better than without. Trust me.

If you're ready to have the best year of your life, I highly recommend you sign up for Michael's online program 5 Days to Your Best Year Ever.

I go through it every year and it helps me align with my values and turn those into measurable action. I'm even taking my whole team through it.

It's an affordable online video course that you won't regret joining. And just to show you how much I believe in it, I'm offering two exclusive bonuses if you sign up for it.

Consider these my encouragement to you to keep going with your goals:

You will get both of these for free if you sign up for 5 Days to Your Best Year Ever before midnight tonight (December 15).

This is your year

I believe in goals. I believe in this program. And I hope it doesn't sound too cheesy to say this, but I also believe in you. 2017 can be your best year ever.

Get started and click here to claim your bonuses (I'll send you more on that in the next week after you sign up).

The world needs your work. Your voice. Your words. But it's up to you to take the first step. Setting smart goals is that first step.

What goals do you have for 2017? Are you ready to make them a reality? Share in the comments.