Note: This is a guest post from bestselling author Ryan Holiday. I don't normally run guest posts, but Ryan is a friend and trusted advisor. In this post, he shares some incredible ideas from his latest book Perennial Seller, which I highly recommend for anyone who wants to create work that lasts. Enjoy!

In an interview, the novelist Ian McEwan once complained light-heartedly about what it was like to go out and market a book after spending all the time creating it:

I feel like the wretched employee of my former self. My former self being the happily engaged novelist who now sends me, a kind of brush salesman or double glazing salesman, out on the road to hawk this book. He got all the fun writing it. I’m the poor bastard who has to go sell it. 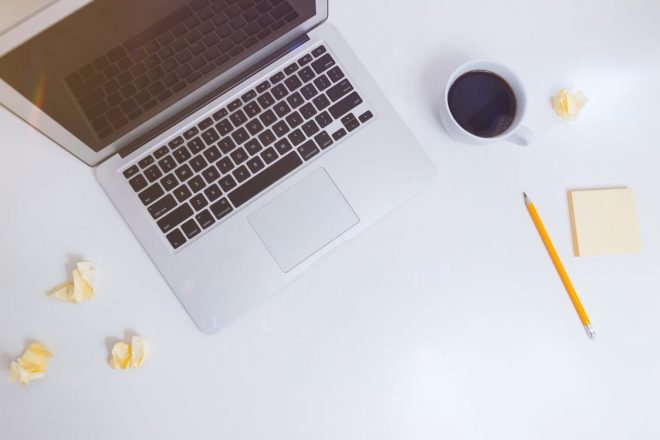 Every artist can relate. Very few of us got into this business because we wanted to have to manage social media accounts or approve an advertising campaign. Writers became writers because they wanted to write. Actors want to act — not spend two weeks on a grueling press tour. The founder wants to be working on their product, not polishing blog posts for some content marketing side hustle.

But considering how few people get to produce art for a living, and how much drudgery and “hawking” is involved in almost every other industry and profession, this seems like a rather privileged complaint. Who is going to sell your movie, your app, your artwork, your service if not you? Even if you pay someone else a lot of money, how hard are they really going to work?

Nothing has sunk more creative projects than this silly, entitled notion that “I’m just the ideas guy.” Or that McEwan put it, that there is a difference between being an artist and a salesman. In fact, they are the same job.

[share-quote via=”JeffGoins”]Being an artist and a salesman is the same job.

If Not You Then Who?

Who should make the time for your art if not you? What does it say that you’re not willing to roll up your sleeves to get to work telling people about this work you have made? Name one person who should be more invested in the potential success of this project than you.

The idea that the world is waiting with bated breath for another movie, another book, another app? It’s not true. People love classics from the recent and distant past. When Harper-Collins has an imprint called Harper Perennial, for instance, or when catalog albums are outselling new releases, it should tell you something:

People are pretty happy with the old stuff.

To get them to like your stuff is no easy task, then. “'If you build it they will come' can happen, but to count on that is naive,” Jason Fried explained to me when I asked how he built 37signals, now Basecamp, into a platform with millions of users after pivoting from a Web design company to a Web app company in 2004. “In order for the product to speak for itself, it needs someone to speak to.”

It needs someone to speak for it, too.

As Byrd Leavell, a literary agent, puts it to his clients, “You know what happens if your book gets published and you don’t have any way of getting attention for it? No one buys it.” That can’t be what you want!

There is Plenty of Time

Al Ries and Jack Trout, likely two of the greatest marketers who’ve ever lived, acknowledge that CEOs are very busy. They have meetings, phone calls, business dinners, and countless other day-to-day responsibilities. So, naturally, CEOs delegate the marketing to other people. But this is a huge mistake.

“If you delegate anything,” Ries and Trout say, “you should delegate the chairmanship of the next fund-raising drive. (The vice president of the United States, not the president, attends the state funerals.)” The same is true for creatives. We get it—you have other projects to do, you have a family, you’re busy.

The same goes for artists. If we’re honest with ourselves, we will find that there is plenty of waste inside our artistic routine. Time spent watching TV, time spent on meetings that go nowhere. You can cut back on all this.

The last thing you can ever afford to skimp on is marketing. Your product needs a champion. As Peter Drucker put it: “[Each project] needs somebody who says, ‘I am going to make this succeed,’ and then goes to work on it.”

That must be you. Marketing is your job. It can’t be passed on to someone else. There is no magical firm — not even mine, which was lucky enough to count Jeff as a client — who can take it totally off your hands.

[share-quote author=”Ryan Holiday” via=”JeffGoins”]Marketing is your job. It can’t be passed on to someone else.

What’d I’d like you to see is that this isn’t an obligation. It’s an opportunity. It’s perfectly possible to apply same amount of creativity and energy into marketing as you put into making.

Look at brilliant campaigns like Paulo Coelho’s decision to upload his own book on Bittorrent sites in Russian to grow his fan base. Look what he did in Brazil with his publisher to run ads that featured the entire text of his famous novel The Alchemist. It’s a giant block of text in 4.1-point font, so it’s basically impossible to read, but it’s still a stunningly clever and brazen move.

The brilliant ad reads in part, “Thanks to the 70 million who read the book. If you are not one of them, read this ad…” The result was immediate coverage in outlets like Adweek and, of course, much love on social media. He had to do that — he had to lead those efforts.

In 2014, the mostly unknown band Vulfpeck released a 10 song album, Sleepify, all songs featuring 31 seconds of silence. The idea stemmed from the fact Spotify didn’t pay artists until a “proper play” of 30 seconds. By creating this album the band was inserting themselves into the larger discussion of royalty payments to artists.

When the band released the album and encouraged fans to download and play while sleeping (since all the tracks were silent) the band not only earned $20,000 in Spotify royalties, they earned mentions in Rolling Stone, Forbes, Billboard, The Guardian, and many more.

Think about Marc Ecko hustling to send “swag bombs” to influencers—including a hand crafted Malcolm X airbrushed jacket to Spike Lee to celebrate the director’s movie. He was making stuff as his marketing. Over two decades later, Marc and Spike are still working together.

Are creative marketing ideas like this not their own works of art? Wouldn’t your work be served well by applying your muscle and creativity to coming up with something similar?

There are so many great ideas and cool ways to get your work out there, I promise.

Jeff talks about the difference between a starving artist and a thriving artist — this is that difference. The desire and the ability and the initiative to get what you’ve made in front of people. To see the whole equation as the artist’s responsibility — not just the time they spend in the studio or at the computer or on stage.

Plenty of people can make great work. Not everyone has the dedication to make it and to make it work. Marketing is an opportunity for you to distinguish yourself, to beat out the other talented folks whose entitlement or laziness holds them back.

So yeah, you have to get out there and hawk your stuff. Not just because if you don’t, who will, but because no one can do it as well as you can.

What has held you back from marketing your work? What are you going to do next to get your work out into the world? Share in the comments.