Today, I have an article featured on Prodigal Magazine, inspired by the Spielberg classic, E.T. Turns out, this little extraterrestrial has a thing or two to teach us about the story of our lives. 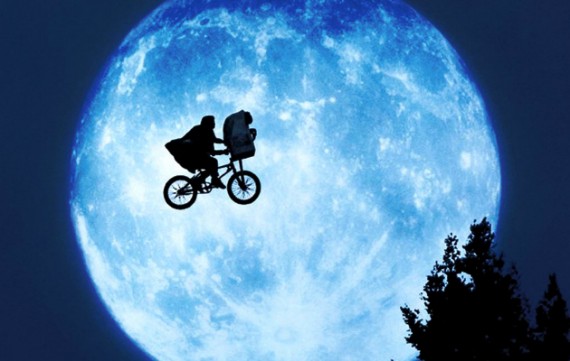 Batman & Robin (the one with George Clooney) was on television this weekend. If you’ve never seen it, you’re not missing anything. It’s by far the worst of all the Batman movies; I can guarantee this.

But for some reason, knowing all this, my wife and I thought it would still be a good idea to watch it. Call us gluttons for punishment, I guess.

The movie was as bad as I remember it — worse, in fact. Granted, I believe the filmmakers were intentionally trying to recapture the campiness from the old TV show, but it was all a bit much: the dated special effects, nonstop puns, and contrived stunts. It was painful to watch. They might as well have employed cartoon signs with “Pow!” and “Blam!” to illustrate the fight scenes

I was surprised to hear my wife didn’t remember seeing it. I grew up with that movie; I thought all kids from the 80s did.

As we watched it, I was amazed at how good the film was, how it still measured up after all these years. As with most Spielberg movies from that era, it only gets better with time.

We watched the movie from the comfort of our living, as our newborn son slept on the couch cushion next to us. We don’t get to see many movies anymore, so this was a welcomed escape — even with the commercial breaks.

We didn’t make popcorn, but we should have.

At the end of the evening, having seen the highest of highs in modern cinema (and the lowest of lows), I wondered: Why do some films stick around while others become obsolete? Why do others get rich with time while most grow stale within a few years of their release?

Maybe it has something to do with story.

Read the rest: What I  Learned about Life from E.T.

Our most beloved tales are timeless. They're classics, because their themes never change. Human beings always need connection with each other, and the best stories (especially our lives) demonstrate this fact.

So what's your life's story about? Share in the comments.