How do you know when you’re done with a creative project? You don’t. Not really. Here’s what you need to do in order to end the process of writing a book well. 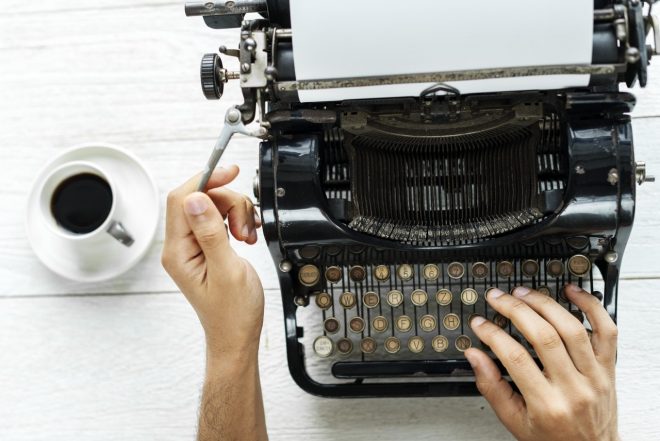 In this episode of The Portfolio Life, we finish the special mini-series on How to Write a Book. Here are the first two episodes if you missed them:

This final phase is all about finishing.

There are a few important principles to finishing your book. At least as much as any author can actually finish their book.

When it comes to writing, there really is no finish line. There’s no point at which the book is absolutely done because, as Leonardo Da Vinci so aptly stated, “Art is never finished, only abandoned.”

What we’re going to cover in this phase is how to abandon your book well. This is broken down into the final three steps of how to write a book:

What follows is an expansion of these steps to writing a book.

No matter what you do, you have to finish this book. Set a deadline. Establish a finish line. Regardless of how much you could keep working on it, have some sort of final deadline for when you want the book done by.

If you’re working with a publisher, they do this for you my imposing an agreed upon deadline and following up to make sure you deliver.

If you don’t have a publisher, set a deadline for yourself or ask a trusted friend to hold you accountable to a specific date.

One rule you need to live by is to never miss a deadline.

Sometimes dates have to get moved around for one reason or another, but you need to operate under the assumption that you can’t move a deadline. This will force you to do your best work on time. Which is what a professional does.

Set a deadline and have a point in time at which you release your work into the world to take on a life of it’s own.

You’ll need to take your book through five different drafts:

If you don’t commit to the process of shipping and letting it go, you’ll never be willing to let it go, and your book will never get created.

Do what you need to do in order to get this book out in front of people. Don’t put it in your bottom drawer. Don’t save it in a folder for later. The worst thing that can happen at this step is for you to quit once the book is already written. After you’ve finished the fifth draft, you need to put it out there.

This is where the transformational work of impacting people really happens. Stalling won’t enable you to do your best work, and it won’t allow you share your ideas with the world.

You can’t change people’s lives with your story if you don’t let anyone read it.

As you approach the end of your writing project, you need to know that this will be hard. And you’re probably going to mess something up.

I remember when my last book came out, that I decided at the last minute that the headline font wasn’t what I was looking for. But it was too late. When the book came out, part of me was a little embarrassed to talk about it because there was this headline font I didn’t like, and wasn’t able to change.

This is the way creative work goes. We’re always riffing and iterating and imagining what else could be. And yet, the work of bringing new things into the world does not go that way. You have to make choices. And some of those maybe the wrong choice, or not the same choice you’d make later if you had more information or time.

Inevitably, you’re going to do something with this book and it will go wrong. Something will happen that’s a mistake or doesn’t meet your expectations. In that moment, when you realize that something has happened, it will feel like failure. You will have failed.

That’s part of the process. Learn to be okay with failing because this is the only way that you’re going to get any work out into the world is to fail a little bit. Give yourself grace and understand that when you get to the end of writing a book, you realize now you know how to write it and can go back and write it again better (like in the five-draft method).

At the end of writing and editing a book, you are always a different writer. A better writer. You are not who you were when you started this project. So when you go back and start this process again, you’ll come out the other side a little better.

The danger is to get stuck in an endless loop of tweaking and iterating and trying to make things better. Editing is good, but not endlessly at the expense of publishing. After your fifth draft of a book, you start to experience diminishing returns and your improvements are so incremental, they become inconsequential to the reader.

It’s not that everything is perfect. It’s that you realize your not necessarily making the book any better.

While writing The Art of Work, I’d meet my friend and editor, Joel Miller, late at night after our kids had gone to bed to talk about the project. One evening, after showing up with another new stack of books I’d purchased that week and sharing fresh ideas for what I wanted The Art of Work to be for the hundredth time, Joel said to me:

“That book is done.”

I tried to argue that we needed more material and readers would have questions about a specific topic and Joel stopped me again saying:

“This book is cooked. If you put it back in the oven, you’re going to ruin all of the work you’ve done up to this point.”

I love the analogy of baking something. And maybe it’s not perfect. Maybe you used milk chocolate chips instead of dark chocolate. But you’ve mixed the ingredients, and everything is all blended together. If you try to keep working on it or cook it any longer, you’re going to ruin it.

It’s not perfect, but it is whatever it needs to be.

Finishing a book isn’t just about committing to shipping. It’s about embracing the fact that there are choices you will make in the construction of this project where failure will occur. You are building something. You are creating something. In the writing of this book there will be failure. You’re going to mess up. You’re going to do something you wish you wouldn’t have done.

And next time you’ll do it differently. The trick is to fail early.

People who have multiple book ideas often ask me which book to write first, and I always reply, “Write the worst book first. Whichever book you pick, that’ll be your worst book.” I’m not trying to be mean, but that’s how a craft works. Writing a book is no exception.

“You don’t want to be someone who just wrote a book once,” as my friend Tim Grahl likes to say, “You want to be an author.”

And an author is someone who makes a living off of writing. Whatever that looks like to you. In all likelihood, you’ve got more work in you.

Which brings us to the final step.

Whenever I get about 60% through writing a book, I get an idea for a new book and lose interest in the original work. Sort of like climbing a mountain and halfway up you see a taller mountain, and want to start climbing it instead.

I have to force myself to finish the project, and what often pulls me through to the end is the excitement of starting something new.

That’s what I live for. The next big thing.

If you’re not prepared for this, you might get halfway through a book project and get distracted by something new and misunderstand the feeling. You might think that the urge to explore a new idea means you should abandon your first idea prematurely. Kicking it out of the nest before it’s ready to fly or putting it away in a drawer to be forgotten.

Since 8 out of 10 people want to write a book and most never do, I can tell you it’s often because they never finish and keep sabotaging themselves with new ideas. This last step is to write another book, but it begins by finishing the first one.

Use the idea and passion for the next, new thing to pull you through the drudgery of finishing the existing project.

The promise of writing the next book provides the discipline to finish your first book.

Many authors are embarrassed by their first book, but their second (or fifth) book would never had a chance if they didn’t finish the first one. Without the first book, you won’t learn the lessons you need for the next one.

What’s going to sustain you as a writer is the determination to keep going, not trying to chase some elusive standard of perfection.

Click here to reserve your seat for my special workshop, How to Start a Daily Writing Habit and Finally Finish Your Book.

What is your biggest struggle when it comes to finishing your book? Share in the comments.

Previous: Embracing the Discipline to Write Your Book
Next: How to Write a Bestseller (and Why That Doesn’t Mean What You Think It Does)