Despite having never written fiction before, I’m working on a novel. Since I don’t know what I’m doing, I keep asking my friend Tim for a shortcut. He keeps telling me there isn’t one. 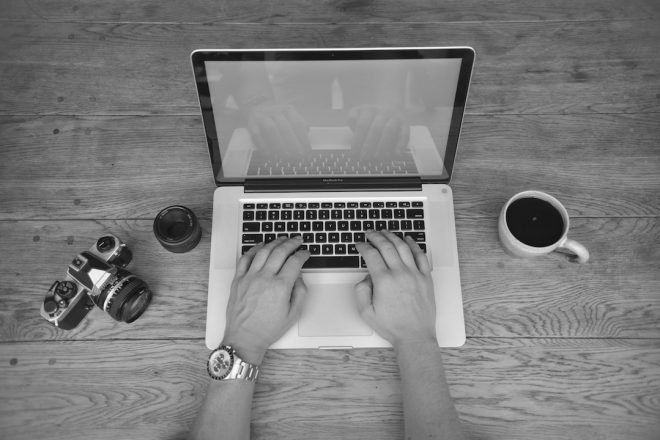 A couple week ago, I started falling behind on my novel and began feeling sorry for myself. I beat myself up, blamed others, and watched a lot of Netflix (because procrastination is how I cope with stress). Suffice it to say, my plan didn’t work. Not writing apparently results in nothing being written.

So, I reached out to a friend for help…

I called up my friend Joe, a writer of fiction and all things creative. He’s also the founder of a wonderful writing blog called The Write Practice.

Joe and I started our blogs around the same time. I focused on nonfiction and publishing self-help books, and he focused on growing as a storyteller. In the end, I wonder if how Joe spent his time was the wiser path.

At any rate, Joe’s a smart guy and one to listen to when it comes to the craft of fiction. I asked him how to finish my novel on time in order to win NaNoWriMo. I was tired of the “there is no secret” malarkey Tim was feeding me and hoping Joe would give me the inside scoop.

He did — but not in the way I expected.

“How do I finish my novel on time?” I asked. “Do I have to listen to a year’s worth of podcast episodes like Tim says? He's lying about about that, isn't he, Joe? About there being no secret… right?”

“Well,” he said, “I don't know about that. But it's possible for you to finish in a month.”

Here’s what he meant:

When Joe was struggling to finish his memoir after working on it for two years, he had a jarring conversation with — guess who? — our mutual friend Tim Grahl. The same Tim who keeps telling me there are no shortcuts (he's lying, right?).

Anyway, Joe was frustrated and decided to get serious about finishing his book. But he wasn’t sure how. So he called a friend, which is always a good idea. And Tim gave him some great advice. And guess what? In 10 weeks, Joe finished his book.

[share-quote via=”JeffGoins”]We become productive when the consequences of avoiding our work become more painful than doing it.

Joe gave himself three deadlines and three consequences, each with increasing severity, for each deadline if he failed. He used the “stick” approach instead of the “carrot,” and in the end, it worked.

These are the consequences Joe implemented:

Joe met his first two deadlines with relative ease. The last one, however, was a challenge. It's one thing to hit a couple early deadlines and quite another to complete an entire book. He knew he needed to raise the stakes.

What was keeping Joe from missing his final deadline. What would prevent him for quitting at the most difficult moment of completing a project and just telling himself he'd do better next time? He had been here before and didn't want to go back to this world of missing deadlines.

So, Joe wrote a check for $1000 to the political candidate he most despised and gave it to a friend in a sealed envelope, already stamped and addressed. If Joe didn't meet his third deadline, this friend was instructed to send it immediately. No grace period, no explanation. Either, he finished the book, or he did not.

In the end, my friend finished his memoir. The manuscript is complete, and now he can edit it.

When Joe shared these incredible results, I was impressed. This was a book he had been working on for two years now, and in a matter of ten weeks he finished it. I realized that I needed consequences for my writing, too.

So I signed up for Joe's community and set three consequences for myself: if I missed my first deadline, I had to stop drinking coffee. If I missed my second, I had to give up TV. And if I missed my third, I had to write a check to Joe for $1000 that he could use however he wanted.

I love coffee and am super addicted to the substance, so I wanted to avoid those withdrawal headaches as much as possible. I also can get into binge watching a show or two and tend to do this the more stressed I am (it's how I cope, remember?). And of course, the last thing I want is to give Joe any money.

Not the most original of consequences, but they motivated me. I struggled hard to hit my deadlines but having something on the line helped. It’s hard to write a novel period, much less in a month. Setting a goal is not enough. You need accountability and consequences.

Get connected to a community

So, that's my challenge to you. Don't just rely on your own discipline to meet your deadlines. Give yourself consequences and find some accountability.

What would that look for you today? To not just set a goal — writing or otherwise — but to get in a community that is committed to helping you achieve those goals?

How could you set some consequences (positive or negative) for hitting or missing them?

Maybe what you need is not more motivation to do your work but a more painful consequence for not doing it. But don't just beat yourself up — that never works. Get around people who will encourage you and celebrate your small wins.

One of the best things I ever did was start a free writing community called My 500 Words, which is a free challenge the offers a month of writing prompts to help writers being a daily writing habit. If you don't have a community to encourage you, you are welcome to join ours (it's free).

If you are a part of a group, then I encourage you to adopt Joe's system and post a public goal, along with some consequences, so that others can hold you accountable. Check in regularly, and get feedback on the process as you go.

You can also check out Becoming Writer, a paid writing community Joe Bunting leads, and see if that’s a good fit for you as well. It worked wonders for me in finishing my novel. (By the way, I'll share my full NaNoWriMo debrief soon, so stay tuned for that. Lots of lessons learned that I'll be sharing soon.)

Do you procrastinate when you’re stressed? How do you get your writing done? Share in the comments.