Last week, I decided to do something I never thought I’d do. I sat down to write a novel. Yes, I’m doing NaNoWriMo, and the lessons to learn from this first novel are surprising. 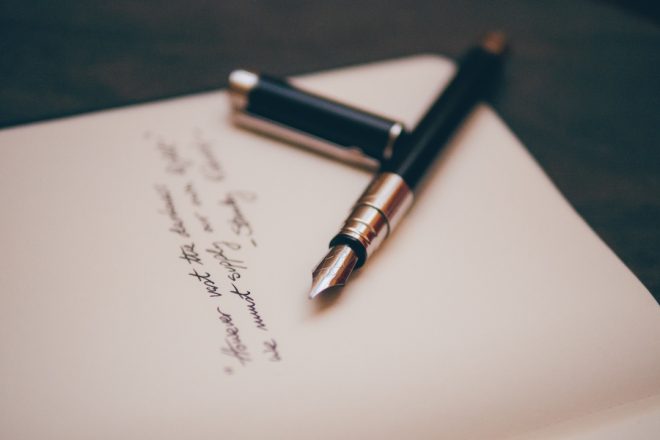 So this is it. I’m finally writing fiction. I’m doing this for a few reasons, and think you should consider making a few changes as well (more on that in a minute). But here’s why I want to try to write a novel:

So I’m going to to try writing fiction. But the truth is I’ve been here before — a long, long time ago.

Remember who you are

When I was 10, I tried writing a graphic novel about a character that closely resembled Wolverine from the X-Men. It was the very epitome of “derivative” and the pencil drawings on college-ruled paper bound by bread bag twisty-ties were a far cry from a professional publication. Nonetheless, it was fun.

Around seventh grade, I wrote another book that was a medical thriller based closely around a Robin Cook novel with some pieces of Michael Crichton’s early work thrown in for good measure. Again, derivative… but still fun.

Then when I was out of college, I wrote a short story — about thirty pages (is that a novella?) — about a seafaring wanderer who finds love with one of the natives on a deserted island, and has to fight a giant dragon for the sake of love. Then I gave that story to my girlfriend who became my wife. Also fun and maybe one of the reasons I’m happily married today.

Then, adulthood happened. And I became a semi-successful author and online entrepreneur. The more work I did, the more success I had, and the greater people’s expectations rose. But I longed for the thrill of trying something new, of becoming a student again.

And sometimes, that can be really scary.

Here’s something many people won’t tell you. The hardest place to be is not where everything you’re doing doesn’t work — the place of failure. That’s an easy place to be. Because if you’re failing, you know you need to keep trying new things. You have to keep moving, because where you are doesn’t work.

The hardest place to be, though, is the place of comfort, where you are successful enough that you’re afraid to risk it all on something that might not work. That’s where I’ve found myself recently. And in this place, creativity dies.

Life is lived best in the place of risk and trust. Things are more thrilling when we are at the edge of what’s possible, beyond what is expected or considered normal. And when we push ourselves to do what we aren’t sure is possible, we grow.

Life is lived best in the place of risk and trust.

So here is my confession: I’m not sure I can write fiction. But I want to try. It’s like the story about the man who climbed the mountain. When asked why he did it, he said, “Because I wasn’t sure I could.”

This is why just a week ago, I stepped up and said something I never thought I’d say, at least not in the past five years of more serious writing: I’m writing a novel.

Why not give it a try?

I’m only a week into this new chapter of writing fiction, but here’s what I’m already learning from the experience of beginning again:

In a world of self-proclaimed experts, it’s hard to start over, to admit you need help. It’s a humbling to rely on other people and once again become a student. But with that vulnerability comes an openness and honesty that almost always leads to better work.

So, I’ve been reaching out to friends and experts who know this world far better than I do. The result has been frustrating, enlightening, and interesting (I’ll share more on this soon). I don’t love this feeling of having to start all over, but I’m leaning into it and it’s been a good reminder that I still have a lot to learn.

This is a bigger deal than you may think. If we’re not having fun, we aren’t fully alive. If we are the most successful people in our fields but aren’t enjoying the work we’re doing, then something is wrong. At least for me, it’s only a matter of time before I quit.

The happiest place for a person to be, according to most modern psychologists, is in the place of “flow,” where what you’re doing is both enjoyable and difficult enough that it requires your best work. Put another way, we thrive as human beings when we do hard things.

The creative life is filled with risk and reward, but sometimes we just need to do something new for the sake of its newness. Not because we’re guaranteed success, but because the worst place an artist can be is stuck. And when we answer that call to begin again, we must remember that community is essential.

So I’m writing a novel. Not because I want to write fiction for a living, but because I’m not sure I can do it. And the newness of this experience is stretching me, forcing me to become a student again, which means I am finding teachers to help guide me.

And here’s the fun part: I’ll be sharing everything I’m learning this month with you. I don’t know what will happen, but I’m committed to the process, to learning and growing and sharing every lessons I collect along the way. I hope it makes me not only a better writer and storyteller, but also a better teacher and guide to this community.

I hope you’ll join me.

The worst place an artist can be is stuck.

Your turn to try something new

There is an edge to this kind of creative work, the kind that stretches you and forces you to grow. Sometimes, other people don’t understand it; sometimes, even you don’t understand it. But your job is to answer that call anyway, the call to be creative – to try new things even if they don’t succeed.

When we do this, we grow. We become more of the artists and writers and entrepreneurs we aspire to be. We end up doing better and more interesting work, the kind we can be proud to tell our grandkids about.

So wherever you are, today I want to challenge you to try something new. Not because you’ll be great at it, but quite the opposite. Because you may be horrible at it. But enjoy the lack of pressure associated with such an attempt.

There is awesome freedom in the experience of doing something you aren’t expected to be great at. Have fun, take risks, and remember that the ability to try new things is one of the characteristics that makes us human.

It is in the new that we remember we’re alive.

If you feel stuck, as I have felt in the past, then maybe it’s time to shake things up. Maybe it’s time to write a novel or pick up music lessons. Maybe it’s time to take up cycling or weight lifting, to learn how to swim or play the banjo. I don’t know. But I do know that you weren’t put on this earth to just keep doing the same things over and over again, to never try anything new, to not risk failure.

It is in the new that we remember we’re alive.

What is something new you want to try? What have you learned from becoming a student again? Share in the comments.

Previous: Why Even Cats Need to Become Better Writers (and Maybe You Can, Too)
Next: 128: How to Write a Novel in a Month: Interview with Grant Faulkner