[specialbox]Note: This is a guest post from John Ruhlin. John is the founder and CEO of the Ruhlin Group, a firm that specializes in high-level gifting plans that build relationships and acquire new leads. He is the author of the recently released book, Giftology.[/specialbox]

Who are the most important people in an industry? Some would say the CEOs of leading companies, but for me, it’s the authors, experts, and consultants. 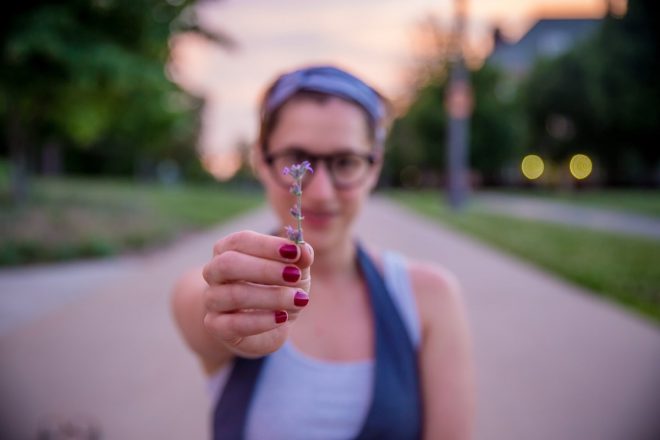 These guys might not have staffs of thousands, but they’re the people with tribes, and their followers are loyal. My most important contacts are people like Shep Hyken, Hal Elrod, and Derek Coburn. These guys have fewer than 15 employees each, but their influence stretches way beyond those small circles. When they talk, people listen. Maintaining good relationships with them means being connected to all of their followers.

How do I do that? With well-chosen gifts.

Western culture has done everything it can to take the human element out of business, but we still crave personal connections. The right gift can bring that back to the table and get an influencer interested. In my new book, Giftology, I tell the following story about the importance of choosing the right gift — and how it can lead to a lifelong friendship.

Back in 2007, I attended the 25th anniversary celebration for the Entrepreneurs Organization in Las Vegas. Nobody I knew was going, and I was worried I didn’t belong in that kind of celebrated company.

Then, while wandering through the corridors of the convention center, I passed a room crowded with people. I was intrigued, so I stepped inside, and at the center of everyone’s attention was Cameron Herold, the business guru who grew 1–800-Got-Junk? from $2 million to $126 million in six years without spending a cent on advertising.

He was a great speaker, and I hung around for an hour afterward to meet him. I mentioned I was from Cleveland, and he said he was flying out that way soon to give a talk.

Here was an opportunity. So I asked him what else he’d be doing in town. He said he’d probably just go pick up some new clothes from his favorite store: Brooks Brothers. We arranged to meet up his first night in town, but before I left, I asked for his shirt size because I wanted to send him a dress shirt to say thanks for helping me.

The day he arrived, I went over to Brooks Brothers and bought everything the store had in his size. I dashed over to his hotel, arranged for it all to be laid out in his room as it was in the store, and I waited for him to get there to choose what he wanted. His flight was delayed, and he was exhausted, but when he saw what I’d done, he was blown away.

Now, he invites me to meet every client he has. He’s a mentor and a friend. And all it took was a well-chosen gift.

How some people go too far

But it’s important to target gifts correctly. People love the extra mile, but if you run a marathon instead, you’ll only look desperate. Gifts shouldn’t cost more than a nice dinner or a round of golf.

It’s usually best to avoid clothes and jewelry, too. That might sound hypocritical given what I said about Cameron, but I knew for a fact that he liked Brooks Brothers, and I didn’t just buy him a gift; I bought a range for him to choose from. You never know what colors and styles people like wearing, so it’s best to play safe with clothing.

It’s also inadvisable to slap a picture on something. We all love to see our names monogrammed on shirts or slapped on the sides of buildings, but our faces? That’s just creepy.

The same goes for gifts for the kids. Assistants and spouses are fair game, but buying toys for the kids starts to look stalker-ish.

People like useful tools they would never dream of buying for themselves, and they love it when those things are personalized. The Code 38 wine knife is one of my favorites. It might cost $200 to $600 depending on extras and personalization, but it’s a world-class wine tool that regular entertainers will value for years.

A $20 sports sweatshirt from Walmart is a gift for the thrift store. Avoid cheesy gifts, and choose something that represents both you and the recipient.

We worked with a startup that was trying to get noticed by Target, but the president of the electronics division was impossible to reach. A little research told us he was a University of Minnesota guy through and through, so we took a giant slab of cherry wood, carved the Gopher logo and fight song lyrics onto the front, and sent it over to the office. A meeting was set for the very next week.

Don’t just assume your gift arrived. Packages get lost and stolen, so follow up to confirm arrival. It can be tacky to ask the recipient if he or she received it; contact the company that helped send it instead.

You’re looking for a gift that has impact, and a thank-you note is the first clue that it was appreciated. But look for the deeper signs, too. Did the recipient post about the gift on social media? Did he or she mention it in conversation months later? Those are the signs that you nailed it.

How can using well-chosen gifts help you connect with key people? Share in the comments.