Note: This week, I’m finishing up a free series on building an audience and writing for a living. Don’t miss it! Watch the first video here.

I used to think becoming a writer was just about writing a lot and waiting for your big break. It’s not. 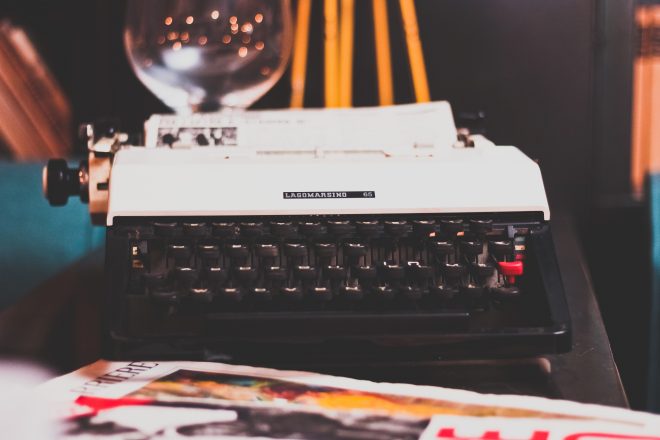 It’s probably not a coincidence that Entrepreneur decided to run my article about networks and creative work the day I first published this blog post. I don’t believe in coincidences — at least, not when writing is concerned.

If you want to get your writing noticed, if you want the world to hear your message, you can’t just sit in a cabin and write all day. There’s more to mastering your craft than that. You have to put yourself, and your work, out there.

For the past week, I’ve been teaching a free series on how to build an online audience, distilling all the lessons I’ve learned from building an audience and going pro with my writing. It’s been fun, but one thing I’ve noticed when you talk about your successes is that people like to invent myths about you.

“You just came out of nowhere!” is something people occasionally say to me. They mean it as a compliment, but I always have to set the record straight.

I’m not an overnight success

I once heard Steve Pressfield share a lesson about the much sought-after “overnight success” we all dream of, and it immediately resonated. Here’s the story in Steve’s own words:

There’s a story about the Oscar-winning actor Walter Matthau. A younger thespian is bemoaning his own struggle in show biz. “Mr. Matthau, I’m just looking for that one big break!”

In the story Matthau laughs. “Kid,” he says. “It’s not the one big break. It’s the fifty big breaks.”

There are no big breaks, only tiny drips of effort that lead to waves of momentum.

I was able to build an audience of 100,000 people in 18 months because I had spent eight years failing at it. When I learned all the ways to not do it, I finally figured out one way that worked. That’s how you succeed: you fail so many times that you run out of options and the only thing left is success.

But let’s be clear about one thing: Luck is proportionate to your frequency of attempts. It increases with the amount of work you put in.

There are no big breaks, only tiny drips of effort that lead to waves of momentum.

How I built an audience

In a nutshell, here’s what I did (and what I recommend you do to bring attention to your message):

To learn more about how I did this and have helped thousands of others follow the same process, watch today’s free video (only available for a limited time).

In this free video, I share the four-step process I used to build my audience but also share a case study of how one author used it quit her job and start writing novels full-time. In it, you’ll learn:

Ready to go pro with your writing? Watch today’s third and final video to find out. Be sure to leave a comment on that page, sharing what you’ve learned from this free video series so far!

Previous: Building an Audience: Why You Don’t Have to Do It “Their” Way [Podcast]
Next: The Best Way to Not Become a Writer