I'm not sure what I was expecting when visiting my first mud hut in the middle of Africa, but this was not it. I wasn't expecting hope. 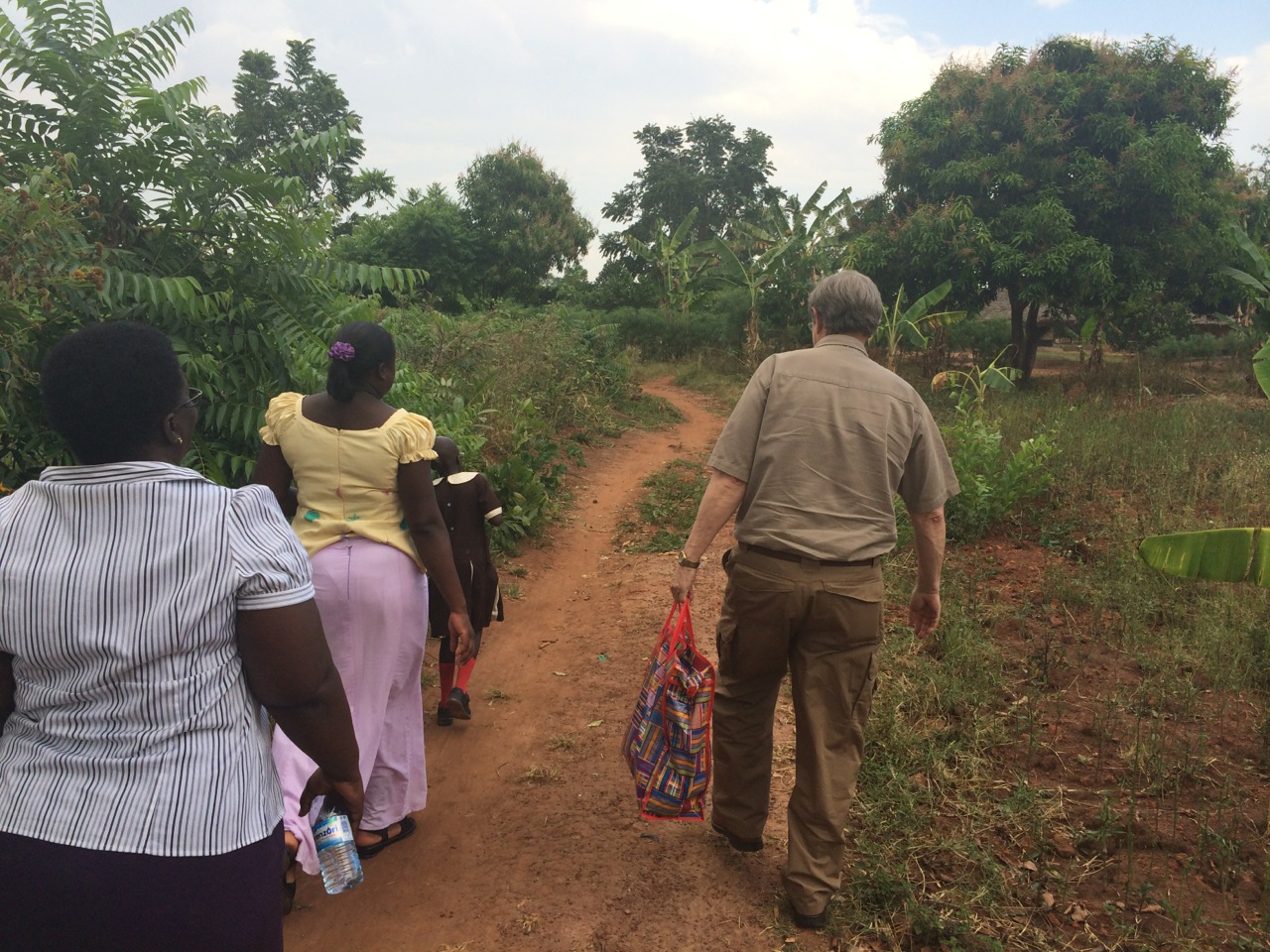 “Is this where you live?” Wess asks the little girl as we march up the dirt path to her home.

Otherwise stoic, her attitude brightens a little as we reach the top of the hill and are greeted by her parents — at least, we thought they were her parents.

Sam, the man of the house, is quick to correct this misunderstanding. Nine year-old Kevin is his sister-in-law. He and his wife, Christine, took her in after the mother disappeared. She suffers from mental illness and has the unfortunate habit of abandoning her children.

I am surprised by what I see here.

Three sturdy mud huts with thatched roofs make up the family's home: one a kitchen, and the other two a couple of bedrooms. As we tour the premises, I notice each building is well kept, the floors neatly swept and things put away where they belong. 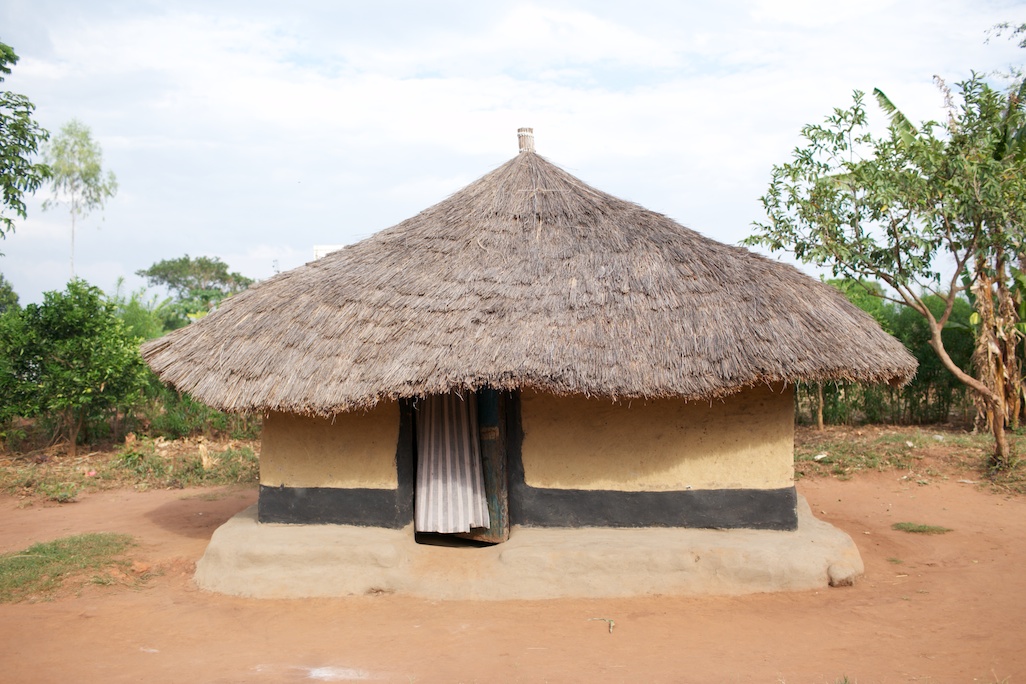 There is a familiar order here, a pattern that feels like home.

The place is modest, but you can tell they take great pride in what they have. Despite my expectations, I don't feel sorry for them. They don't need my pity; they have something better.

Life is tough here, there's no question about it. This past year, the couple lost a twin baby boys, a wound they are still healing from. Their son, Augustine, is deaf, and they don't have access to opportunitites that would make life easier.

But there is hope in this place, I can feel it.

I ask what the family does for fun, and the translator stares at me, looking confused until I repeat myself. And then Sam answers the question:

We do everything together. And to us, it is fun.

His dream is to someday build a house and get more land to farm. He already has several crops and runs a storefront by the road, but the opportunity to do more for his family is what spurs him on.

It's this belief in what could be that fuels him.

Poverty is a mindset

I have seen poverty. I have been to slums and stared despair in the face. I have encountered inescapable despondency. This is not it. This is something different. Something redemptive.

Poverty, as I understand it, is more than your economic situation or a lack of resources. It's a mindset.

That feeling of utter helplessness, of being stuck in a situation from which you cannot escape — that's what it means to be poor.

There are people in this world who lack basic necessities, who need legitimate help, but that in itself is not poverty. Poverty is an attitude that crushes your spirit.

And as I sit down with this family, I do not see poverty. I see possibility.

When we come into Kevin's room, she is still guarded but trusting enough to show off her dress collection. She proudly points out her favorite one, which her sister tells us was provided by a child sponsor from Compassion.

Christine tells us how the sponsor also provided gifts that have allowed the family to buy some goats, pay for school, and meet other needs. Which, she admits, they could not have managed on their own.

Such relief is financial in one respect, but without the family's faith, their belief that things can get better, the gift would be short lived.

I'm beginning to understand that poverty isn't defeated with wealth; it's overcome by hope. [Tweet that] 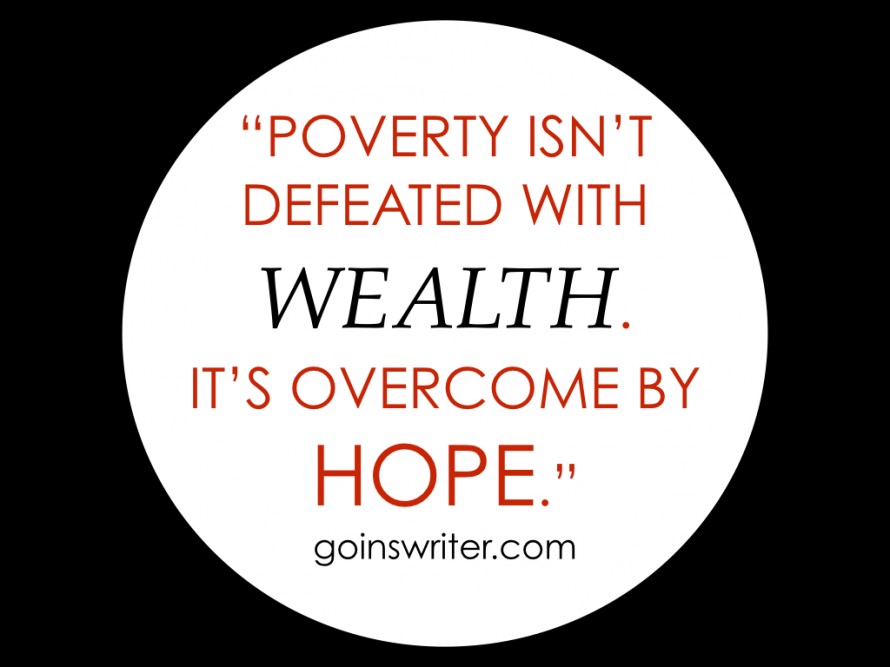 The power of possibility

As we get ready to leave, Wess looks at Kevin, who hasn't smiled once the whole visit, and then turns to the couple to say:

Sadness can destroy a child's spirit.

If you've ever been wounded, you know how tragedy robs a person of her innocence, how it can deprive you of your expectancy of good things. And the scars of childhood take the longest to heal.

It would be easy to look at Kevin's situation and see despair, but you wouldn't be looking closely. You might miss the fact that she no longer prefers to eat garbage over table food or that she's writing and socializing now, even singing and dancing, when two months before she could barely write.

She can still be hostile and difficult, but she is also learning to play with others. And behind her aggression is a deeper story: there's still more healing to come.

Although there is deep pain, suffering that cannot be cured by platitudes, there is also possibility. And that doesn't look like poverty to me. That looks like hope.

Before we go, Kevin tells us what her dream is: to become a teacher so she can help children just like her. And I recall something someone said over dinner last night:

“When you help the poor, they always find a way to help others in poverty.”

The gift of hope

Today, I saw the power of what a simple gift can do and how hope comes in little, unexpected bundles of action.

Kevin's life, and her family, is being transformed — not in great, big Hollywood ways that we sometimes expect, but quietly and slowly as most true change occurs.

And why is this happening? Because someone halfway around the world decided that she mattered. That hope was a possibility for her, too. And this person took action. 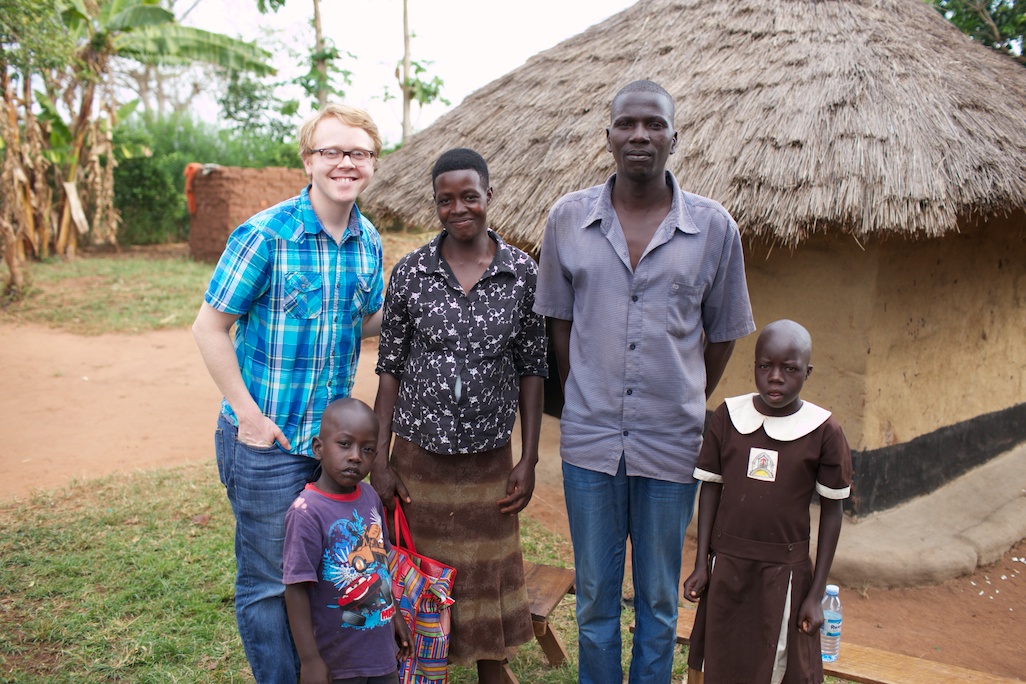 Today, I saw what happens when kind people do brave things, and I want to be a part of that. Maybe you do, too. I don't know what that looks like exactly, but it probably begins with realigning our definitions of wealth and poverty.

And if you've been stirred, as I have, to take further action here are a few more things you can do:

What's an example of a poverty mindset in your own life? How did the power of possibility change that for you? Share in the comments.