[specialbox]Note: This is a guest post from David Burkus. David is a best-selling author, speaker, award-winning podcaster, and management professor. You can learn more about David at DavidBurkus.com.[/specialbox]

As a writer, your creative success depends not only on coming up with great ideas. But also with getting those ideas seen and heard by your target audience. 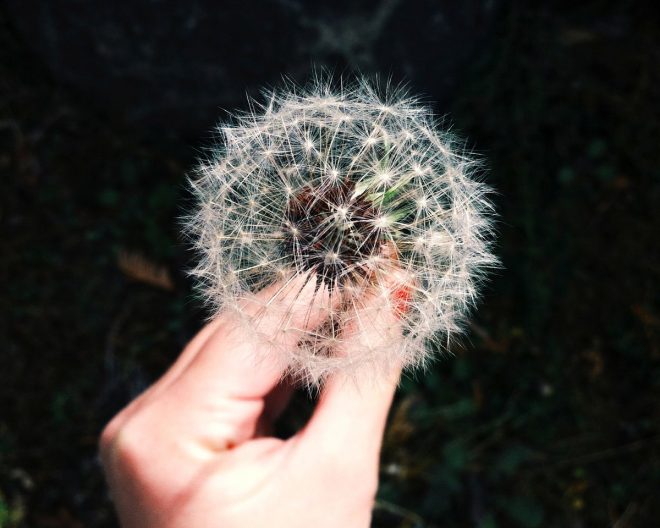 We like to think that great ideas are recognized as such from the beginning, but in fact, that is rarely the case. I learned this the hard way when my first ebook crashed and burned so fast that I resorted to giving it away for free.

Research shows we’re not as good as we think at recognizing the value of creative ideas. If you search for a definition of creativity, you will likely find a definition that says creativity incorporates words like “new” and “useful” (or similar synonyms like “original” and “valuable”). For something to be seen as a creative idea, it has to be both new and useful. But, it turns out, we humans are terrible at seeing the useful in the new.

For your work to be seen, it has to depart from the status quo. But that departure makes many people uncomfortable. Despite our oft-stated desire for more creativity, we also hold a stronger desire for certainty and structure. When that certainty is challenged, a bias against creativity develops.

So how can you improve the chances of getting your great idea adopted? Ask Everett Rodgers.

In 1962, Rodgers published Diffusion of Innovation (where he coined the term “early adopter”). This was was the end result of a large-scale research project on why innovations spread. Rogers, then a sociology professor at Ohio State University, collected the results of over 500 studies on why creative ideas are adopted among people and organizations.

He found that five factors greatly enhanced the chance that those judging an idea would adopt and spread it: relative advantage, compatibility, complexity, trialability, and observability.

This is the degree to which an idea or product is perceived as better than the existing standard. Just how much of an improvement is it over the previous generation? The higher the relative advantage, the greater the chance of adoption.

Many of the most renowned works of art are heralded for the way in which they dramatically moved their genre forward. If your nonfiction writing doesn’t bring a significant new knowledge, skill or perspective, or if your fiction writing fails to entertain, then the odds of anyone talking about it are slim.

Relative advantage is what most people think of when they visualize something being “creative.”

How easily can I use my past experience to understand how this new product functions or what this new work means? The higher the similarity with existing norms, the better the chances of adoption.

Ideas and people that miss the compatibility factor are often described as too far “ahead of their time.” For example, for all of their ground-breaking special effects, many blockbuster films often borrow plot elements from Joseph Campbell’s monomyth—or the hero’s journey—to make them compatible with the stories we already like, from the original Star Wars to that brand new Star Wars.

How easy is it for people to understand your new idea or product? Is your idea a simple extension of logic? Is it an easy-to-read piece? If the work or product is seen as highly complex or difficult to grasp, people will shy away from engaging with the work or adopting the idea.

Think about how Google rose to the top of the search wars, in part because of their backend algorithm, but also because their home page was uncluttered and easy to grasp. Or how mega-selling writers like Simon Sinek boil their 200+ page book into a simple mantra: leaders eat last.

How effortless it is for your target audience to interact with your new concepts or experiment with your product? How easily can they try it out? The more potential users or patrons can test the product or view the work, the more likely individuals will adopt it.

In the past decade or so, many recording artists and groups like Jonathan Coulton have taken trialability to new levels. Jonathan gives his music away for free and he adjusted his business model to leverage live concert tickets, giving him the ability to make a full-time living from his music. Listeners try for free and demonstrate their support afterward.

The more they can try it, the less uncertainty there is around committing to it. Writers building their platform through blogging first and writing the book once a tribe has assembled are leveraging the same principle.

Observability is the noticeable result of trying or consuming your idea or product. When new products are highly visible, it drives more people to share it and increases the likelihood of mass adoption.

One of the reasons for Banksy’s success, an English graffiti artist, is the observability of his work. Many artists challenge social conventions in unique, seemingly playful ways, but Banksy’s work is highly public and easily shareable. It isn’t just stuck behind the glass in a single gallery or museum. Likewise, when people see the dramatic change experienced by those who read your work, they practically invite themselves to join.

When all five of these factors are met, ideas and creative works are far more likely to be widely adopted. As such, they make a useful litmus test for judging if an idea is ready to be presented to the world.

Regardless of how much enthusiasm you have for your new idea, you need to take an unbiased assessment of it against these five factors. This will provide you with a good gauge of whether your excitement will translate to success. If most of these factors are lacking, perhaps it’s time to rethink your work or refine your pitch.

Do you have a new idea or product you're developing? How does it fit the criteria of these five factors? Share in the comments.