Two years ago, I launched The Art of Work, and it went on to sell over 50,000 copies in the first year. I wrote about how it became a bestseller here, but I omitted one crucial element until now. 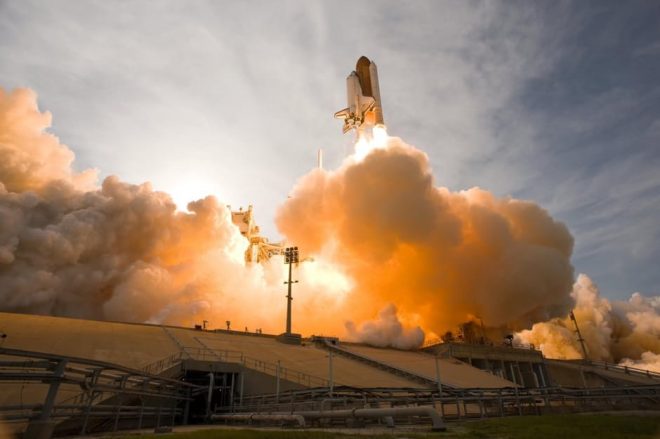 But the one thing I didn't tell you was this:

If I got rid of 80% of what I did and only focused on three things, the book still would've sold 50,000 copies. And in this post, I'm going to tell you what those three things are and how you, too, can launch a best-selling book.

It took me years to learn this. I didn't even realize it when I was launching a bestseller. I thought I was just hustling and getting a little lucky. The truth was far more simple.

All you need to launch a best-selling book are three things. Let's explore the first…

When I first started writing, I reached out to Tim Grahl, who was a growing authority in the book marketing world, and I asked his advice.

“Well,” he said, “how much are you emailing your list about it?”

“No,” I said. “Tim, you're not listening to me. I want to sell more books. We're not talking about marketing an online course or something. I need publicity. I need end caps at Barnes and Noble. I need to be on Oprah. Can you get me on Oprah?”

I mentioned this a couple weeks ago when I told you why every author needs an email list. That's still true.

Having an email list is the most important asset a modern writer can have.

Because it gives you instant and immediate access to your audience with the push of a button. An email list is like money in the bank for an author. You keep making investments (i.e. subscribers) until one day you want to make a withdrawal (book launch). And if you invest more than you withdraw, you'll always have money. You'll always be in control of your success.

But most writers overlook this, and they pay dearly for it. If you want to launch a best-selling book, you're going to need an email list. That's the first thing.

But as I mentioned, there are two other things you need…

No one succeeds alone (you need a network)

The second thing you need to launch a best-selling book is a network of people who can talk about your book for you. This includes:

If I had to launch a book tomorrow with zero budget, and all I had was my laptop, I would just start emailing all my friends, and ask them to share the book.

Word of mouth is still the most powerful way to get a book to sell and spread, but the truth is you can help people talk about your work.

How do you do this?

It doesn't just happen (you need a plan)

The last thing you need is a plan of action. For The Art of Work, our plan was fairly simple. There were a lot of bells and whistles to it, but at its essence, we were trying to do just two things:

This meant that I strategically picked about ten influencers whom I knew had larger email lists, and I asked them 90 days before the book came out to share it with their audiences. Some said no, but many said yes.

And 90 days later, I had sold 15,500 copies before the book had even hit the shelves. It became an instant bestseller, meaning the first week it released it was on the USA Today, Publisher's Weekly, and Washington Post bestsellers lists.

How did this happen?

We had a plan. It was simple, but the things we had to do every week were not simple. There were a lot of elements to remember. Even though people were talking about the book, we had to remind them when to say what.

And the only way this was possible was with a master document of everything my team and I were doing, along with a schedule of what to do next and when.

But what about social media and all that?

As I mentioned at the beginning of this article, I learned all this stuff after the fact. I didn't realize a book launch could be simple, but also strategic. I didn't know that 20% of what we did brought about 80% of the results.

But after sitting down and looking at the numbers, I was surprised:

This is how you launch a bestseller. You create strategic relationships with the right people. You harness the power of email marketing. And follow a proven plan.

How did your last book launch go? What do you wish you knew before you started? Share in the comments