I used to think a lot about my funeral. I wanted to do great things and be remembered by people. I wanted them to say nice things about me after I was gone. I thought I was talking about legacy. But really it was all about ego. 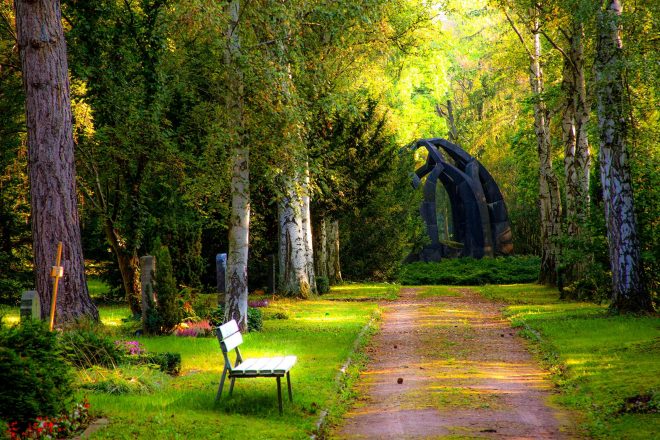 Let me tell you a little something about me that is embarrassing to admit:

I care a lot about what people think. I wish I didn't. But I do.

Note: Click the player below to listen to this lesson.

Recently, I removed all social media channels and even email from my iPhone because I just couldn't handle the constant feedback loop any more. I was comparing my life to other people's highlight reels, and it was making me pretty unhappy.

If you were a close friend of mine, at some point, you and I would have gotten into some kind of disagreement that stemmed from a conversation we had or didn't have in which I mistook something you said as basically you not liking me.

What people think about me, when I'm not emotionally healthy, can plague me.

So naturally, a person with my insecurities would think a lot about “legacy” — what people think about you after you're gone.

Let me share with you, though, my proudest accomplishment and what I learned from it.

Lesson 8: Focus on impact, not legacy

In college, I was part of our student government and was assigned the task of writing a school Honor Code. This is basically a code of conduct for the student body that says you won't cheat, etc. This was Sophomore year.

After working with multiple partners on this project, appealing to the students, faculty, and administration multiple times, we finally finished the Honor Code.

It was passed my senior year, the week before graduation.

I've written about this before in my book, The Art of Work, where I share that your calling really isn't about you and that the work you're meant to do should be bigger than you can do on your own. That's what I learned from this project.

Once we passed the Honor Code, it needed someone to actually implement it. I entrusted that task to another student — a Sophomore at the time named Josh. And the next year, he helped make the idea of the Honor Code a reality.

Earlier this year, I was visiting my alma mater for a speaking engagement and happened to drop in on a writing class to talk about publishing and such. As I looked around, I noticed at the front of the classroom was a laminated document adhered to the wall.

It was the Honor Code.

Except it wasn't mine at all. My name was nowhere on it. I even asked some students about it and none of them could tell me where it came from or who wrote it.

And you know what?

I loved that. The anonymity of it. The lack of credit. It felt good to create something that helped other people. It felt like the right kind of impact, the kind that makes a life worth living.

Maybe you call that legacy. I call it impact, and as you build the kind of life you've always wanted, I want to encourage to do this:

Forget legacy. Do work that matters. Help people. Give away the credit.

It's way more fun than putting your name a building. Trust me.

If you want more help with this sort of thing, I recommend you sign up for Michael Hyatt's goal-setting program 5 Days to Your Best Year Ever.

What are you doing to make an impact? Let me know how it's going in the comments.