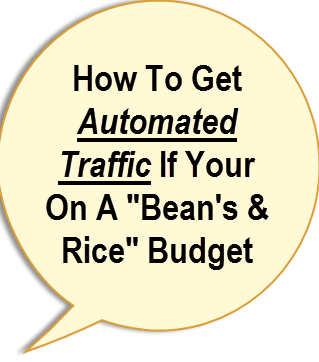 Last night, I signed in to Facebook to see this hilarious, but serious, advertisement in my feed.

Under the image, there was a debate about whether or not we should care about “little things” like typos.

One group of people said they didn't mind the typo and that it wouldn't affect their purchasing decisions. And the other (of which I was a part) was outraged.

The person responsible for the ad said he was aware of the typo (there are actually two — bonus points if you can find them both), but it would take 10 minutes to fix. So he wasn't going to bother. Plus, the ad was converting just fine — no need to change a thing, he said.

This raises an important question: What really matters?

Here's the truth: If what you do is merely a means to an end, then how you work is irrelevant. All that matters is the outcome. But maybe that's not all there is to consider.

If you steal a scene from a movie for your memoir, it doesn't matter that it didn't happen, does it? What matters is whether or not the book sells… right?

If you beat and shame your kids into compliance — and as a result, they become well behaved — then you're in the clear. You're an “effective” parent… aren't you?

And if the way you sell stuff to your audience insults their intelligence but allows you to meet your bottom line, don't worry about “little things” like trust and permission. After all, this is marketing, not English class… so who cares?

Certainly, there are successes to be made with this kind of thinking, but there's also a cost. And for those of us who care, who believe how we do something is as important as what we do, it may not be worth paying. (I personally don't think it is.)

The alternative is to care about everything, which is hard (but important).

It requires the audacious belief that everything we do matters, even the little things like watching typos and paying our taxes and not cheating our employers out of a few hours of work.

And who has time to worry about those things? We've got stuff to sell… right?

For what it's worth: If you want to build a platform, the little (but intentional) things are what matter most. Success, in my experience, is more about habits than big breaks. I talk more about that in this interview.