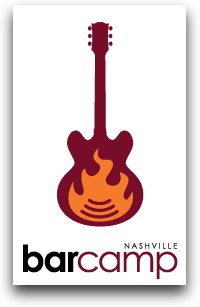 When Twitter started five years ago, I had no idea what it it was or how to use. But I knew that it was important.

At first, I resisted, but eventually I signed up for an account.

Then, I had to actually use it.

Then, I went to Barcamp.

Barcamp is a local meetup in Nashville (and other cities). In my city, it's a free unconference for local technology professionals.

The first time I attended, I was overwhelmed. People had smartphones and Macbooks and were generally cooler than me.

But eventually, I learned about things like hashtags and how to use it.

All thanks to this little conference.

It taught me a lesson about how to discover and use new technology. Here are three ways to do it:

Influencers usually want to stay on the cutting edge of technology and tools that would allow them to reach more people, so it's good to watch what they're doing and learn from it.

Pay attention to what the professionals are doing. Do you know a coder or designer that likes to be an early adopter? Follow their blog and watch what they're doing on social media.

My friend Kyle Reed is my go-to guy for new tools — he's always generously sharing what's worth (and not worth) his time. Thanks to him, I starting scheduling tweets through Timely, an excellent productivity tool for Twitter.

Lastly, of course, check out local events and conferences that teach on how to use technology. If you can make it to something like South by Southwest, great. But if not, there are probably plenty of opportunities in a nearby city.

I attend events like Barcamp and Podcamp, because I always get at least a few important things out of it:

If you're wanting to not be a laggard and discover the next Twitter, you should definitely be following people on the cutting edge and follow sites like Mashable.

But more than that, you should just try to get around people and events who are sharing how to use technology to make a difference. I would highly recommend asking around or Googling to see if there's a local Barcamp or Podcamp near you.

This post was part of the Barcamp Nashville 2011 blog tour. If you're in the area, you should go. Hope to see you there!